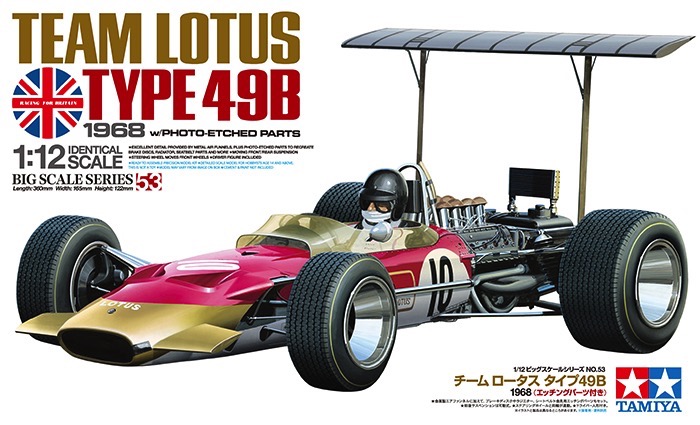 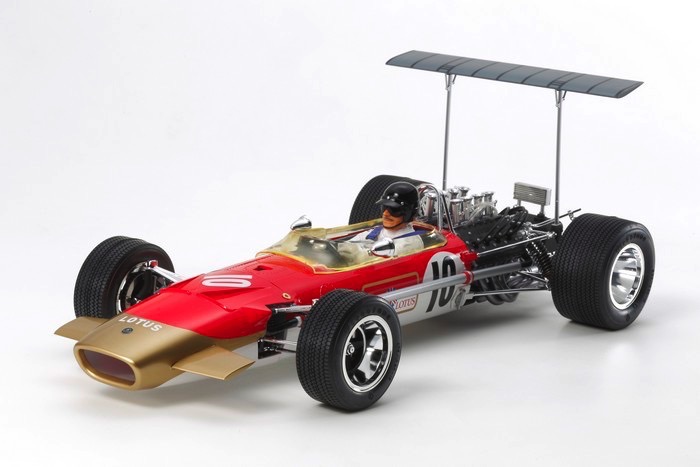 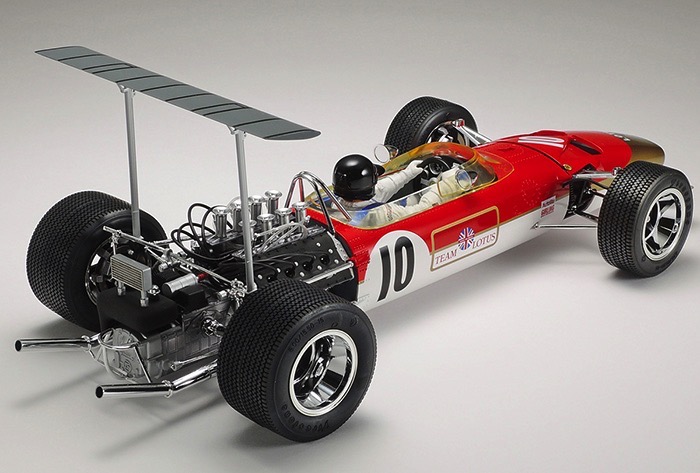 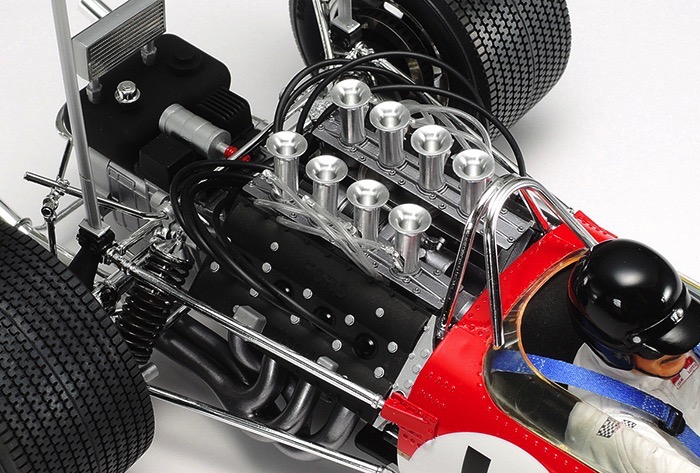 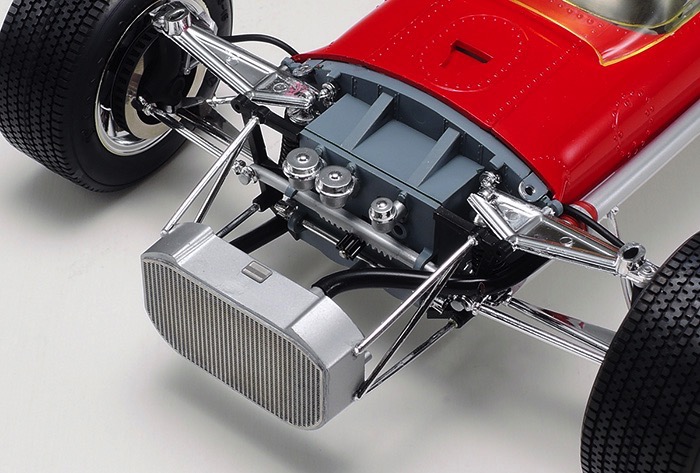 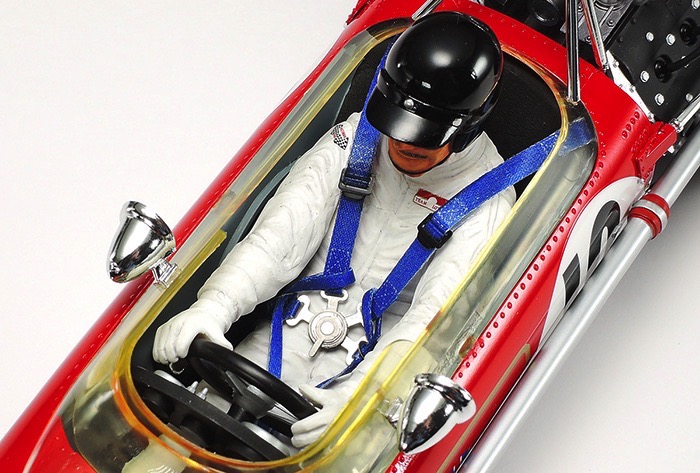 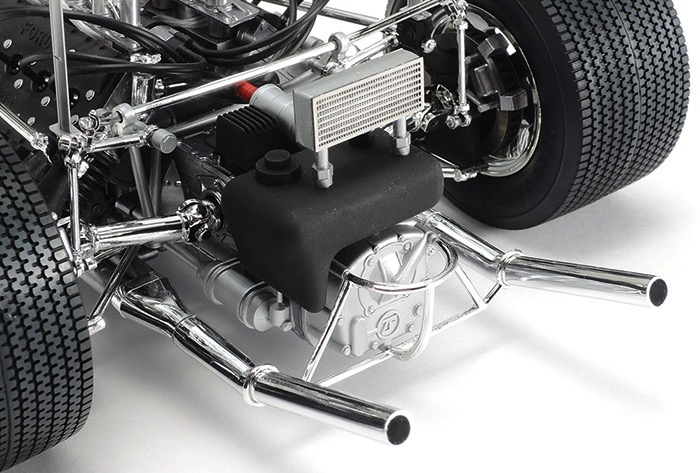 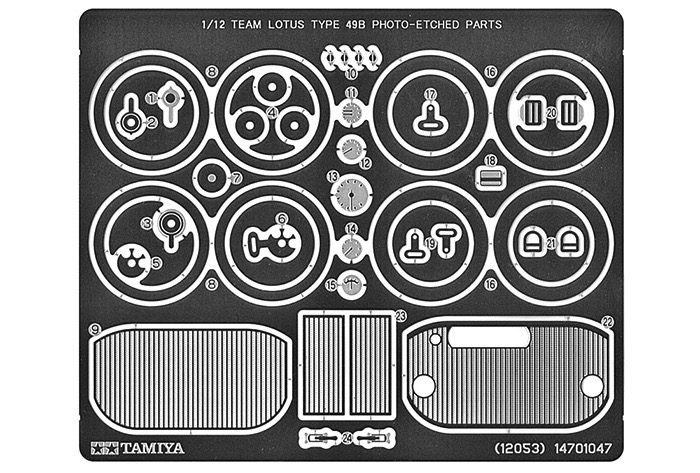 DISCONTINUED This product has been discontinued
and is no longer available.List price: $142.00
You pay: $95.19
(All prices in U.S. Dollars)

The Team Lotus Type 49B evolution debuted in the third race of the 1968 Formula One racing season. It kept the DFV Cosworth engine as a stressed member, while adding downforce-improving revisions such as a front wing and wedge-shaped engine cowling. From the sixth race on, a distinctive high rear wing was added, which was attached directly to the rear uprights (other teams attached theirs to the engine block) so as to feed downforce directly back to the suspension. Furthermore, ever-inventive team chief and designer Colin Chapman adorned the 49B in sponsor colors; it was essentially the first time that had been done in Formula One, and quickly set a trend which continues even into the modern day. That year, the Type 49B would make driver Graham Hill and Lotus champions as the British team overcame the devastating loss of mercurial driver Jim Clark.