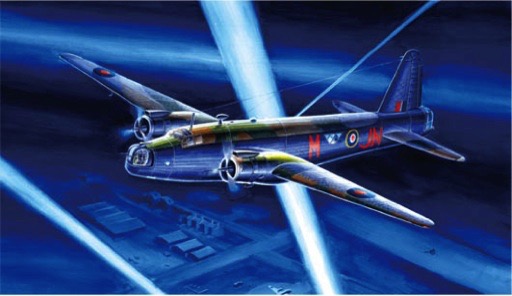 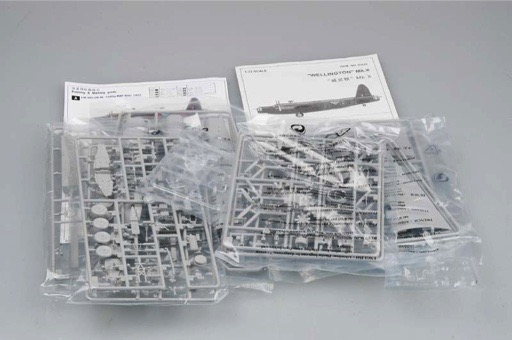 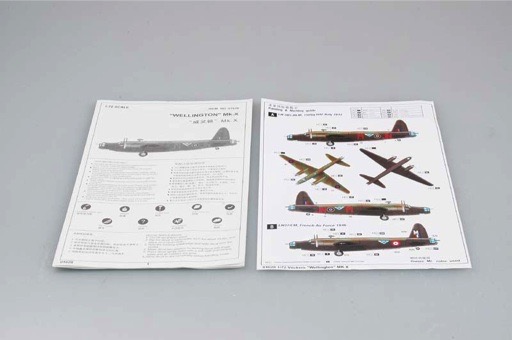 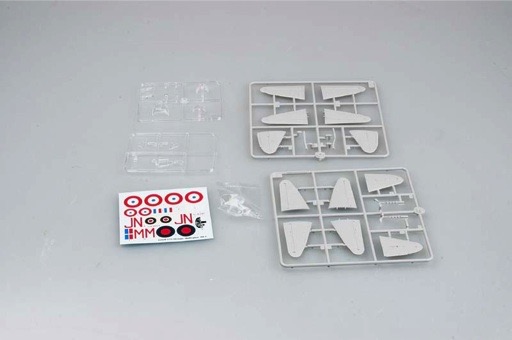 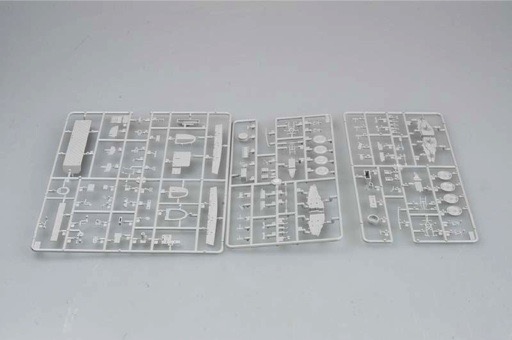 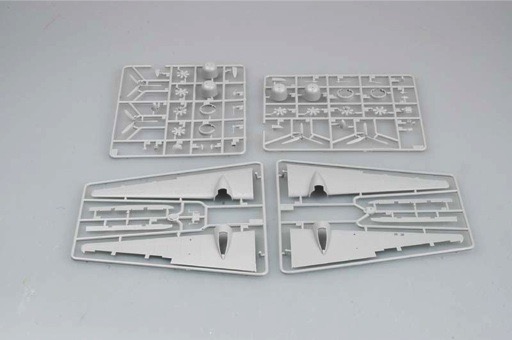 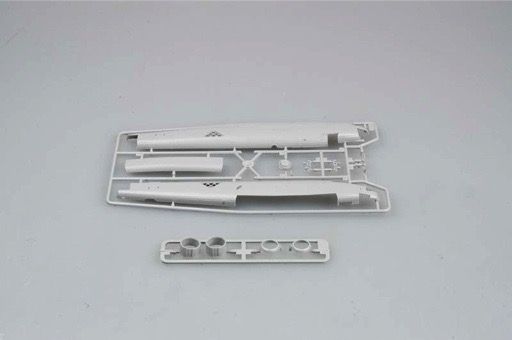 The Vickers Wellington was a British built twin-engined medium bomber of geodetic construction which was first deployed with the RAF in 1937, and the prototype first flew on 15 June 1936. It was the main British bomber during the first part of WWII, but the RAF was soon forced to abandon daylight attacks because of its vulnerability. The Wellington was in production until the end of the war. After its replacement in RAF Bomber Command by the new four-engined bombers it was flown on numerous other duties, and some were used until 1953. The Mk.X introduced a fuselage structure of light alloy, instead of steel. There were also prototypes and a small production series (about 60) of the Mk.V and Mk.VI, with early cabin pressurization systems, which did not enter service.