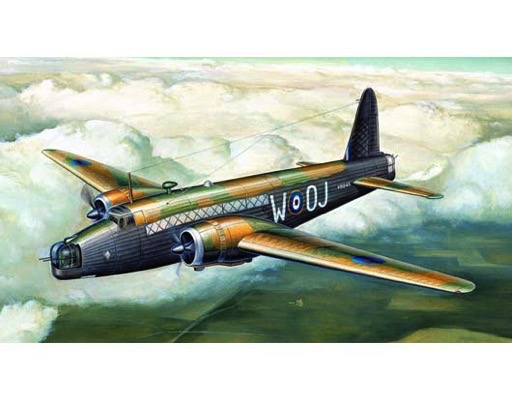 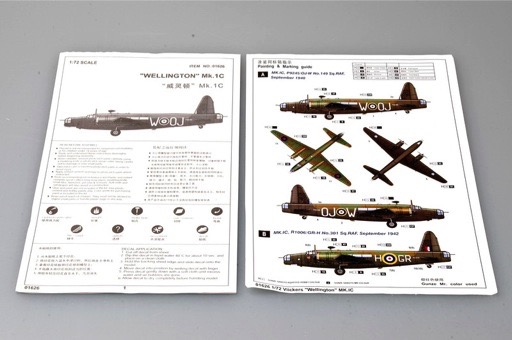 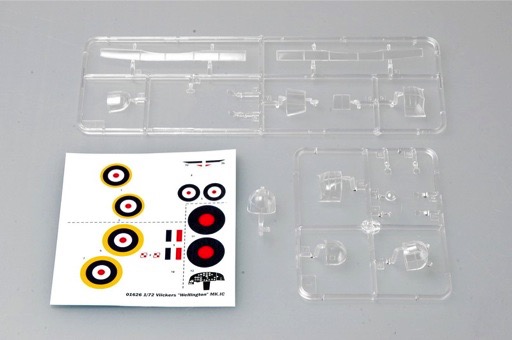 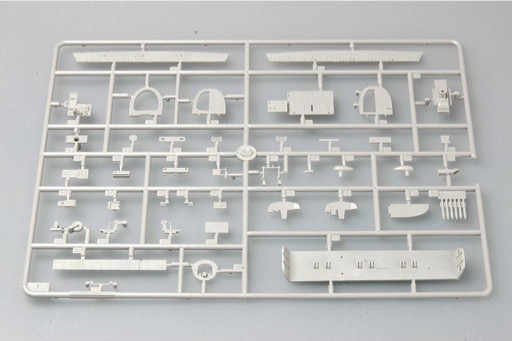 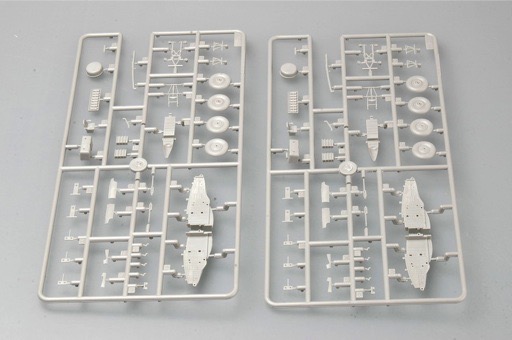 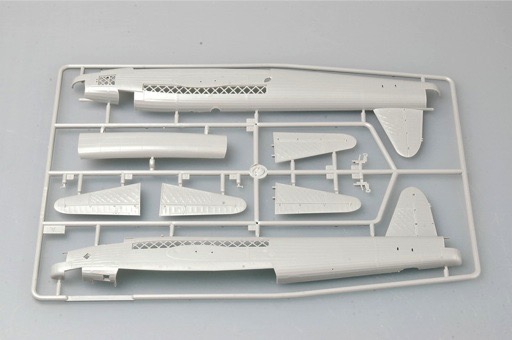 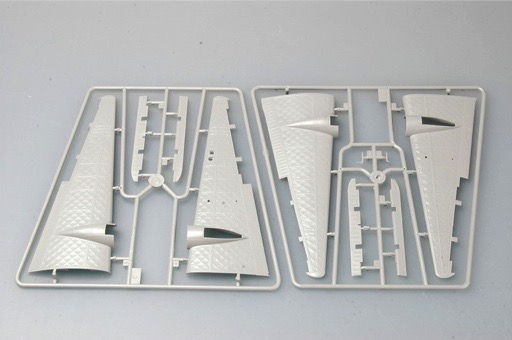 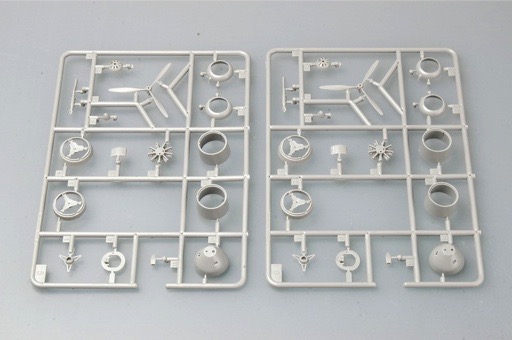 The Vickers Wellington was a twin-engine, medium bomber designed in the mid-1930s at Brooklands in Weybridge, by Vickers-Armstrongs' Chief Designer, R.K. Pierson. It was widely used in the first two years of World War II, before being replaced as a bomber by much larger four-engine designs like the Avro Lancaster. .The first main production variant was the Mk IC which added waist guns to the Mk IA and a total of 2,685 were produced. The Mk IC had a crew of six; a pilot, radio operator, navigator/bomb aimer, observer/nose gunner, tail gunner and waist gunner. Length: 64ft 7in Wingspan: 86ft 2in Height: 17ft 6in Empty: 18,556 lb Maximum takeoff: 25,800 lb Speed: 235 mph Ceiling: 22,000 ft Range: 2,550 mi Armament: Eight 7.7mm machine gun; 2,014 kg bombs