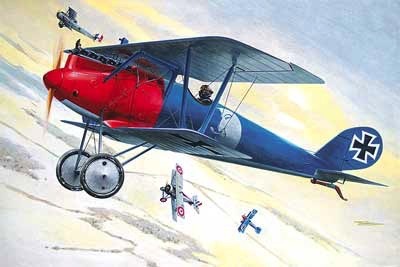 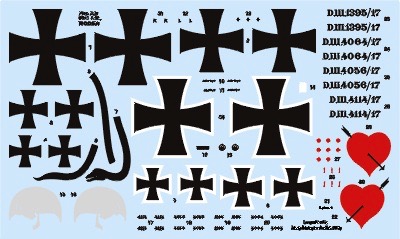 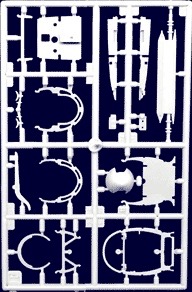 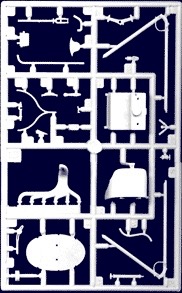 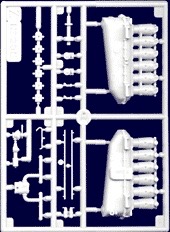 At the end of 1917 the aircraft manufacturer Pfalz Flugzeugwerke GmbH Speyer am Rhein produced the Roland D.I and D.II under license. Work on the design of a fighter of their own began at the start of 1917. The chief engineer was Rudolph Gehringer, who had a certain amount of experience already, working as an engineer for Friedrichshafen. He took the construction of the Roland D.II as a basis and after considerable change a new fighter emerged looking very different from its predecessor. The Pfalz D.III (the name of this development) was much the most elegant machine in comparison with other types - it had a thin streamlined fuselage with an oval cross section, a trapeziform wing and tailplane, a rounded fin and rudder, and a small spinner for the air screw. The machine guns were buried in the front fuselage - a choice more aesthetic than practical, as it complicated clearing the frequent gun jams.

In the summer of 1917 the first Pfalz D.III appeared at the Front, and almost at once the initial order was increased from 70 to 300 units. Basic performance figures (maneuverability, climb rate, flying speed) were acknowledged as excellent but the location of the guns inside the fuselage prompted criticism. In the course of combat flying certain problems appeared during intensive maneuvering - the spars of some lower wings collapsed, although cases were not numerous and so fatal in comparison with the Albatros machines. Another problem arose with the ailerons but it was soon solved.

Together with the Albatroses and Fokkers the Pfalz D.III was considered a first rate fighter, taking part in the great Flying Circuses. Overall the Pfalz Flugzeugwerke GmbH produced 260 of the Pfalz D.III type. Following extensive combat experience, and the opinions of pilots about the airplane, the firm improved the fighter's design, which in detail was somewhat different from its predecessor, and soon the first Pfalz D.IIIa appeared at the Front.Nevertheless, a lot of Pfalz D.III's remained in frontline fighting units. The last machine was written off in October 1918 just before the end of the War. It goes without saying that the Pfalz D.III was not the supreme fighter. Its glory became a little overshadowed by the successes of the Albatroses and Fokkers, but even so, this type was acknowledged as a classic fighter of the Great War. And by any aesthetic criterion it was the most beautiful and elegant airplane of that period.