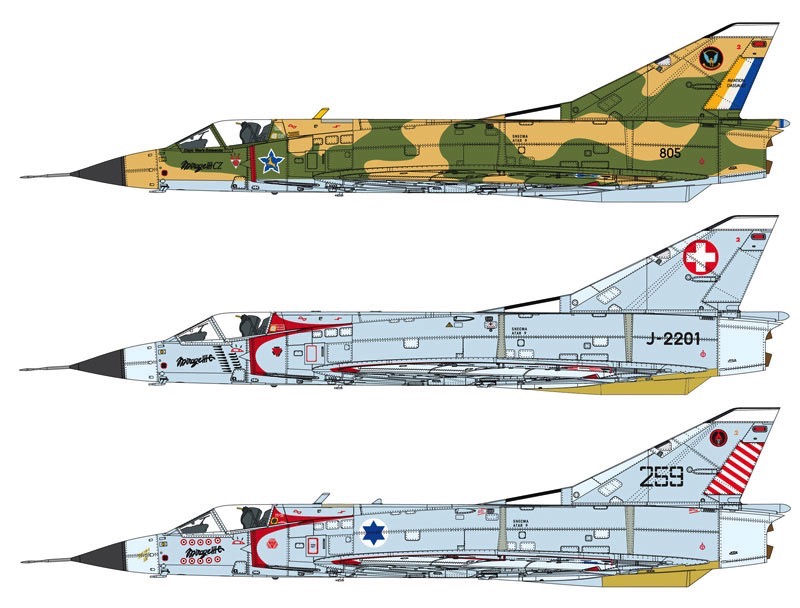 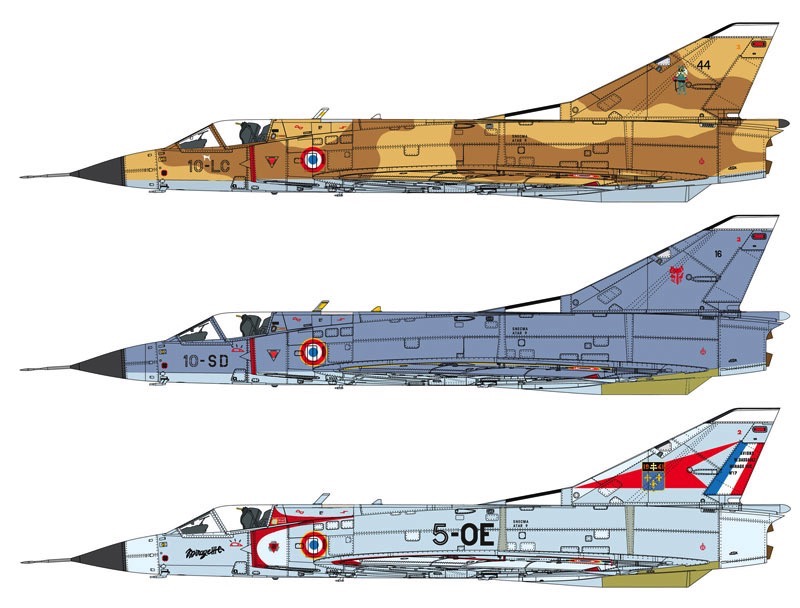 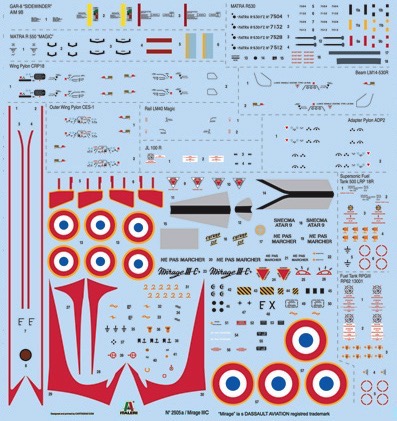 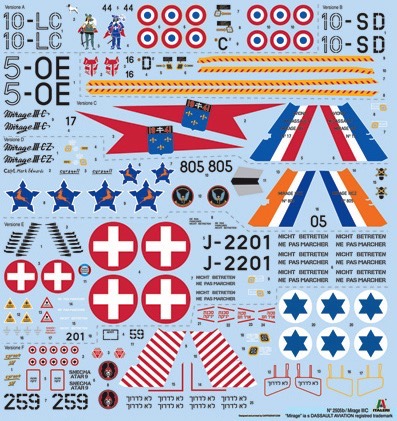 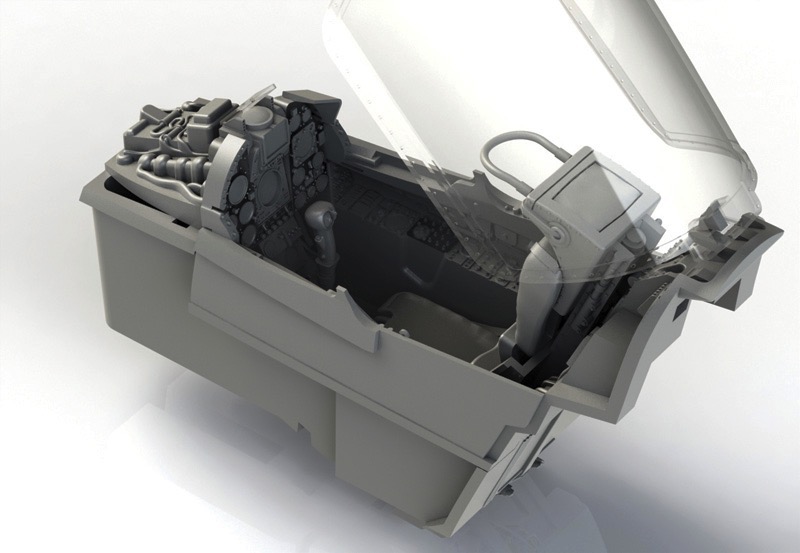 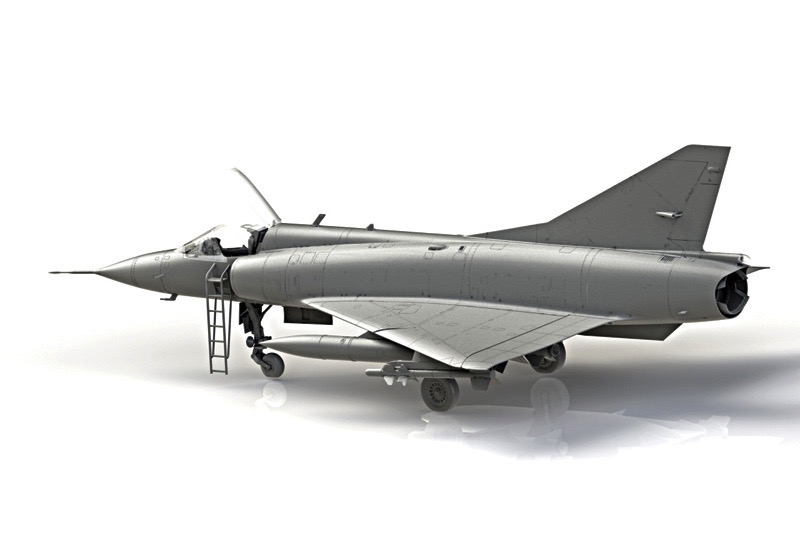 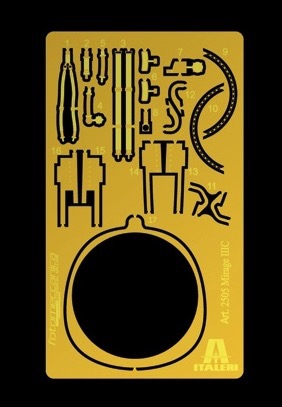 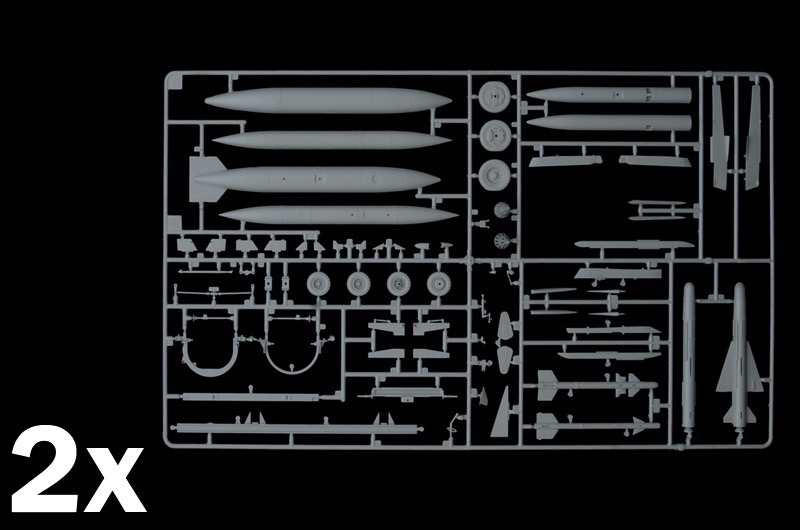 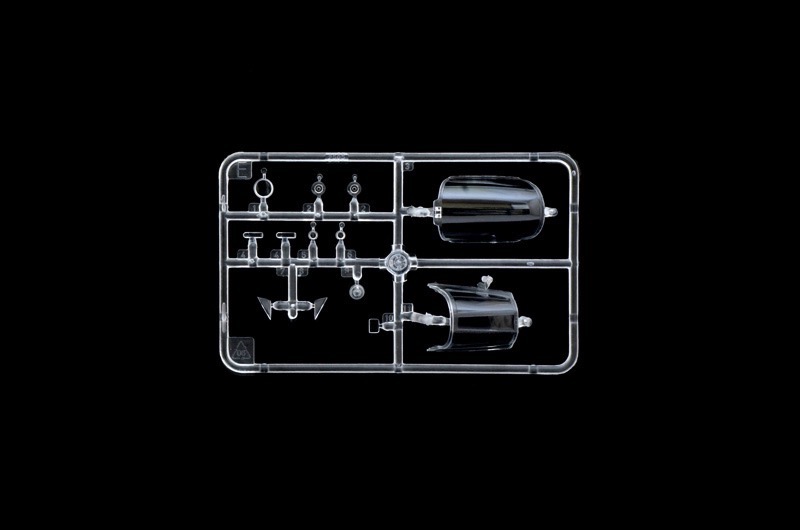 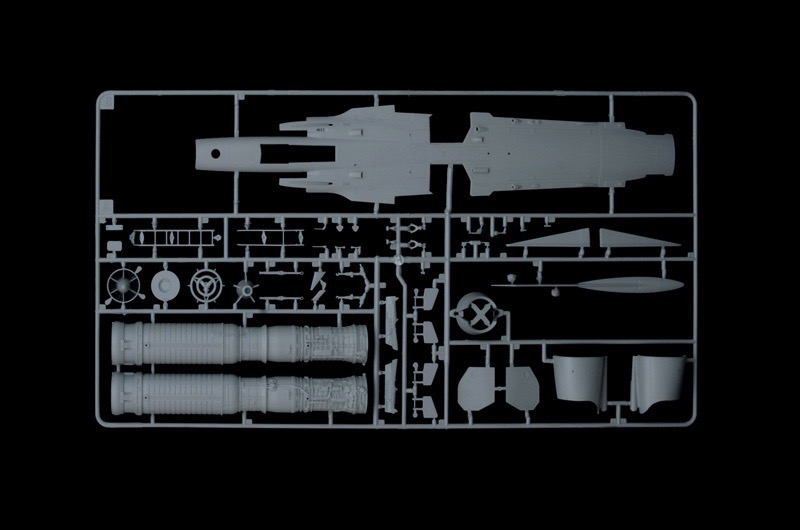 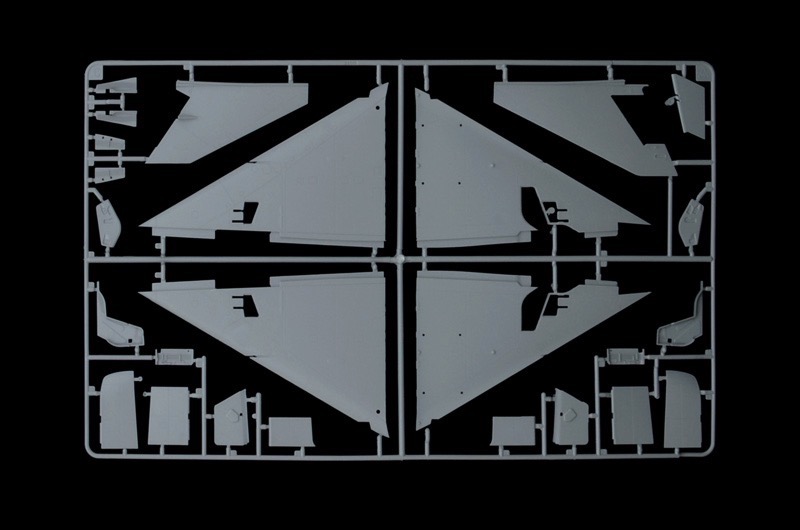 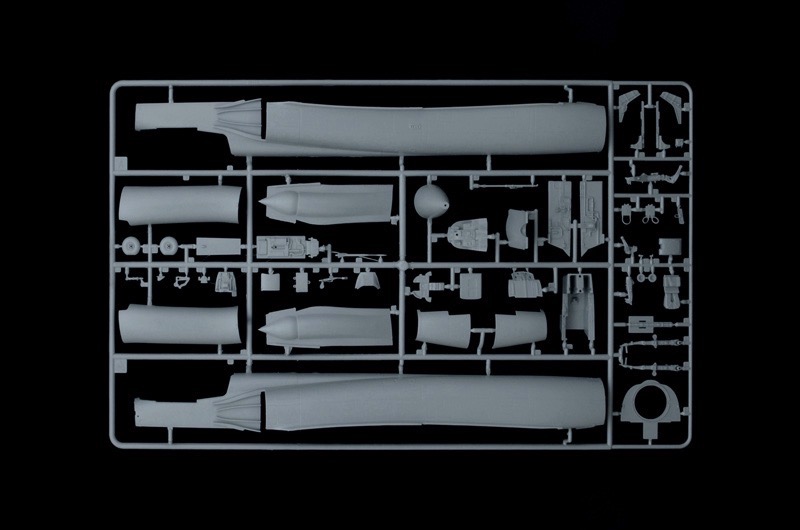 Important: There is an error in the instructions, download the correction sheet from Italeri here: http://www.italeri.com/pdf/2505_Mirage_IIIC.pdf.

The Dassault Mirage III is a reference point of the French aircraft production. It has been produced from the early sixties to provide to Armee de l'Air, the French Air Force, a reliable and effective fighter aircraft. The Mirage III rapidly became a commercial success and it was widely exported to several Countries taking part to a lot of conflicts between the seventies and the eighties. Characterised by the delta wing design without horizontal tail plane, thanks to its Snecma Atar afterburning turbojet, it was able to exceed the speed of Mach 2. The Mirage IIIC, in particular, was the single-seat interceptor versions, and it has been configured to perform air-superiority tasks. It was armed with two 30 mm DEFA cannons, under the cabin, and with store pylons able to carry IR air-to-air missiles, as AIM-9 Sidewinder or Matra Magic, and Radar Guided Missiles.

Includes markings for three French aircraft, one South African, one Swiss and one Israeli.