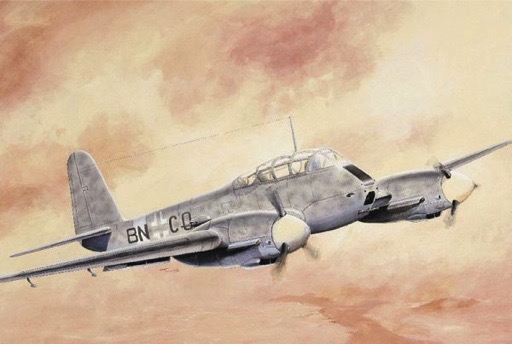 DISCONTINUED This product has been discontinued
and is no longer available.List price: $19.99
You pay: $13.99
(All prices in U.S. Dollars)

Towards the end of the thirties this impressive twin-engine plane was developed by the German aviation industry. It was the basic idea to substitute the heavy fighter Bf-110. The ME-210 frequently had problems when landing, causing a lot of serious accidents. The plane was also under-powered which led to many shortcomings. Despite of a series of modifications the plane terminated service as a reconnaissance plane, but well before the end of the war.