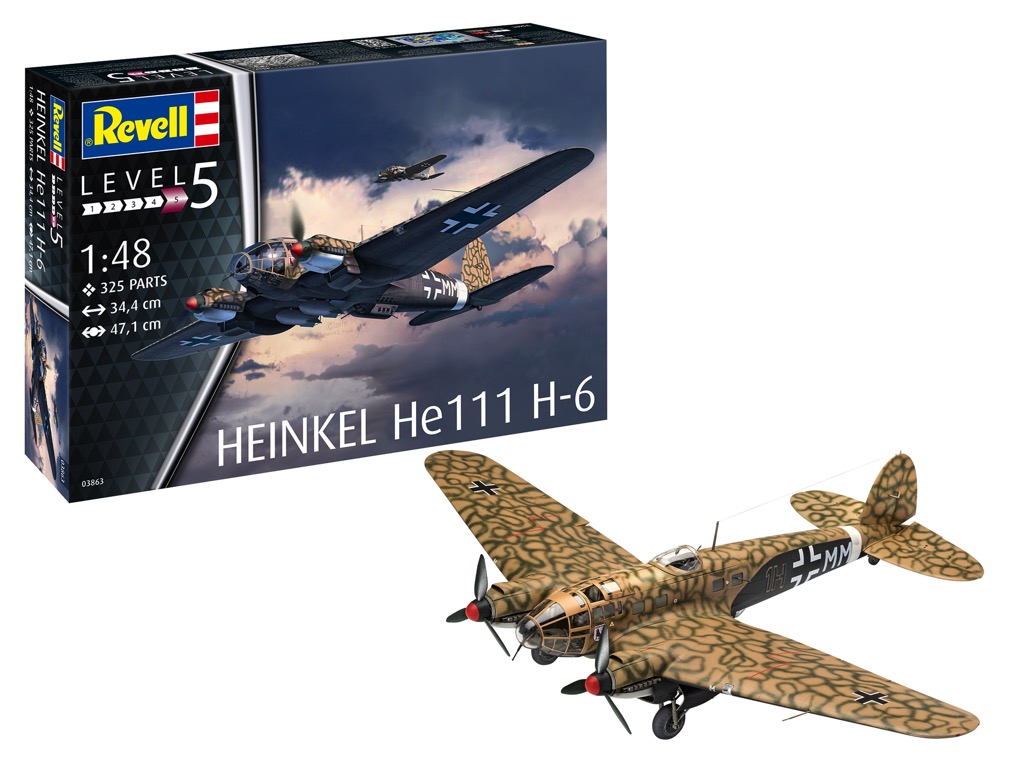 The Heinkel He111 was probably the most famous bomber of the German Air Force during the Second World War. It gained fame through the air battle for England, in which, however, a large number of machines could be shot down by the Royal Air Force. In the H-6 version, the He111 could carry a large number of external loads, including torpedoes.