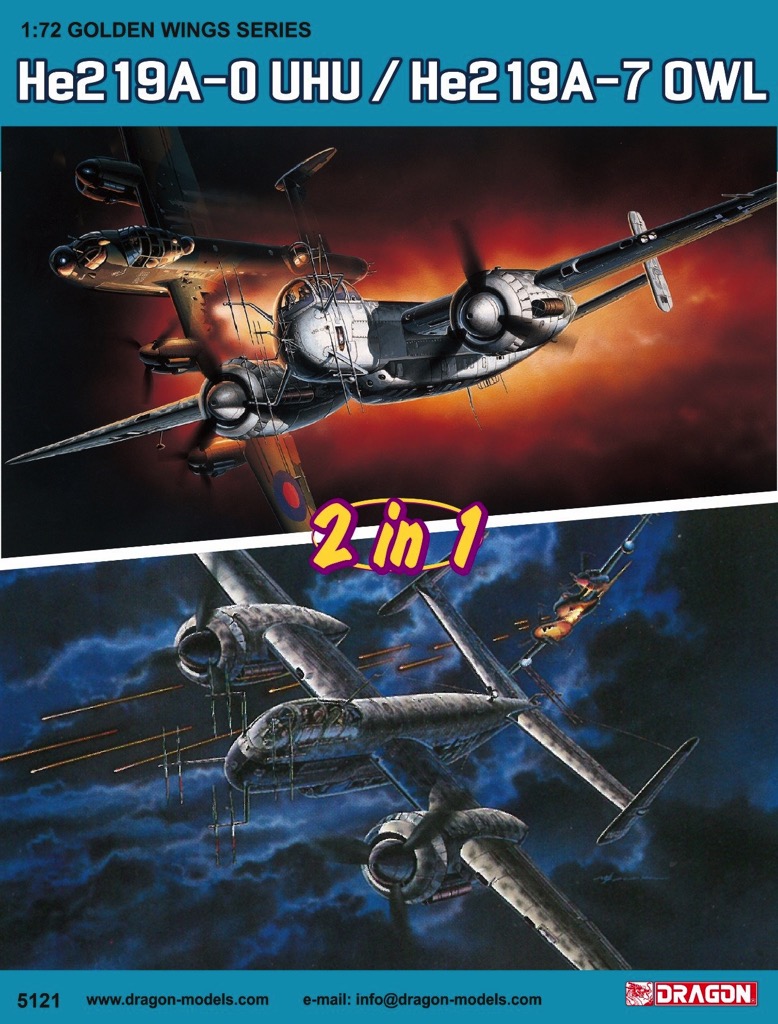 Dragon has turned its attention to the 1/72 Warbirds range for its next 2-in-1 kit releases. First up is the Luftwaffe's Heinkel He219, which was known as the Uhu (Eagle-Owl), an advanced German night-fighter that flew in the latter half of WWII. Either of two variants is possible: an He219A-0 or He219A-7. The former was initially a pre-production aircraft, but it ended up as the first main production variant. A total of 104 were built from 1943 through till the end of November 1944. The later He219A-7 model was the final production version of the Uhu. Typical armament on the A-7 was four 20mm MG151/20 cannons plus two 30mm MK 108 cannons. Production of 210 units of the A-7 was supposed to start in later 1944, but actual numbers finished are uncertain.

The capable radar-equipped He219 had an enviable reputation as a "Mosquito-killer", but production was never sufficient to have a significant impact on the air war. It has been some time since either of these 1/72 He219 has been available individually. But now Dragon has created a useful 2-in-1 box that allows modelers to flexibly choose later on which variant to build. All the necessary to parts to assemble the exact variant is included. Furthermore, the complex radar array of antennas on the nose is reproduced with the help of photo-etched parts. This accurate 2-1in-1 model set is ready to take to the air and to own the night!