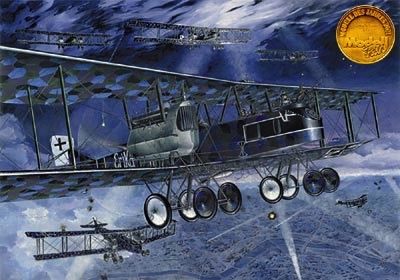 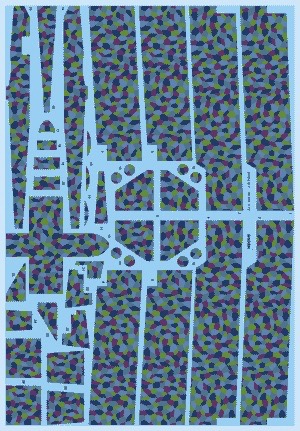 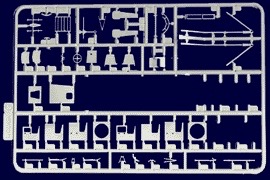 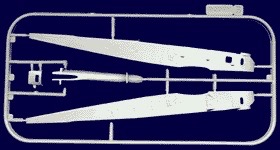 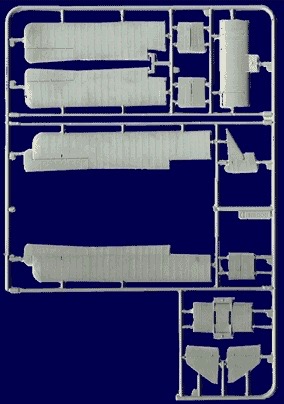 The World's first strategic bomber, the Gotha G.IV, was adopted for military service in late 1916. It was one of the most modern and innovative planes of its time, but after acquiring combat experience, the necessity for improvements had become obvious, first for better flight performance as well as crewmember conditions.

One of the major problems for the previously built Gotha bombers was the fuel tank installation, both tanks being arranged too close to the engines. In case of an emergency landing the probability of a fire was very likely. Of all the bombers lost in action, 75% were lost during unsuccessful landings; this problem demanded immediate attention.

During October of 1916 German Air Command (the Idflieg) ordered 100 aircraft from the Gothaer Waggonfabrik AG. A new modification yielded the Gotha G.V. The first planes reached Bogohl 3 in August of the next year. The main difference between the G.V and its predecessor was the engine installation in the small streamlined nacelles between the wings, fuel tanks were moved into the fuselage. But performance had not increased; to the contrary, maximum speed and climb were slightly reduced and take-off weight increased. In any case, all these problems had been compensated for by an increase safety during landing.

After the first successful raid over Folkestone on May 25, 1917, Bogohl 3 bombed the British Isles seven times, the last daylight raid took place on August 12th 1917. But the newly created British "Home Defense Network" proved to be very effective, and losses of the strategic bombers increased from raid to raid. Since September of 1917, German bombers would take-off for their important missions only at night. The hazards of night flying added additional dangers, but most problems centered around landing, the crew being exhausted after flying the the long raids couldn't control the heavy aircraft, and the center gravity change after dropping the bombs caused the plane to be unstable.

To reduce the danger of flipping over during landing, Gothaer Waggonfabrik designed a special auxiliary landing gear, named Stossfahrastell. Two of these devices were mounted in front of each main landing gear. This improvement was very effective, and soon all previously built Gotha G.V's delivered to the Bogohl 3 without the Stossfahrastell were retrofitted with it.

The Gothaer Waggonfabrik built 100 aircraft with the G.V modifications, all of these aircraft served with Bogohl 3; the total quantity of Gotha G.V's on the front during April of 1918 was 36 aircraft, not including the G.IV, G.V, G.Vb.

Soon after the Armistice, all "Night Bombers", including the Gotha G.V, were destroyed in accordance with the terms of the Versailles Treaty.