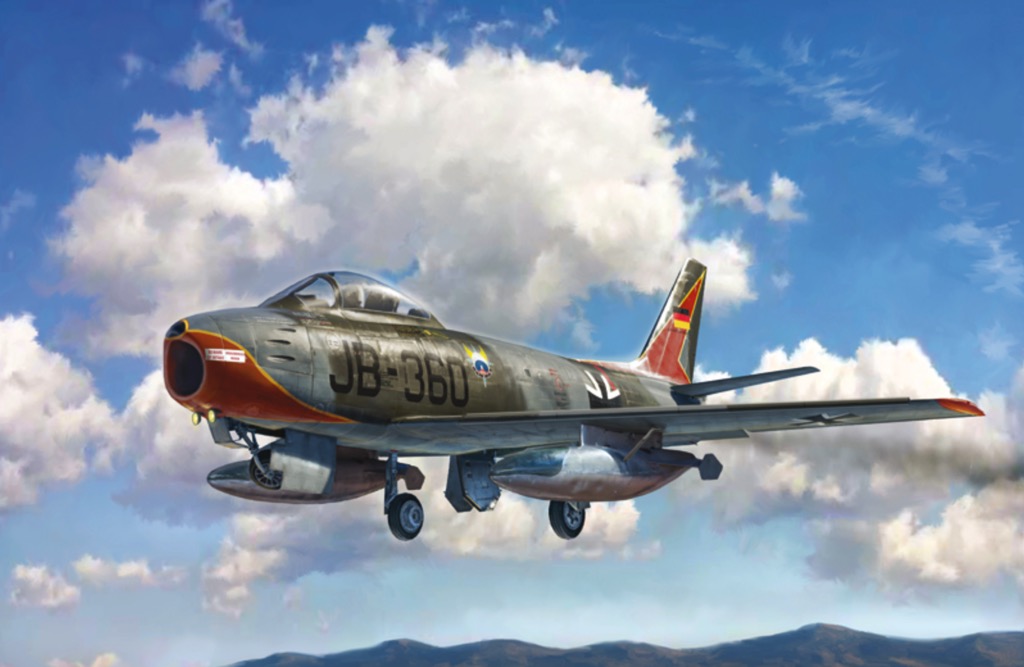 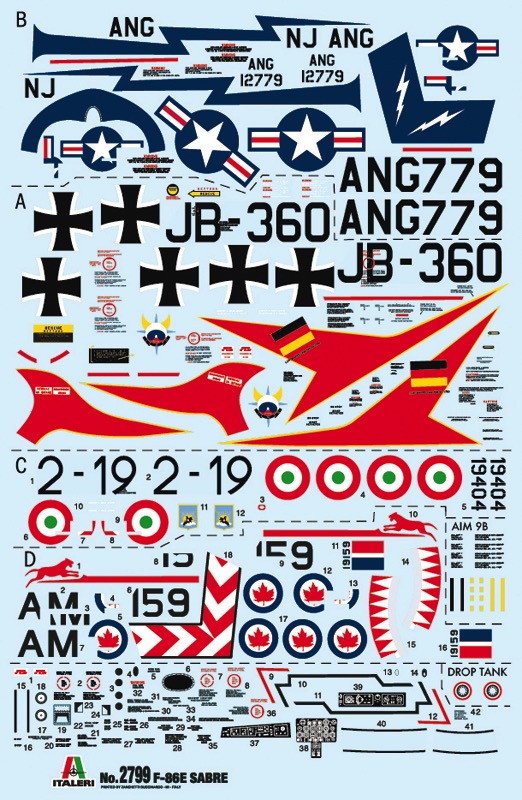 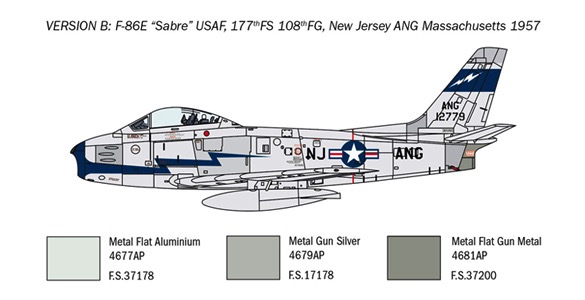 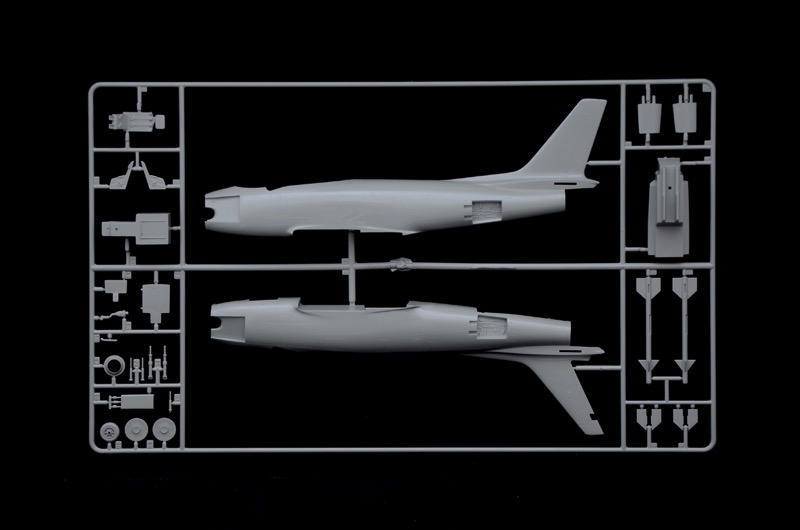 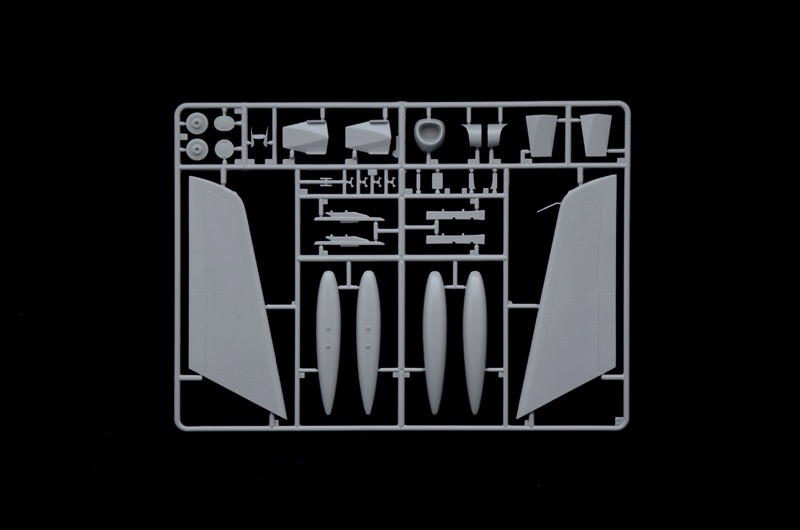 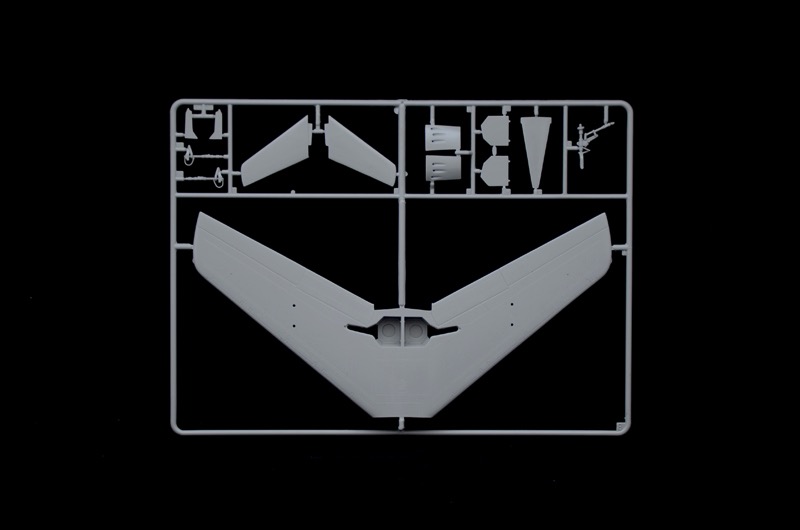 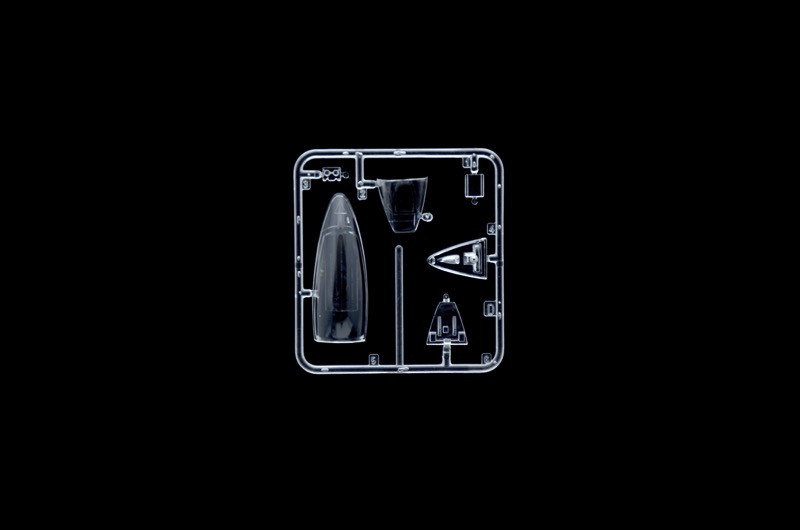 The single-engine jet fighter F-86 Sabre was developed by the American aircraft company North American Aviation in the late 1940s and became a key aircraft in terms of post-war military aviation. The F-86 adopted a swept-wing design, incorporated a large front air intake and used the General-Electric J47 jet engine. The fighter's flying performance was impressive for the time and very different from the wartime propeller driven aircraft. The Sabre was armed with six M3 12.7 mm Browning machine guns installed in the nose. It was widely used by the U.S.A.F. and played a key role during the Korean War where it could effectively counter the Soviet fighter Mikoyan-Gurevich Mig-15, in the first jet dogfights in history. The F-86 proved to be an extremely effective aircraft and many American pilots earned the designation of "ace" during Korean war combat missions.