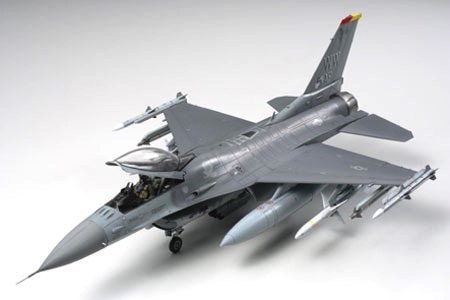 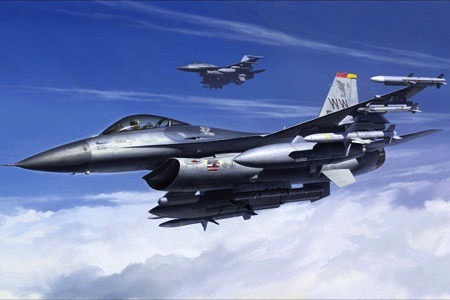 About the F-16CJ
The F-16 is one of the world's top lightweight multi-role fighter aircraft. Since first deployment to U.S. Air Force (USAF) units in the late 1970's, total production numbers have exceeded 4,000, making it the second most highly produced jet fighter plane following the F-4 Phantom. The latest F-16 variant deployed to USAF units, the F-16C Block 50, is capable of precision night and all-weather bombing, and features advanced digital electronics for radar and cockpit displays. The slight variant, the F-16CJ (Block 50), is fitted with HARM Targeting System (HTS) and is used specifically for SEAD (Suppression of Enemy Air Defenses) missions. The F-16CJ (Block 50) has flown SEAD missions over Iraq while monitoring the northern and southern no-fly zones and during Operation Iraqi Freedom.