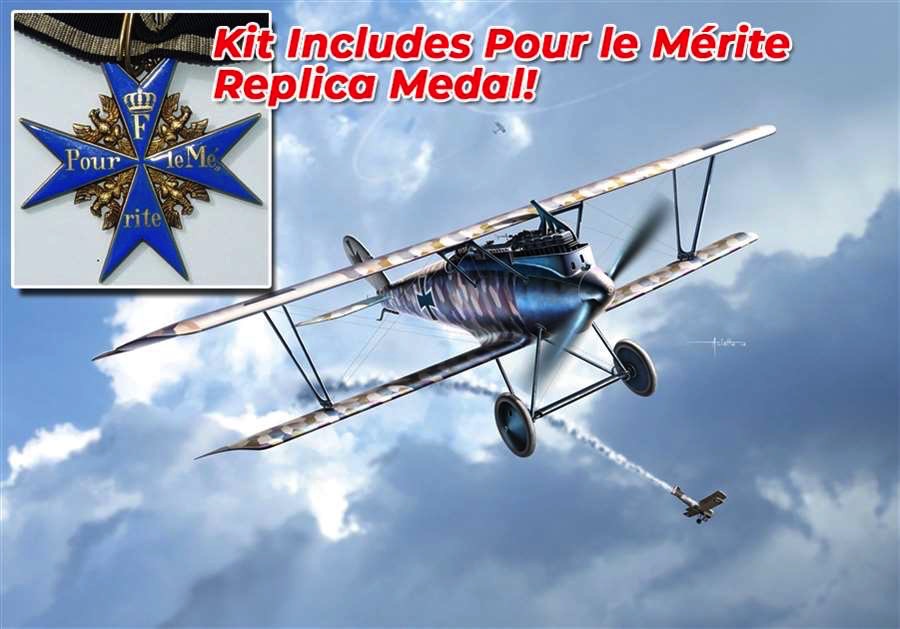 DISCONTINUED This product has been discontinued
and is no longer available.List price: $69.99
You pay: $49.99
(All prices in U.S. Dollars)

This svelte but durable World War I German fighter kit comes with optional parts to build your choice of three versions - historical, literary (as described by Jack D. Hunter in his 1964 novel The Blue Max), or the movie version of the plane as seen in The Blue Max, the 1966 film adaptaion starring George Peppard, James Mason, and Ursula Andress.