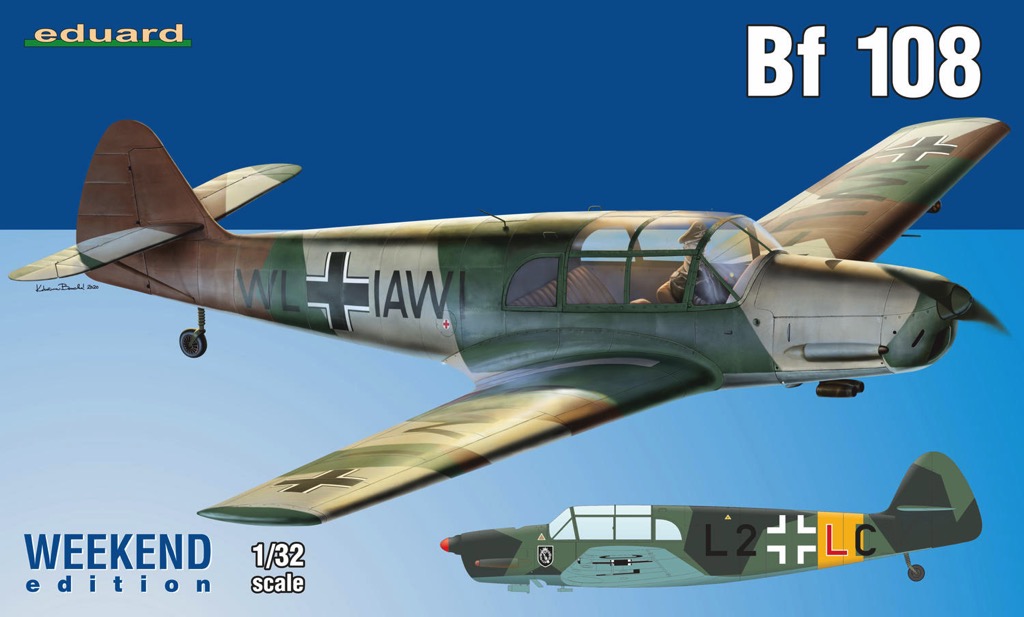 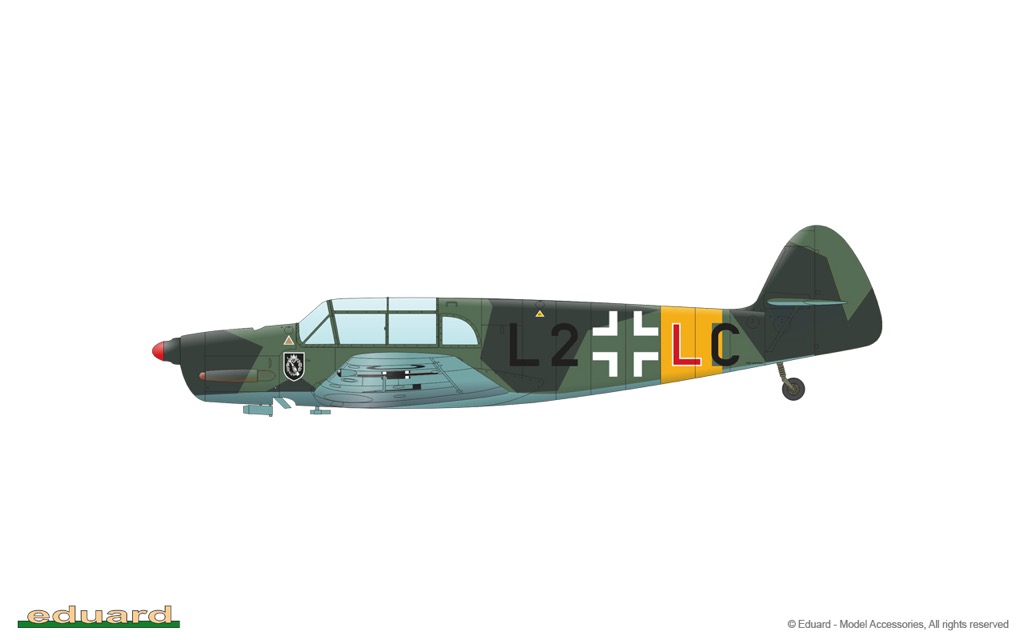 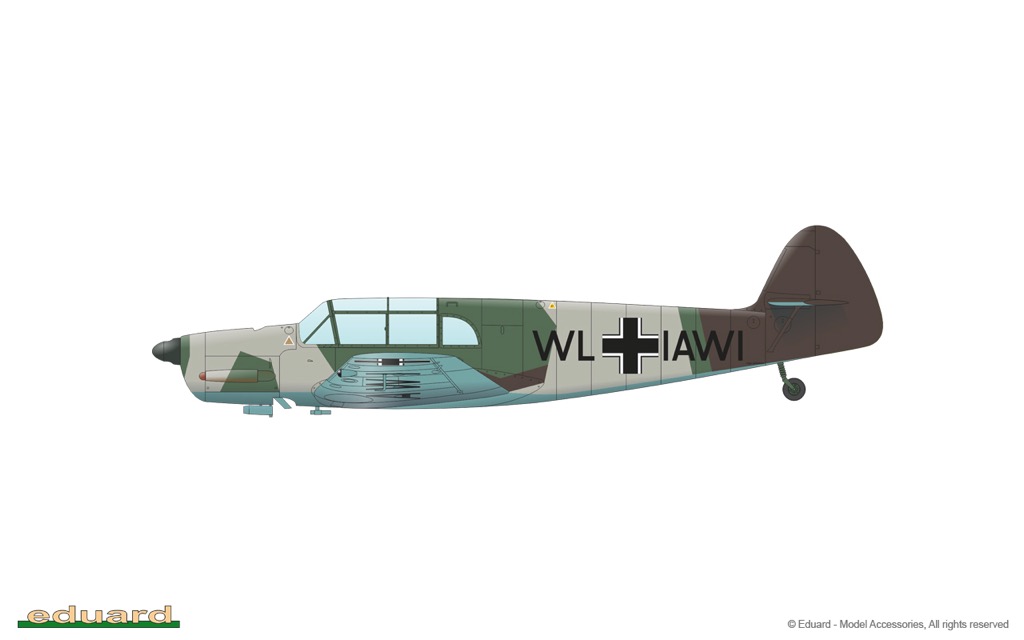 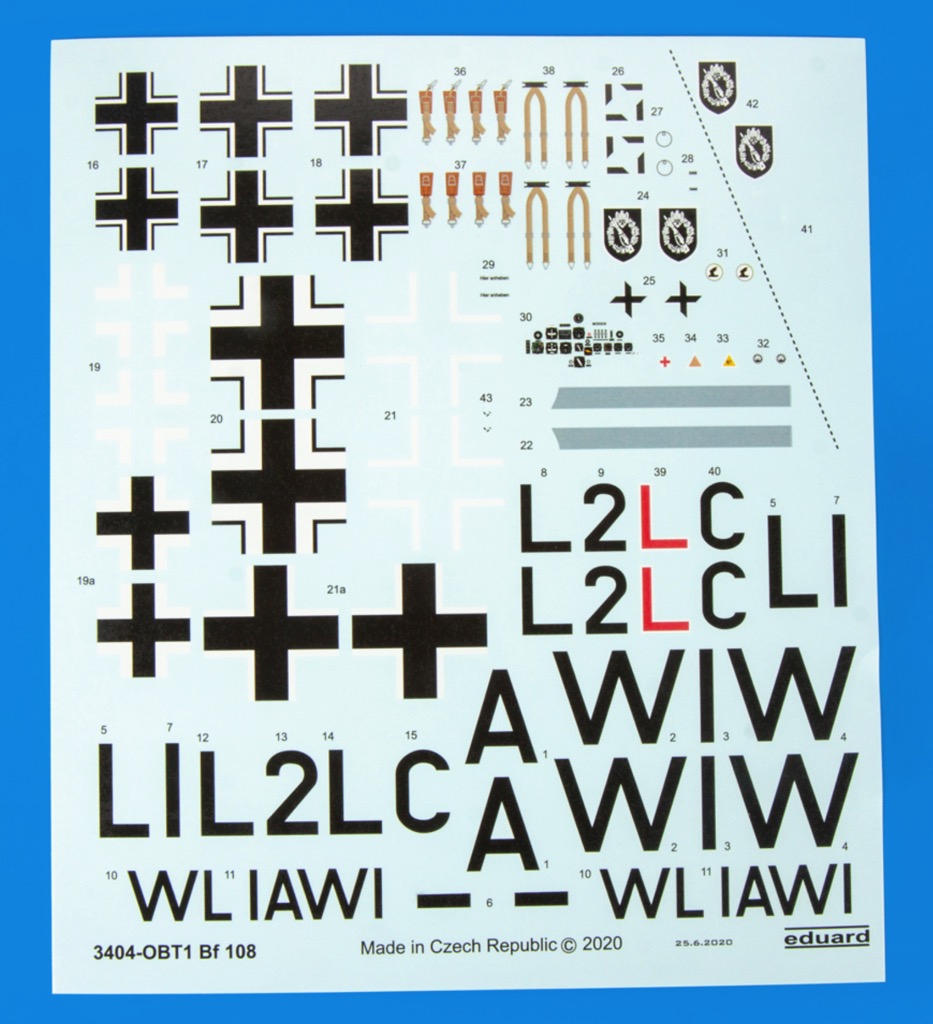 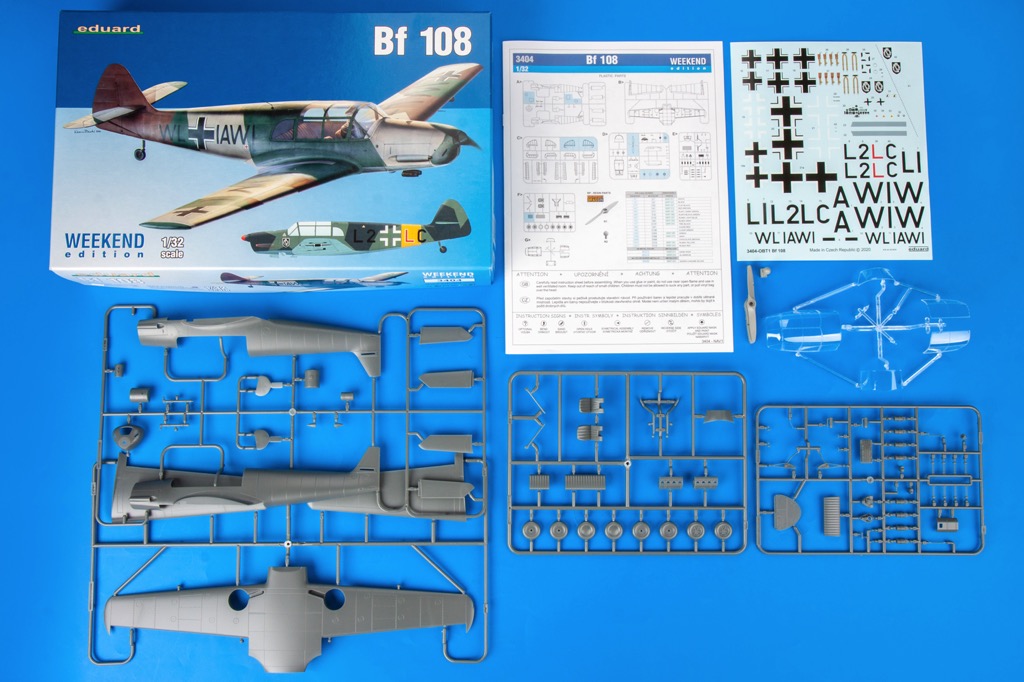 Includes no photoetched parts or mask. Features markings for:

Germany, September 1939
The German pre-war colors were used to camouflage this Taifun. Upper surfaces are painted RLM 61, RLM, 62 and RLM 63 colors, the undersides are RLM 65. The new camouflage was painted over the original factory colors thus the stenciling is not visible.

WNr. 178, Stab II.(Schl.)/LG 2, Vyerdino airfield, Soviet Union, July 1941
During July 25th and 26th, 1941 several Hs 123 from II. (Schlacht) Gruppe Lehrgeschwader 2 attempted to land at Vyerdino airfield in Smolensk region. Due to the soft surface caused by a summer storm five Henschels were damaged. It was not the only non-combat loss suffered by this unit. Another aviator who lost control of the airplane in muddy terrain was a pilot of the headquarters' liaison Bf 108 whose landing resulted in an accident representing 20% aircraft damage. Liaison Taifun was camouflaged in RLM 70 and 71 on the upper and side surfaces with the lower surfaces in RLM 65 sporting a yellow stripe on the fuselage tail indicating the aircraft assigned to Eastern Front. There is a so-called Infanteriesturmabzeichen painted behind the engine cowling, common marking on all aircraft that belonged to the close support air units. The tip of the propeller spinner is probably in the same color as an individual aircraft letter "L" i.e. red.