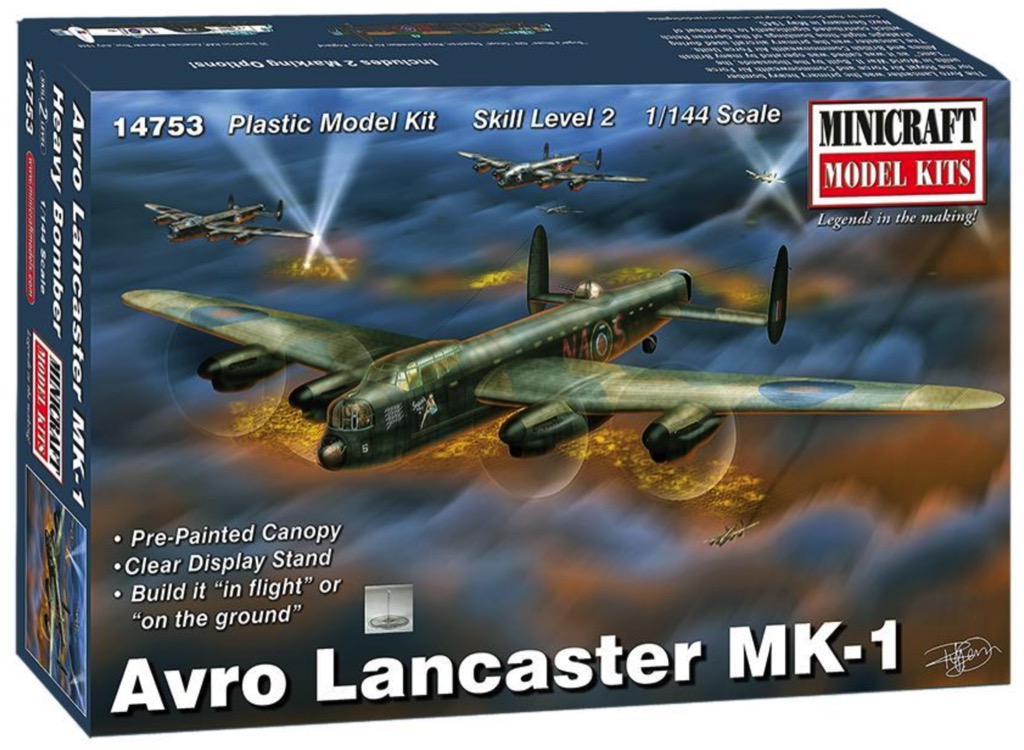 The Avro Lancaster was the primary heavy bomber for the Royal Air Force and Commonwealth Air Force units in World War II. Built by the thousands, the "Lanc" as it was called was operated by many British Allies and British Commonwealth Air Force Units. The Lancaster was the primary aircraft used during strategic night-time bombings of the German Reich which contributed signif-icantly to the defeat of Nazi Germany in May 1945. Minicraft Models 1/144 scale Avro Lancaster features optional assembly for displaying the fi-ished model "on the ground" or "in flight". This new kit also features high-quality decals printed by Cartograf and pre-decorated clear parts and the new Minicraft clear stand for display "in flight".