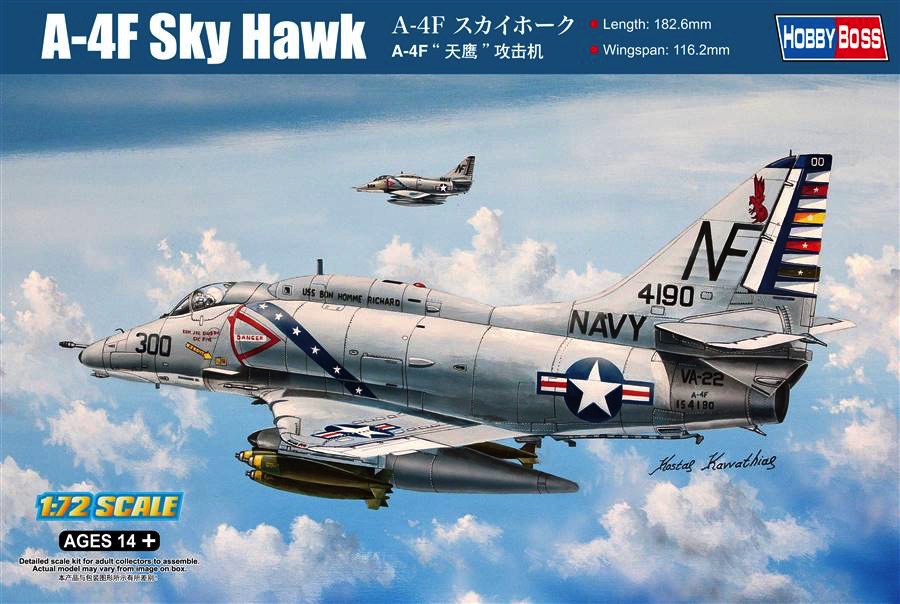 The Douglas A-4 Skyhawk is a single-seat subsonic carrier-capable attack aircraft developed for the United States Navy and United States Marine Corps in the early 1950s. During the war, 362 A-4/TA-4F Skyhawks were lost due to all causes. A-4F a refinement of A-4E with extra avionics housed in a hump on the fuselage spine, some served with Blue Angels acrobatic team from 1973 to 1986. The Skyhawk was designed and produced by Douglas Aircraft Company, and later by McDonnell Douglas. Kit consist of over 160 parts, 6 sprues, canopy, decals and markings.