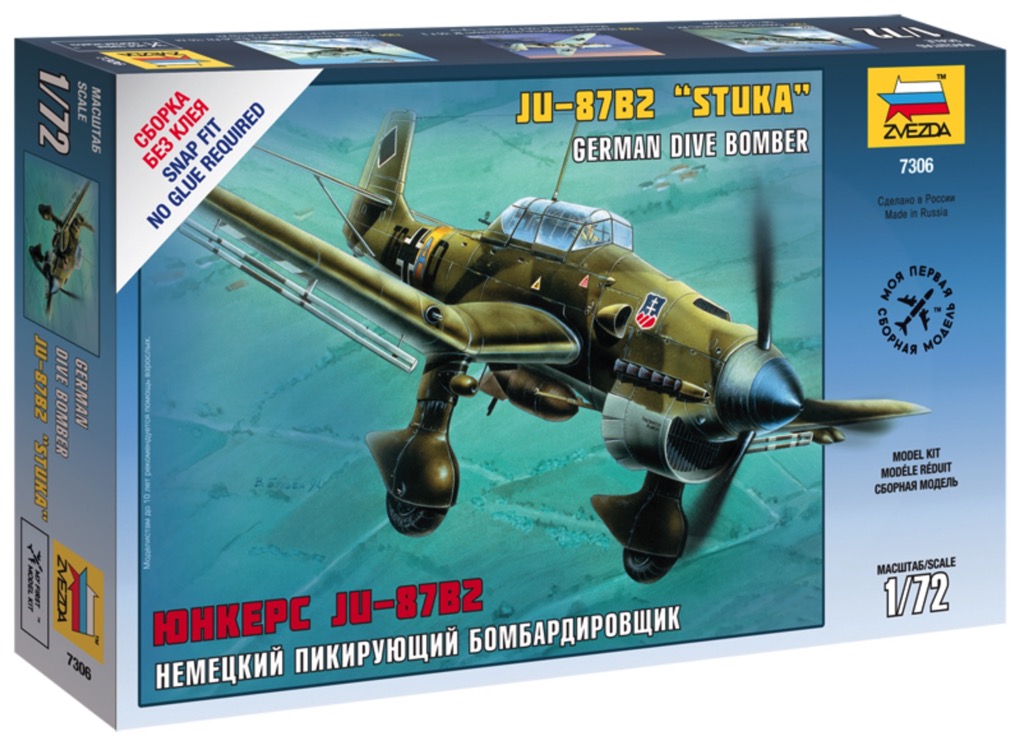 In 1939 the old Ju-87B-1 had been replaced on the production line by the Ju-87B-2. The new fighter aircraft was equipped with Friend or Foe recognition system and had the increased armor protection for the close-support role. The Ju-87B-2 could carry a 1,000 kilogram (2,200 pound) bomb if the co-pilot was left behind. Our designers took this feature into account when they created Ju-87B-2 plastic model in scale 1/72.

The plane can be assembled in different modifications - with a second pilot or without. The kit contains not only a bomb rack, but also an external tank, so the modelers have even more freedom of creativity. In addition, we offer two ways of fitting the pull-up dive brakes - either released for diving or hidden during the flight. The kit consists of 70 parts.