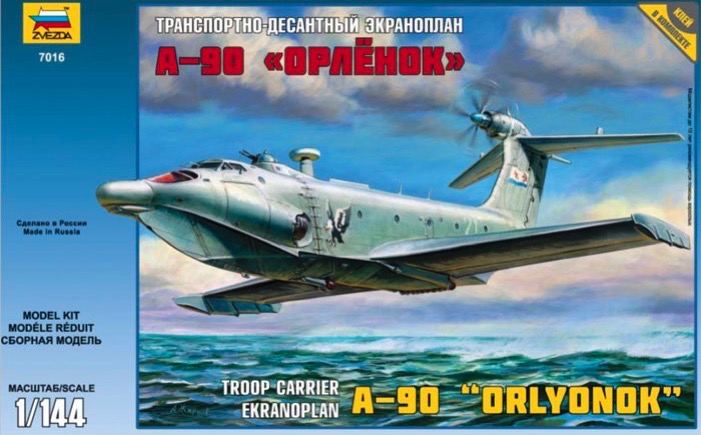 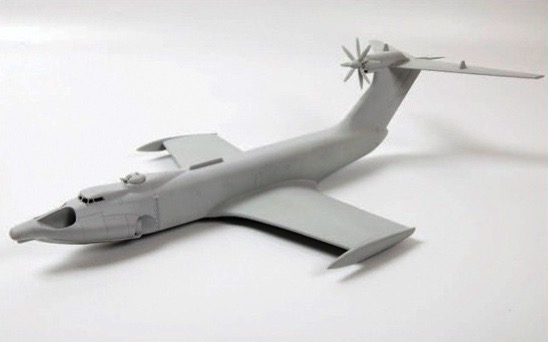 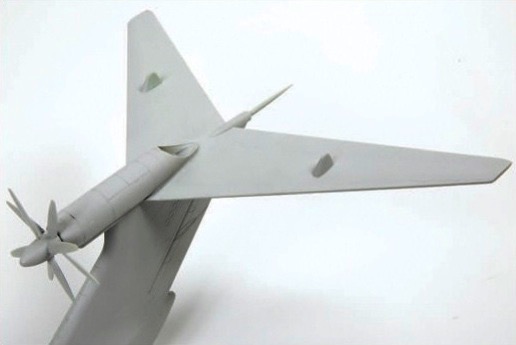 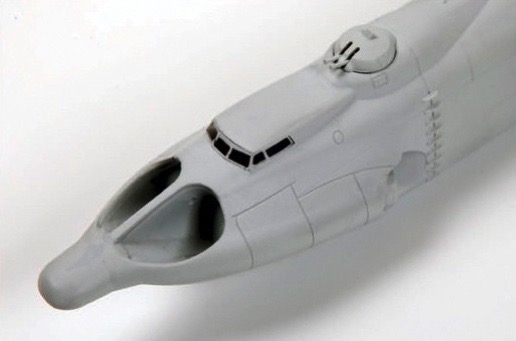 This unique aircraft was designed in the 1960's to act as a transport and beach assault unit. A "ground effect" vehicle, it flies only a few meters above the surface (though later models could operate as a normal aircraft).

The Orlyonok (or "Eaglet") was built using the most powerful turboprop ever produced: the Kuznetsov NK-12. It was amphibious, equipped with both hydro skis and wheels for landing and takeoff. The plane weight 140 tons and was 58 m long.

It was designed to carry infantry or a BTR APC, and had a built-in folding ramp to aid in loading and unloading. Only five of these unusual vehicles were built, and they served the Soviet military from 1979 until 1993.

This model is supplied unpainted. Some assembly required.