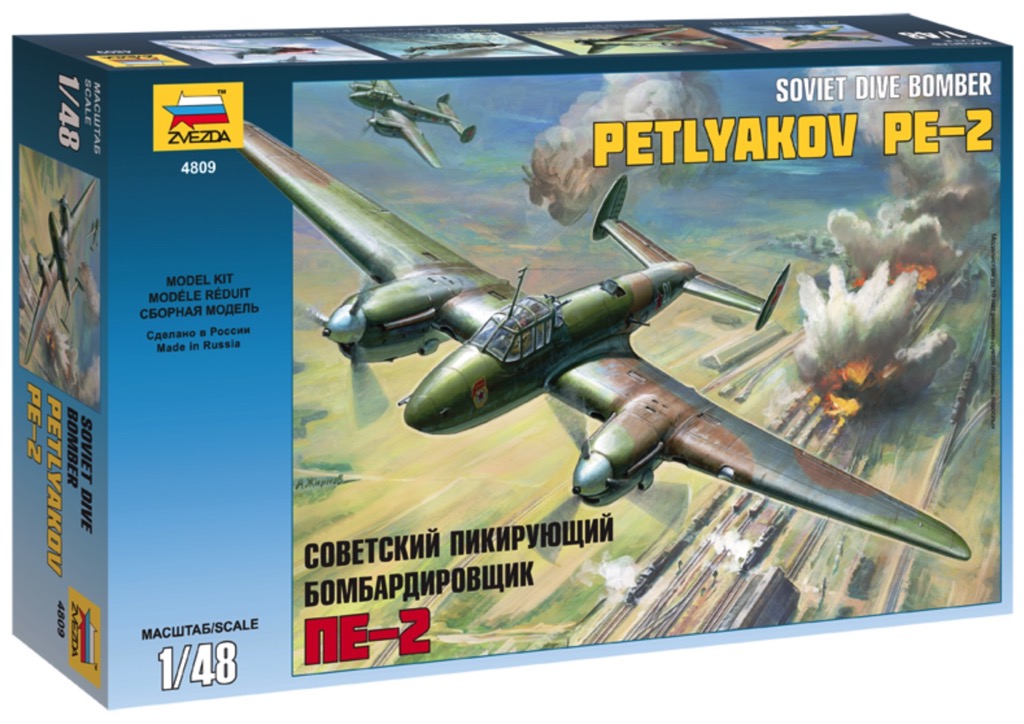 The Petlyakov PE-2, also known as "Peshka", was a Soviet light bomber used during World War II. Designed by Vladimir Petlyakov, PE-2 dive bomber quickly proved itself to be a highly capable aircraft and became one of the most widespread used bombers, not only in Soviet Air Force, but in several other countries. PE-2 aircraft found itself used in more applications than just a standard bomber model - it was used as a heavy fighter, reconnaissance, night fighter and a trainer. The history of PE-2 inspired our designer to create this plastic model. Building the model in scale 1/48 would be a pleasure for both beginning modelers and professionals. The kit consists of 435 parts, which allows you to build a highly detailed model.