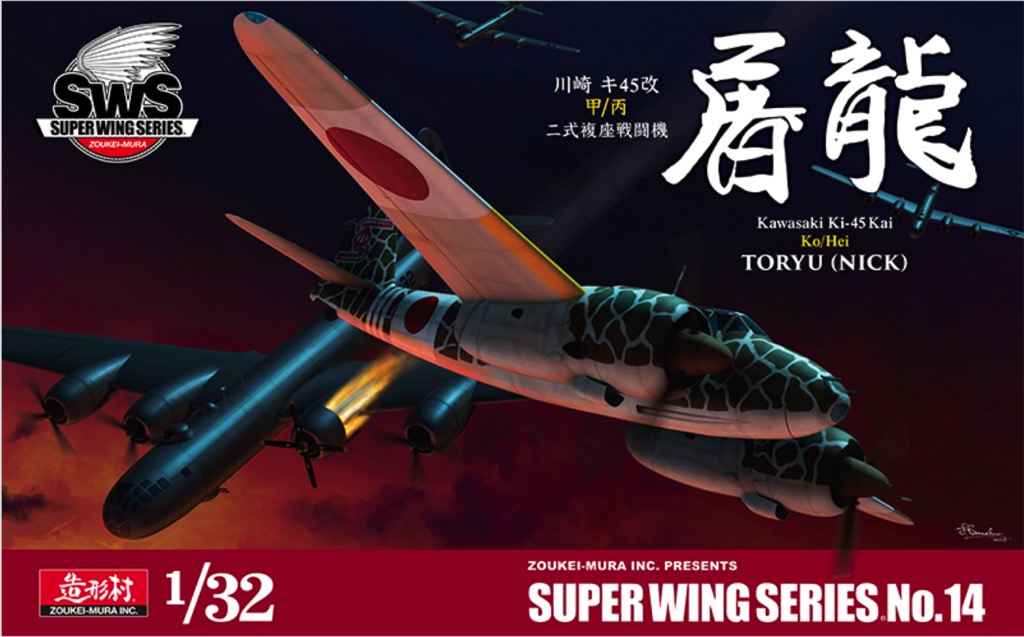 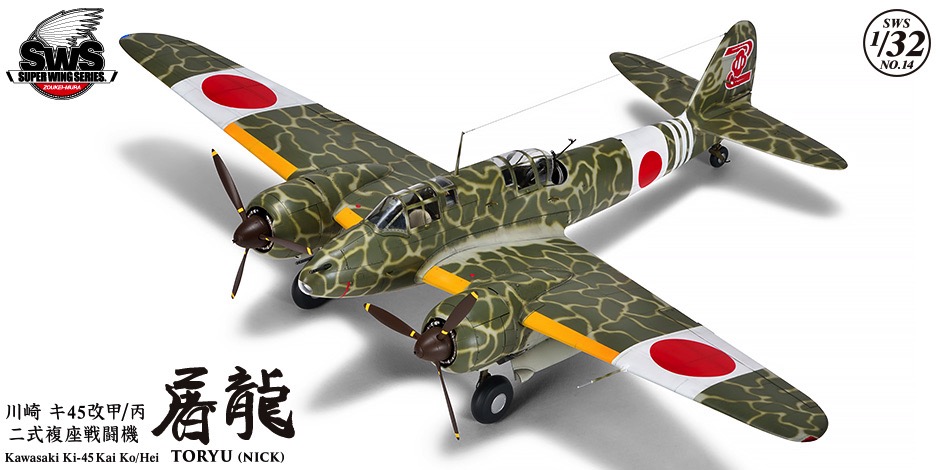 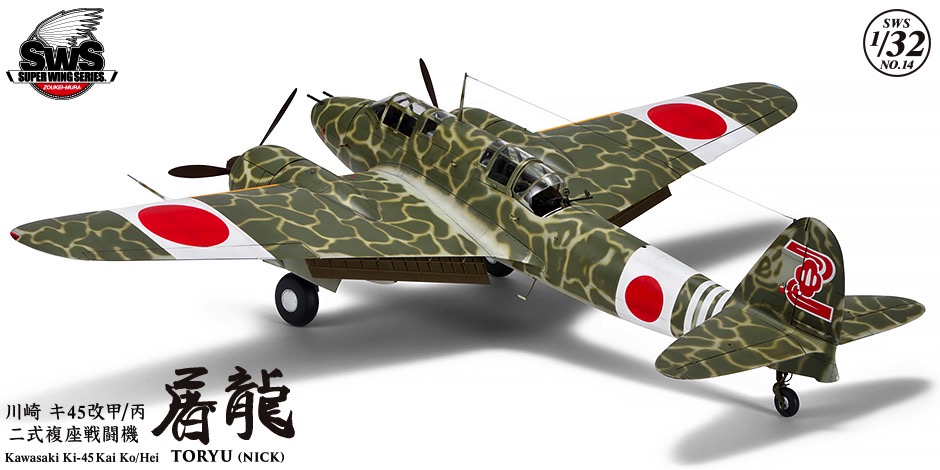 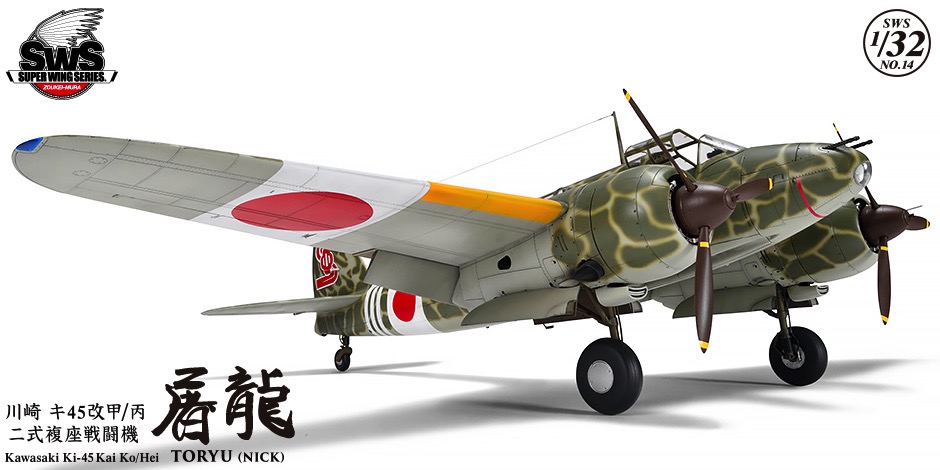 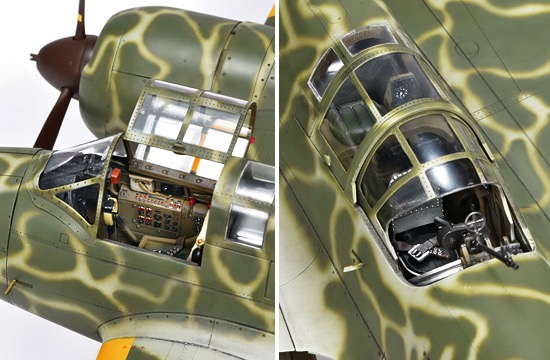 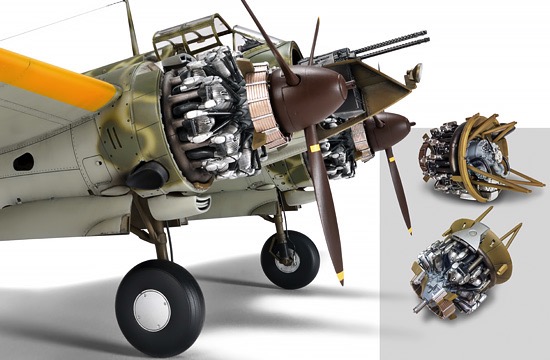 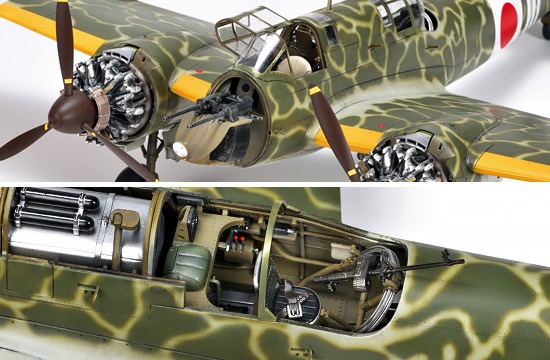 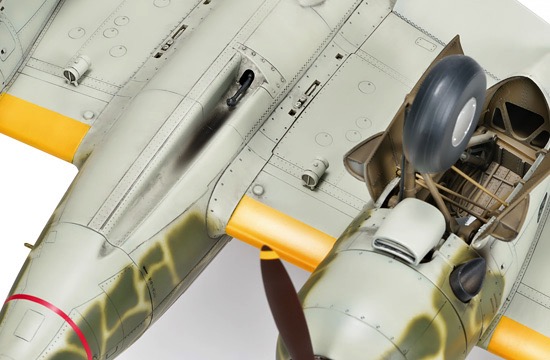 Developed and manufactured by Kawasaki Aircraft, The Toryu was a twin-engine fighter of the Imperial Japanese Army. Demonstrating its power in the interception of large aircraft, it was very active in the mainland defense battle until the end of the war. With this kit, it is possible to reproduce the short-nose Ki-45 Kai Ko or the Ki-45 Kai Hei.

There are 9 differences between the Ki-45 Kai Ko/Hei short nose and the Ki-45 Kai Hei/Tei! Reproduce all of the model specific parts with this new mold. Don't miss out on the slight differences!

The nose, back seat, and lower fuselage armaments are fully loaded and ready for action!