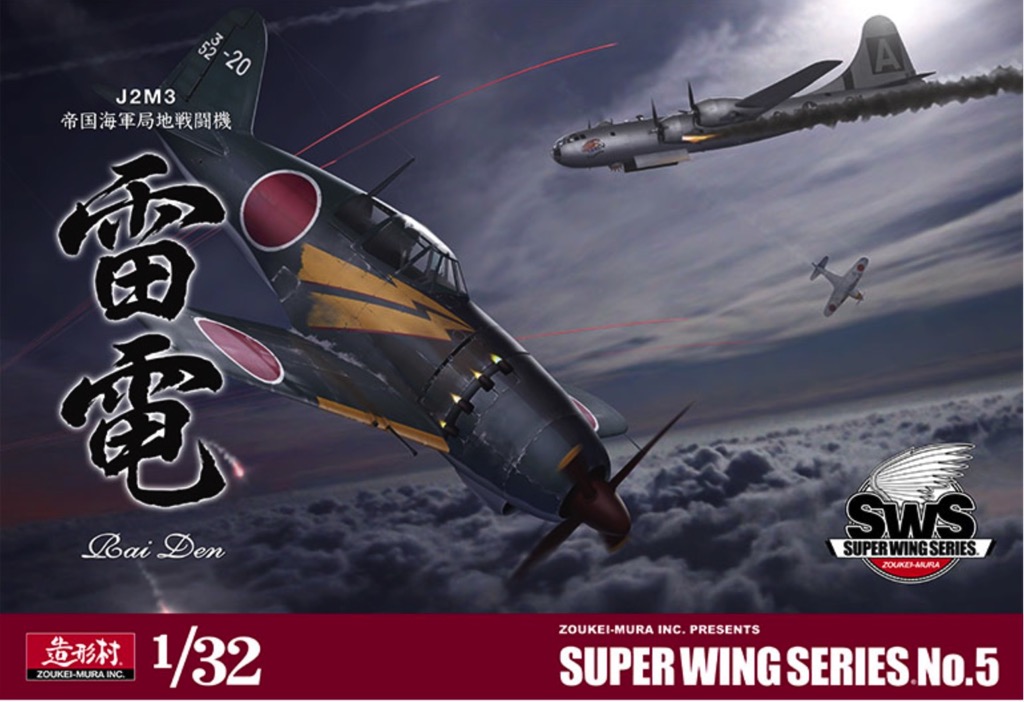 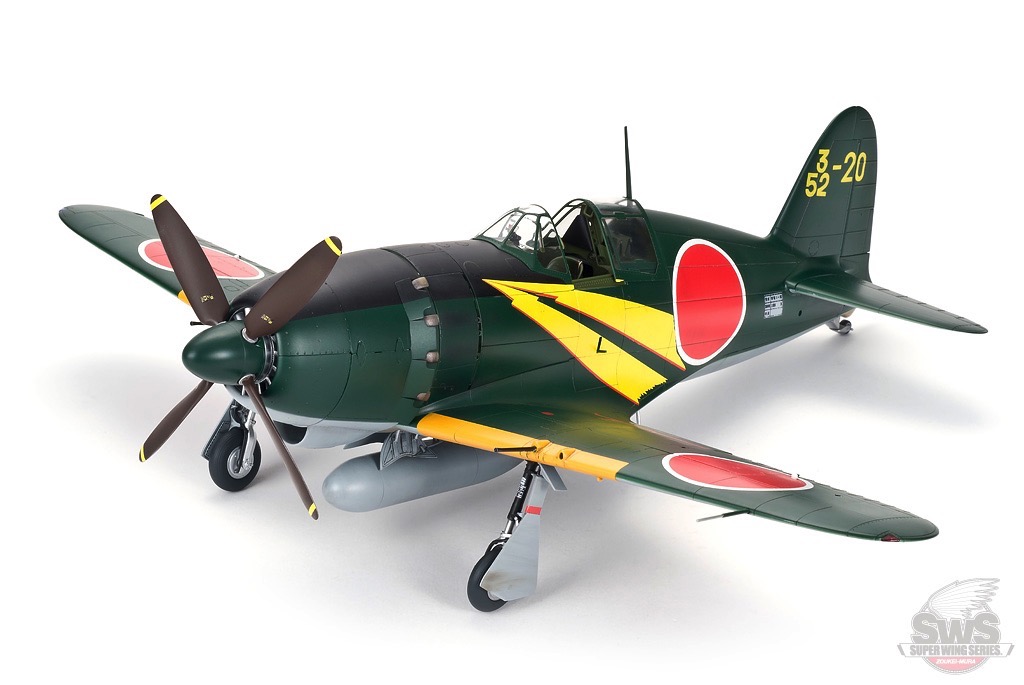 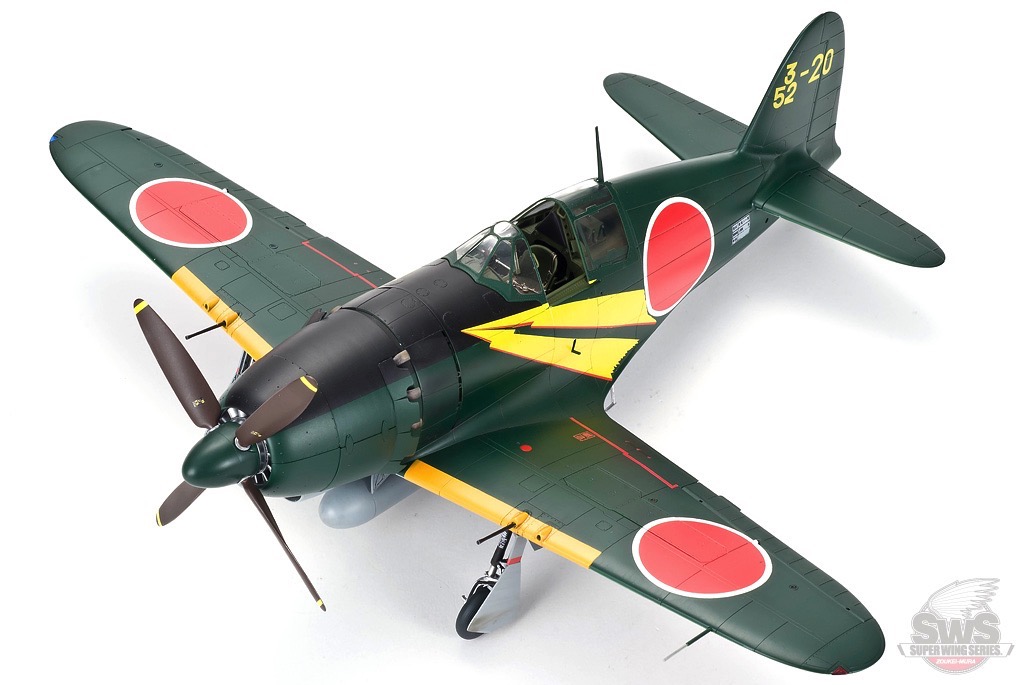 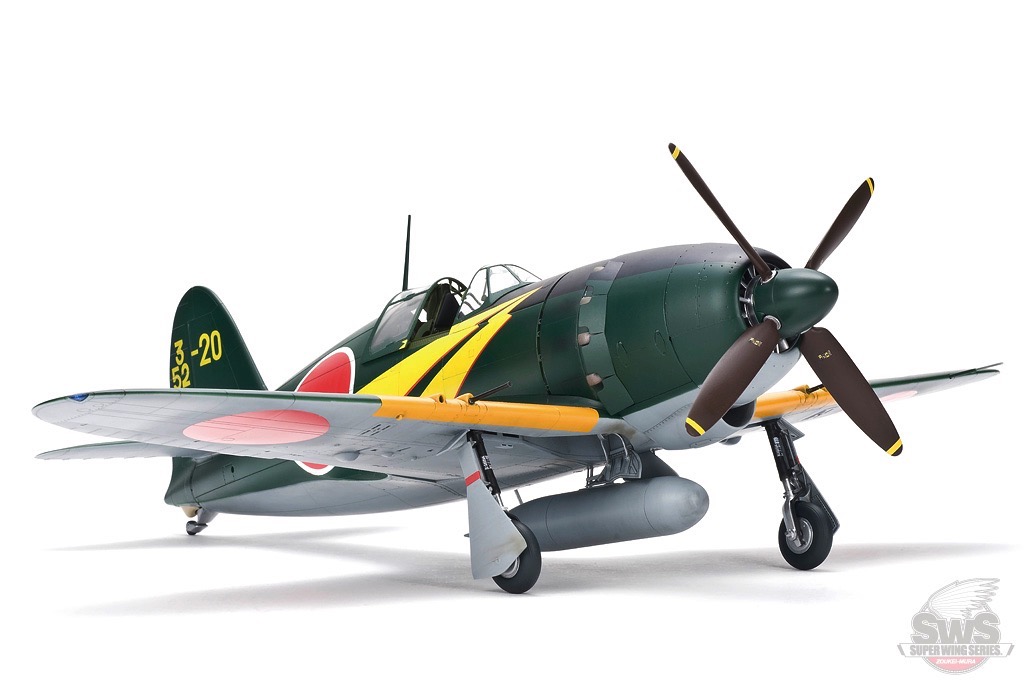 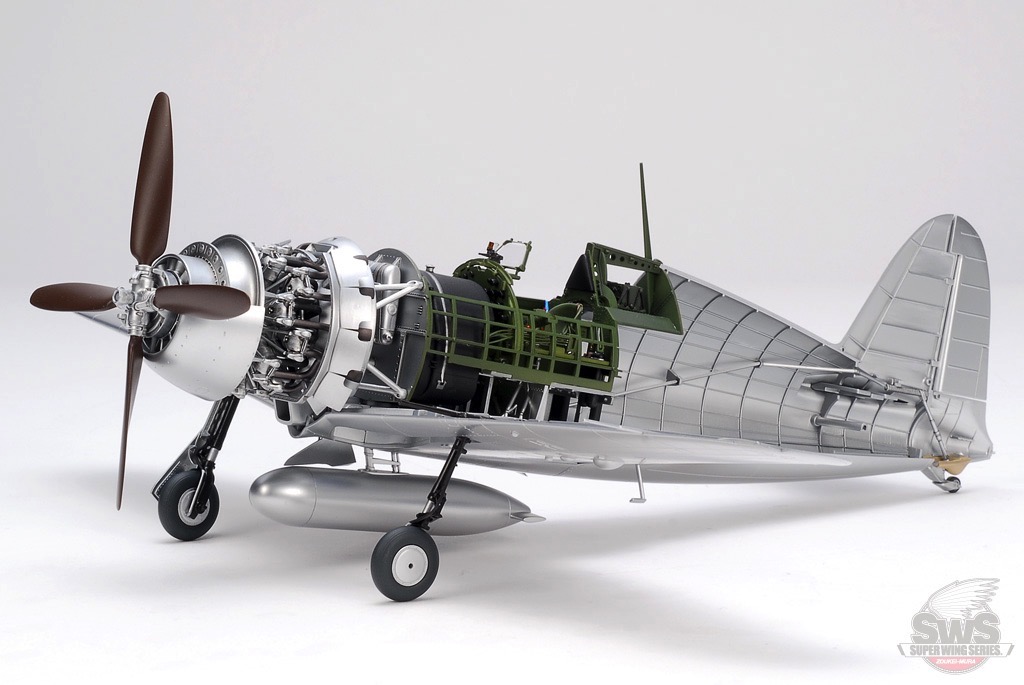 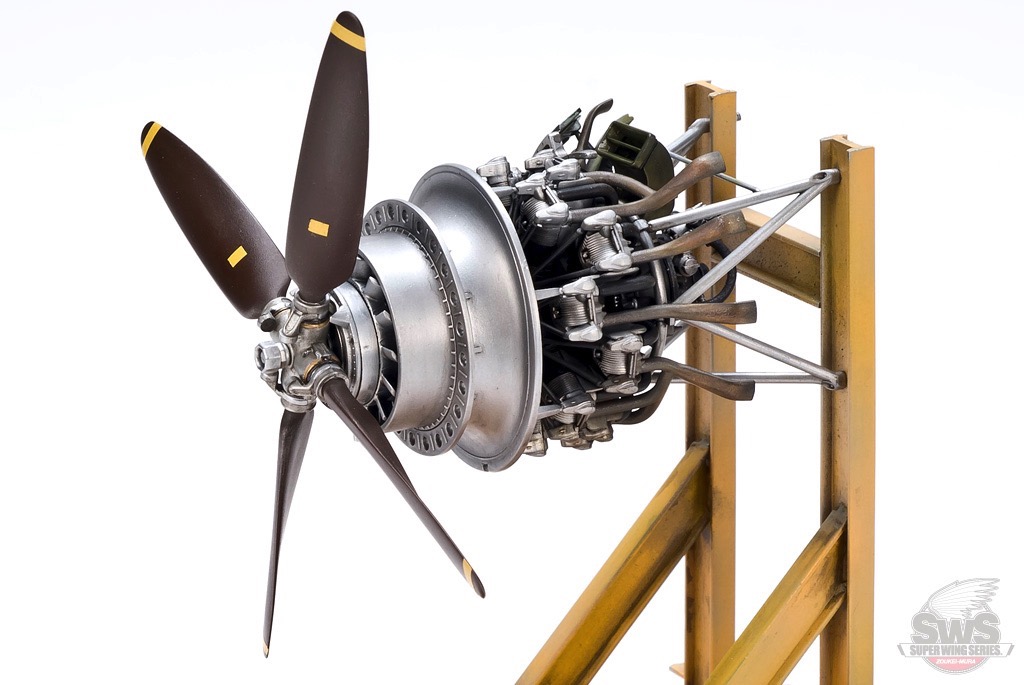 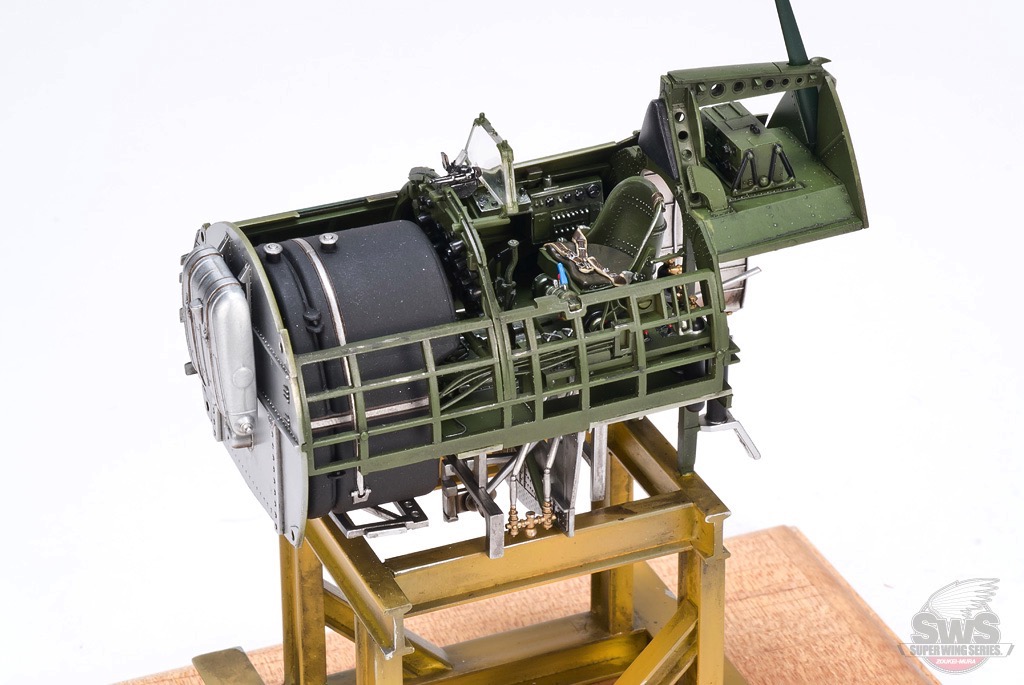 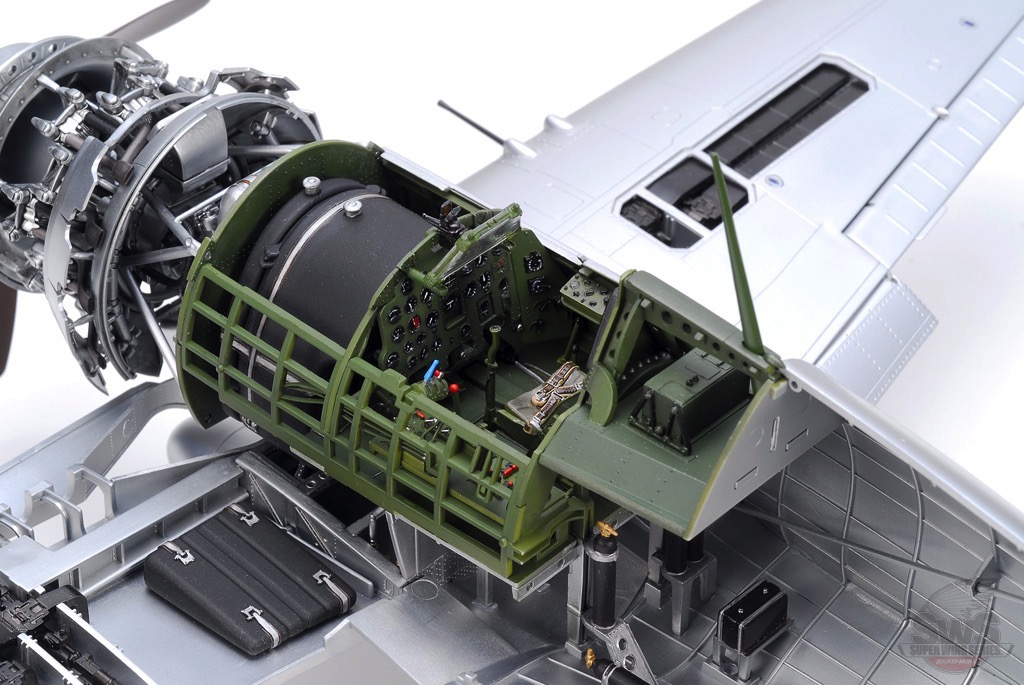 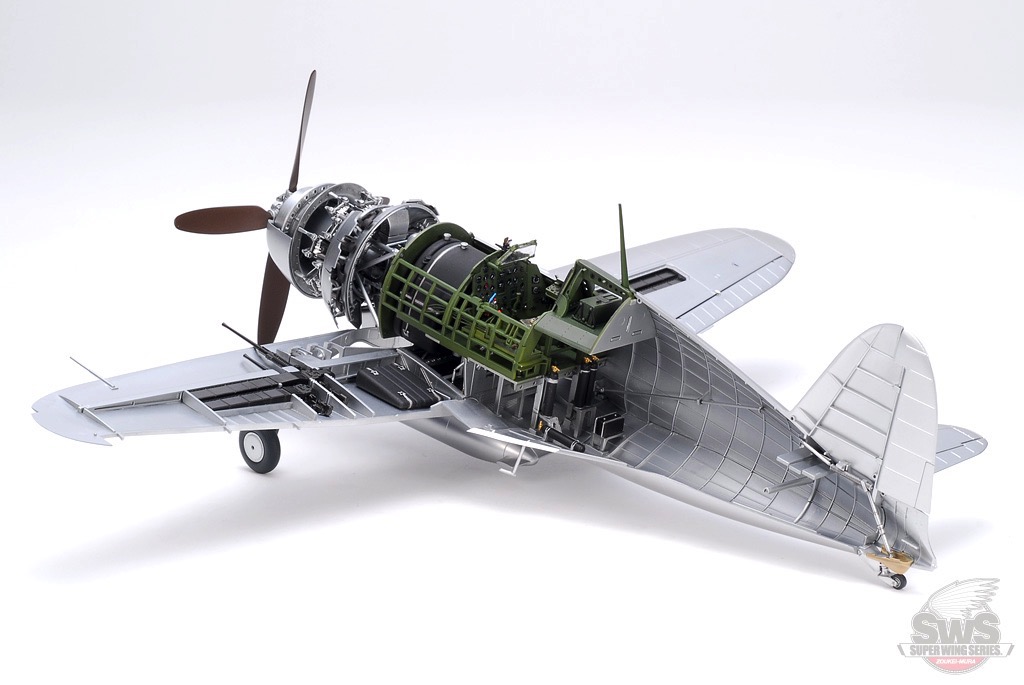 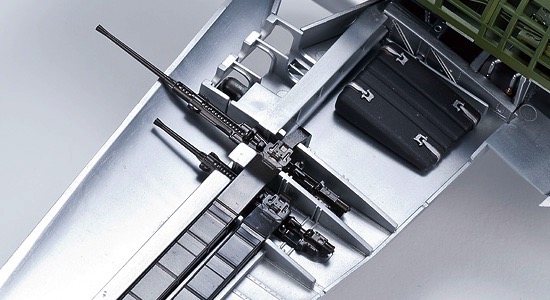 Important: Zoukei Mura has released a correction sheet for the official instructions. You can download it here:
http://www.zoukeimura.co.jp/download/Manual_raiden_correction.pdf

The Raiden was a point defence fighter optimised to improve overall fighting performance, endurance and fire power. So what was the solution adapted by the designer, Horikoshi, to the Navy's demands for better performance while retaining a large-diameter engine? It was all down to the external design of the airframe, which was streamlined and ultimately allowed a better climbing performance than opposing fighter, despite its less powerful engine. This high-performance machine was born with a full Japanese intensity of feeling! The truth of its design will now be revealed through this latest thoroughly researched SWS kit.

Witness the truth of the proud interceptor, the last line of defense for the imperial capital!

The Raiden was an interceptor designed to prioritize climbing performance and firepower at the expense of flight range and dog-fight capabilities.

What was the solution that Dr. Horikoshi adopted to solve the enigma that arose from the Navy demanding a high speed interceptor while also incorporating the un-aero dynamic large diameter engine?

As for the structural design of the shell, Dr. Horikoshi had extended the nose so as to reduce air resistance by creating a smooth streamlining form. He sought to surpass the climb performance of enemy aircraft by reducing the weight of the Raiden as much as possible.

Such innovations can be said to be specific to the Japanese, and as a result this infamous plane was born.

Every aspect of this aircraft shall be revealed through the SWS kit, developed as a result of exhaustive research and tireless development.