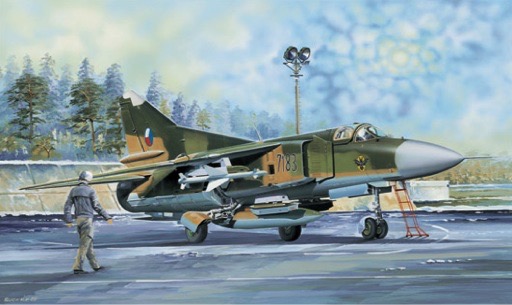 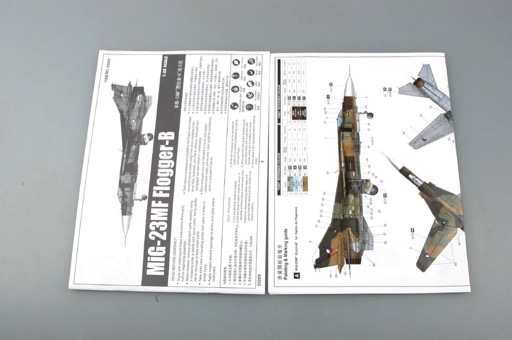 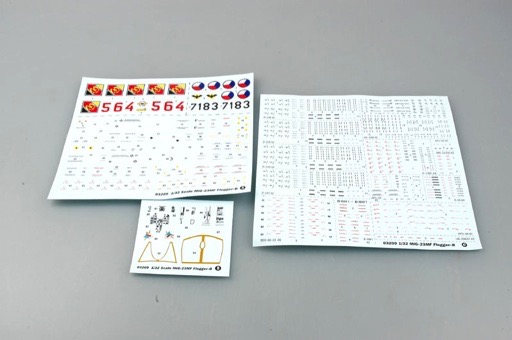 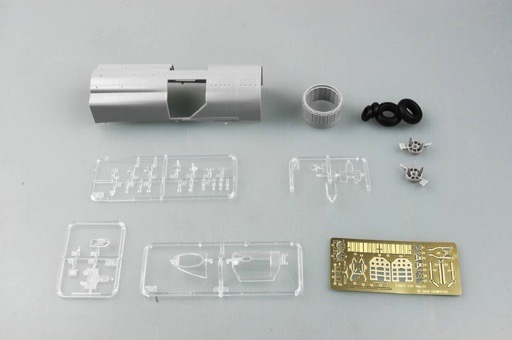 DISCONTINUED This product has been discontinued
and is no longer available.List price: $129.95
You pay: $91.89
(All prices in U.S. Dollars)

The MiG-23 "Flogger" is a high speed swing-wing interceptors,with a secondary capability of ground attack.designed by the Mikoyan-Gurevich bureau in the Soviet Union. Development began in 1964, the prototype first flew 10 June 1967 and was came to light during Aviation Day flypas, Domodyedovo Airport, Moscow, 9 July 1967. delivered to Soviet Air Forces in 1970. All family total over 5,000 aircraft was built before production ended in the late 1980s, And a large quantities were exported to countries outside of the Soviet Union. MiG-23MF Flogger-B was an export derivative of the MiG-23M originally intended to be exported to Warsaw Pact countries.