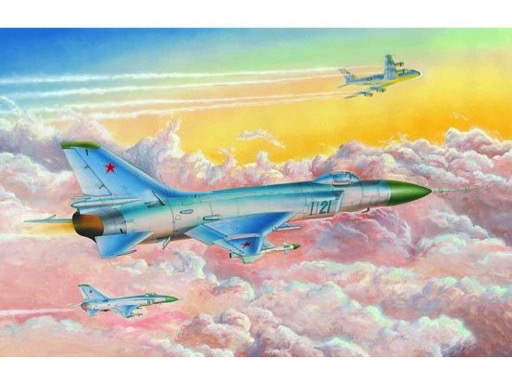 DISCONTINUED This product has been discontinued
and is no longer available.List price: $66.95
You pay: $45.39
(All prices in U.S. Dollars)

Production of Su-15T continued from December 1971 in the form of the Su-15TM with modernized Taifun-M radar and redesignation. Military tests were made from 15 February 1975 until 20 July 1978 and the production of the Su-15TM continued until 1975; In all former versions of the Su-15, the radar antenna had been covered with a cone but this design was not suited to the operation of the powerful Taifun-M. The nose of the Su-15TM was ogive-shaped, a compromise between the demands of electronics and aerodynamics. Using the SAU-58-2 SYSTEM, AN Su-15TM intercepting a low-altitude target was guided automatically by the Vozdukh-1m system to an altitude of 200m(656ft) so that the target was before it or even a little higher. Pilots, however, did not accept these extreme low-level attacks with the Su-15TM fighter. Very soon after this, production of the Su-15TM was stopped.