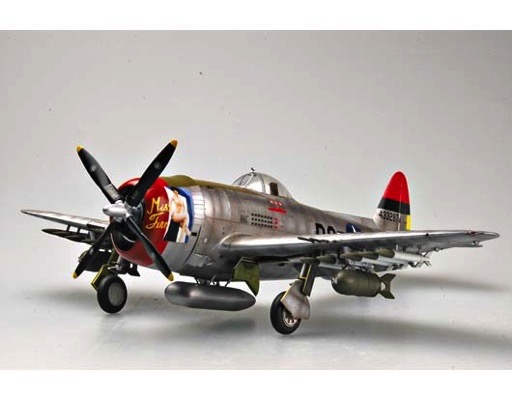 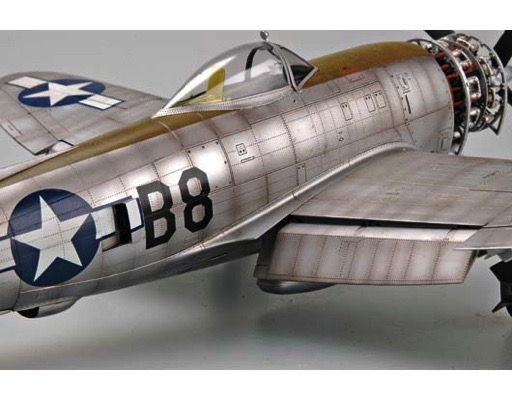 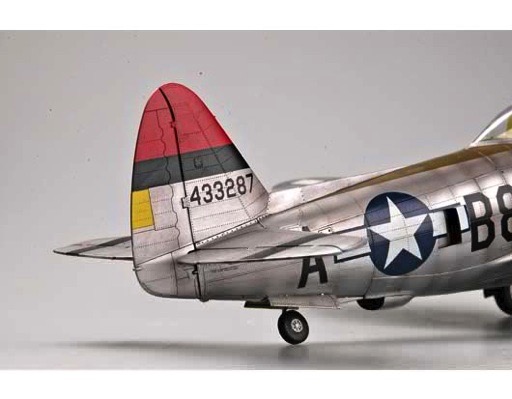 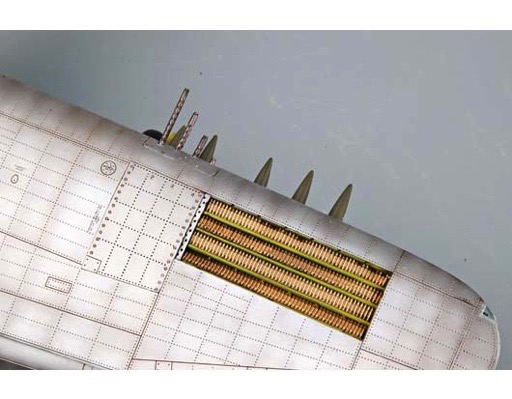 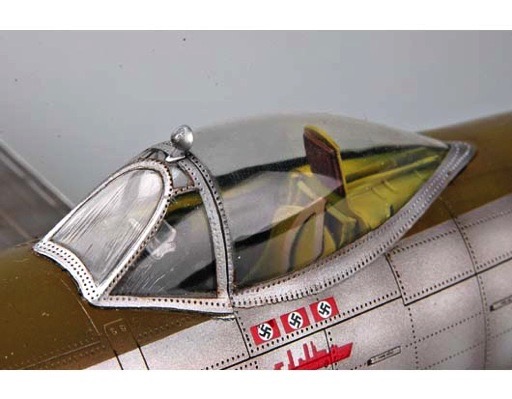 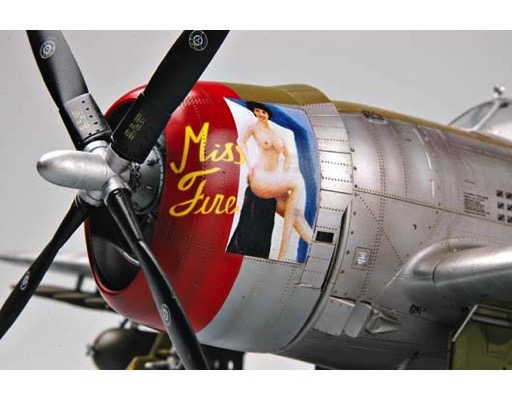 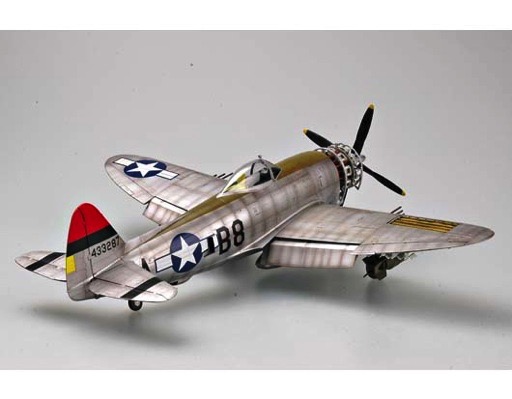 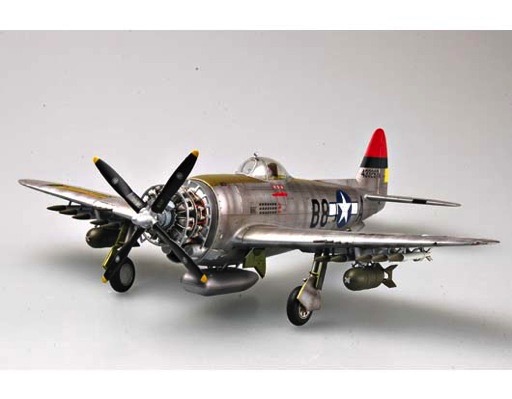 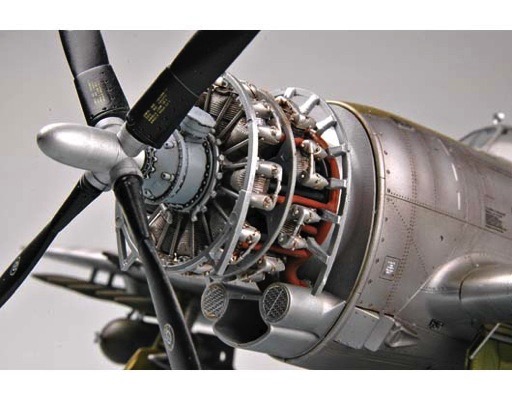 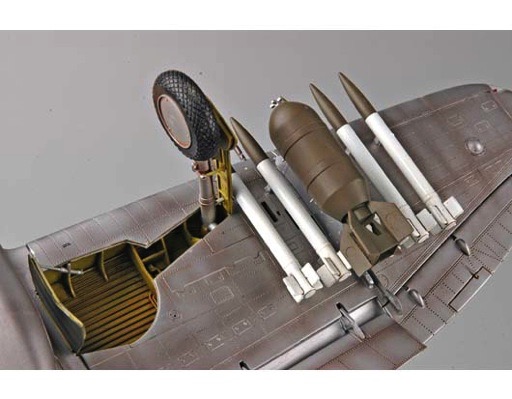 Affectionately know as "the Jug", the P-47 was a heavy (7-ton) fighter for its time. Designed as an interceptor, it found its true role as a hard-hitting ground-attack aircraft. Its great structural strength and massive radial engine that could withstand damage better than that of in-line engine fighters like the p-51and p-38 helped it survive the punishment. In March, 1942, the first production models started coming out the assembly line, and in January, 1943, the 56th Fighter Group was the first to make the new fighter operational, with the 8th Air Force based in Great Britain. Production really hit its stride with the P-47D, which was the largest series. The P-47D had a more powerful engine at high altitude and a heavier bomb load. With drop tanks the P-47 could escort bombers as far as Berlin, These Thunderbolts were built in several production lots and with a host of designations. Type: P-47D-30-RE Function: fighter Year: 1943 Crew: 1 Engines: 1 * 1865kW P&W R-2800-59 Wing Span: 12.42m Length: 10.99m Height: 4.44m Wing Area: 27.9m2 Empty Weight: 4812kg Max.Weight: 7900kg Max. Speed: 687km/h Ceiling: 12800m Max. Range: 2900km Armament: 8*mg12.7mm 1135kg