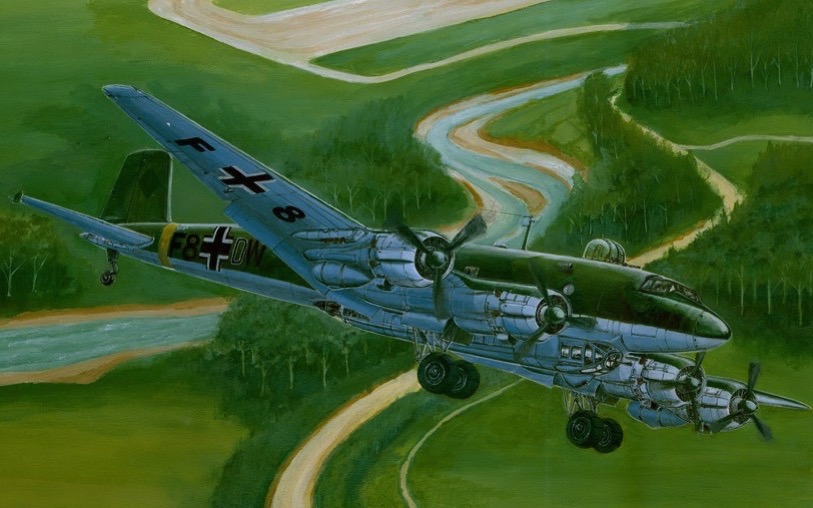 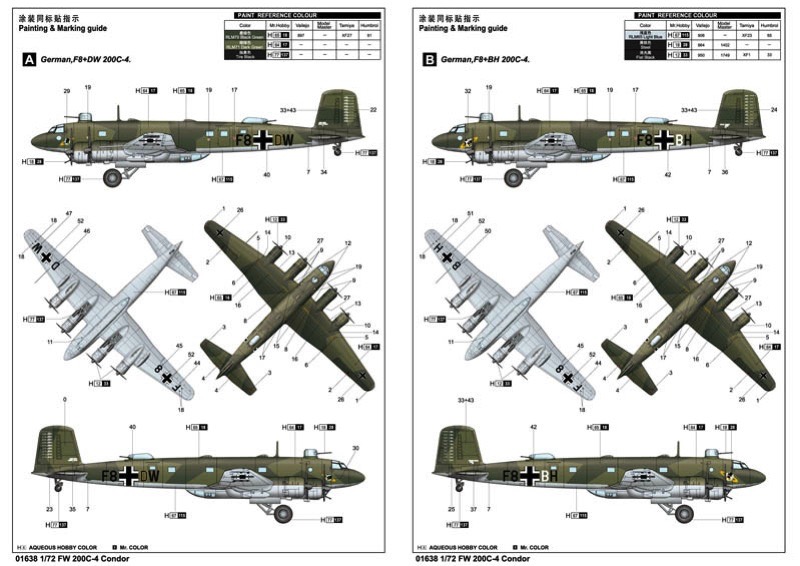 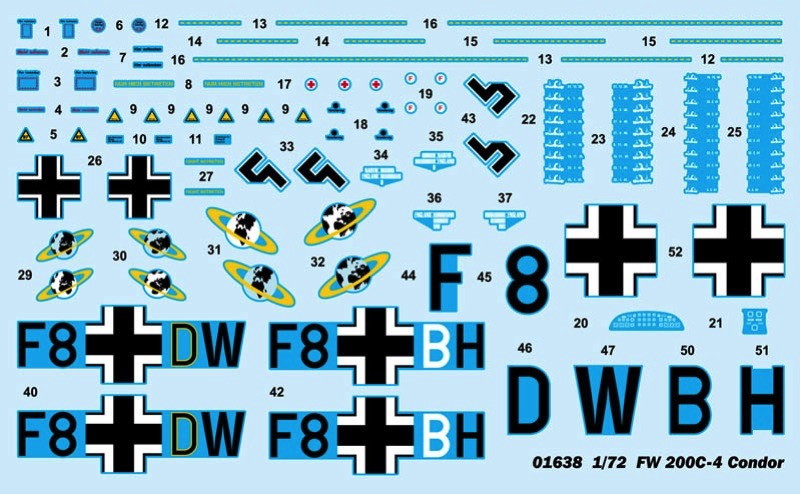 DISCONTINUED This product has been discontinued
and is no longer available.List price: $59.95
You pay: $40.79
(All prices in U.S. Dollars)

The Focke-Wulf Fw 200 Condor was designed by Dr.Kurt Tank as the response to the Douglas DC3.This all-metal four-engine aircraft was designed to carry 25 passengers and have the range to 3000km.The aircraft took the first flight in July 1937.After the outbreak of the World War II,the Condor was remodeled to the military aircraft as the transport,the bomber and the reconnaissance under the request of the Air force.The fuselage was strengthened and the wings became longer for the bombs,the inside of the aircraft was lager and the few of machine guns was added.