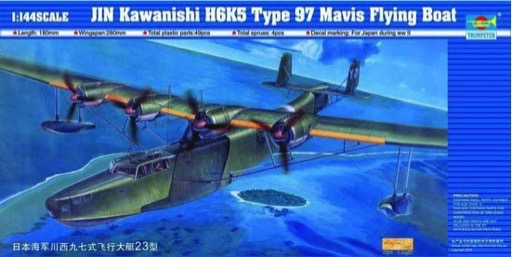 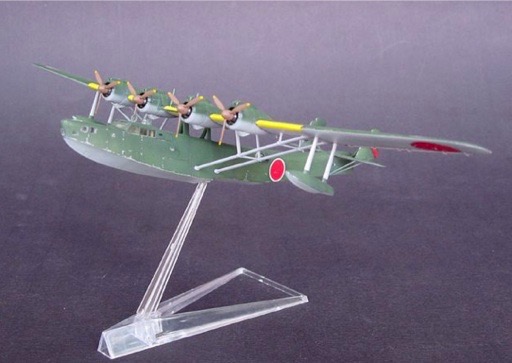 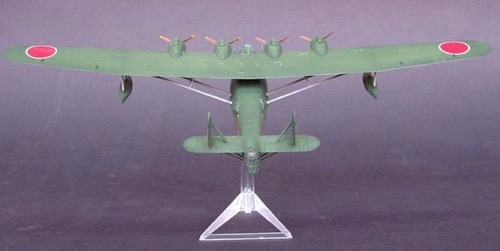 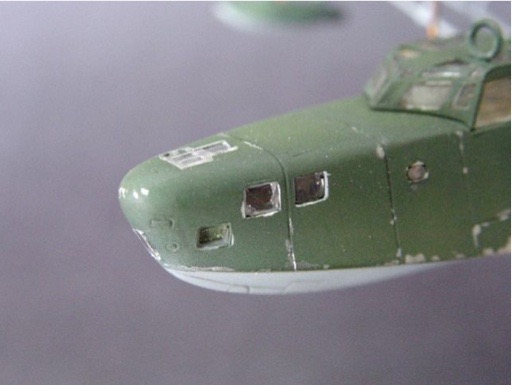 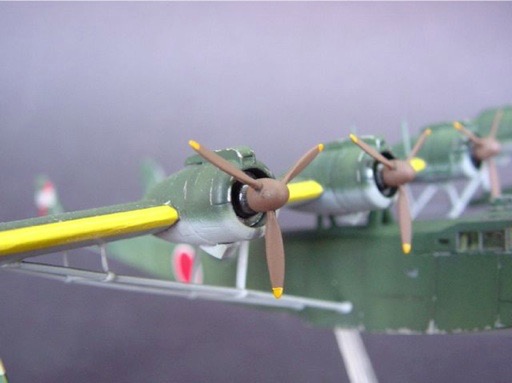 The Kawanishi Type 97 Japanese Maritime Reconnaissance Flying Boat was based upon 9-Shi specifications issued in 1934, calling for a four engined monoplane flying boat with exceptional range its parasol wing, raised above the hull, was braced by parallel inverted "V" struts, whose design owed much to contemporary French and American design techniques of the time. Type 97 H6K2 flew with Japan Air Lines as a 16 passenger aircraft between Saipan, Palau and other points in the Western Pacific for several years. The first major production version for the Japanese Navy was the H6K4 Type 97, Model 22 which had the power operated dorsal machine gun turret removed and two staggered beam gun blisters installed on the upper hull. Code named "Mavis" by the allies, it was re engined several times, as new and more powerful units became available, with the final version being the 1,300hp 14 cylinder Venus radial used in the H6K5. Sixty six Type 97's were in operation with the Japanese Navy when the Pacific war began, and it was used until production ended in 1943,when replaced by the H8K series of Kawanishi "Emily " four engined flying boats. Most of the H6k Mavis aircraft were withdrawn form front line service and converted to transports. A total of 217 Type 97 flying boats of all types were produced from 1936 to 1943.