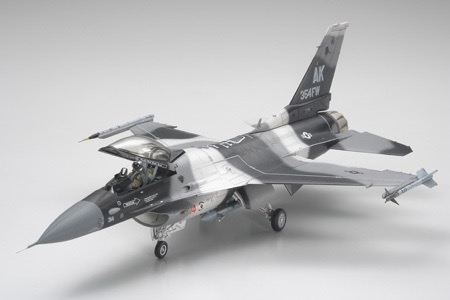 Backordered (Sign up for an email
notification when it's
back in stock!)List price: $74.00
You pay less than: $59.20
Add to cart to see actual sales price.

Since 1975, the U.S. Air Force has been holding large scale training exercises called Red Flag at Nellis Air Force Base in Nevada. These exercises pit a Blue Force against an opposing Red Force which has "Aggressor" units equipped with F-16C Block 32 and 42 to simulate MiG and Sukhoi fighters. Similary, the U.S. Navy's "Adversary" units used the purpose-built F-16N, which were based on the F-16C Block 30 in their own famous TOPGUN school at Miramar in California. These "Aggressor/Adversary" aircraft often had colorful camouflage schemes.