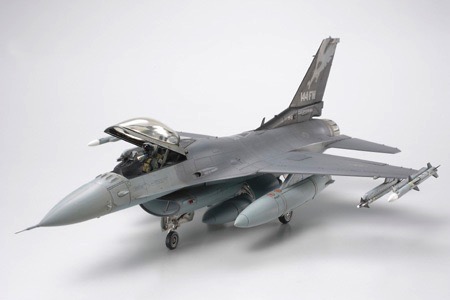 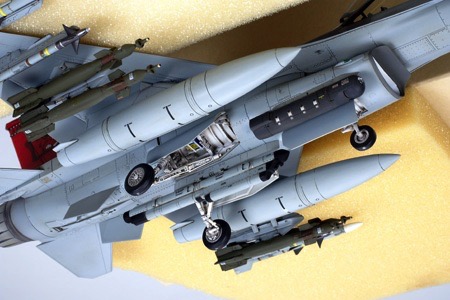 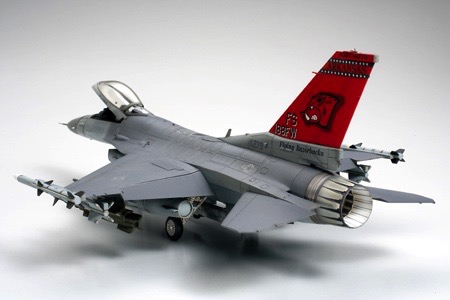 About the F-16C Block 25/32
The F-16 has become one of the most widely-used jet fighters in the world, and has therefore undergone a series of upgrades throughout its service life with various air forces. The Block 25entered service in 1984 and featured upgraded radar and cockpit avionics. The Block 32 was the first upgrade affected by a program to use different engines in the F-16, and continued to use Pratt & Whitney engines, while the Block 30 used engines made by General Electric. The Block 32 has been upgraded to carry a wide range of weapons, including the LITENING II laser targeting pod, which enables precision attack capability with laser-guided bombs.