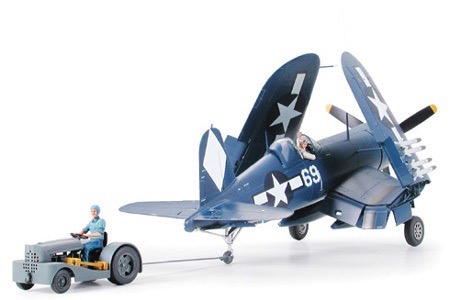 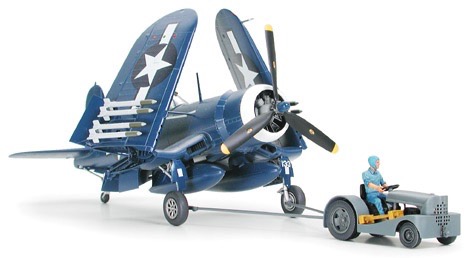 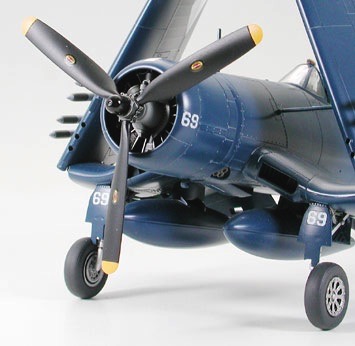 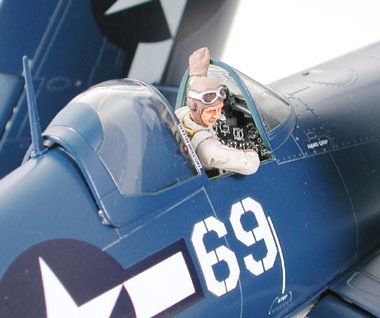 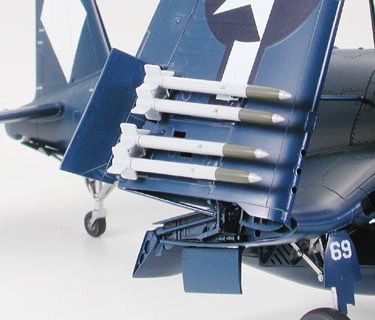 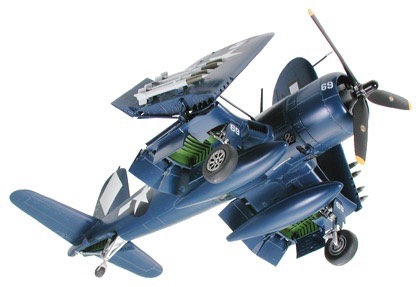 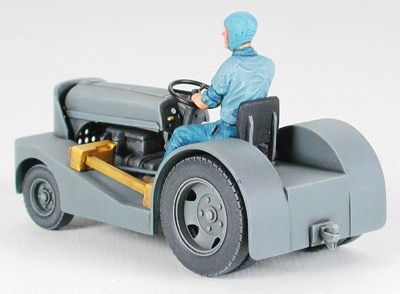 About the Vought F4U-1D Corsair w/ Moto-Tug
The speedy Corsair debuted as the 1st US fighter plane to overcome the 400mph (644km/h) barrier. However the initial production version of this aircraft, the F4U-1 "Birdcage", was not without its problems. The port wing stall often gave the Corsair unstable landing, and the long nose and framed canopy hindered visibility. These weak points necessitated the development of improved versions such as the latter developed F4U-1A with 18cm raised cockpit and raised rear landing gear. The F4U-1D featured clear vision canopy (two side frames removed) and had two pylons under the center wing section that could carry up to a 1,000lb bomb payload. In 1944 the F4U-1D Corsair was formally deployed as a carrier based aircraft.

Following the successful release of the 1/48 Messerschmitt Me262 A-2a w/ Kettenkraftrad, Tamiya is proud to present yet another aircraft/ground vehicle set: the 1/48 scale F4U-1D Corsair (Item 61061) with the all new 1/48 "Moto Tug." This kit is perfect for designing the ultimate U.S. Navy Scene Diorama. Aircraft Tug or "Moto-Tug" tractors, as they were nicknamed, were manufactured by Ford. The Ferguson Company modified these vehicles for ease of application in the U.S. Navy by lowering clearance, and reducing wheel diameter to make it more compact. A protective panel was also added. The double-tire version of this vehicle was the BNO-40, the single-tire version was the BNO-25. Tow bars from Moto Tugs would attach to the rear landing gear or main landing gear struts. These vehicles were active in towing U.S. Naval planes to runways and hangers. The kit will feature all new parts for recreation of rockets on outer section of wing, perfect for displaying in wing-folded position. In addition to the standing pilot figure of the previous kit, a pilot figure to be assembled leaning out of the cockpit (checking towing) will be included.

This kit reproduces the double-wheel version of the "Moto-Tug" with minimal parts for ease of assembly. Currently, decals for the replication of three different planes are planned to be included in this kit. Driver figure as well as two types of tow bars (main landing gear strut type and rear landing gear strut type) for "Moto-Tug" will also be included.