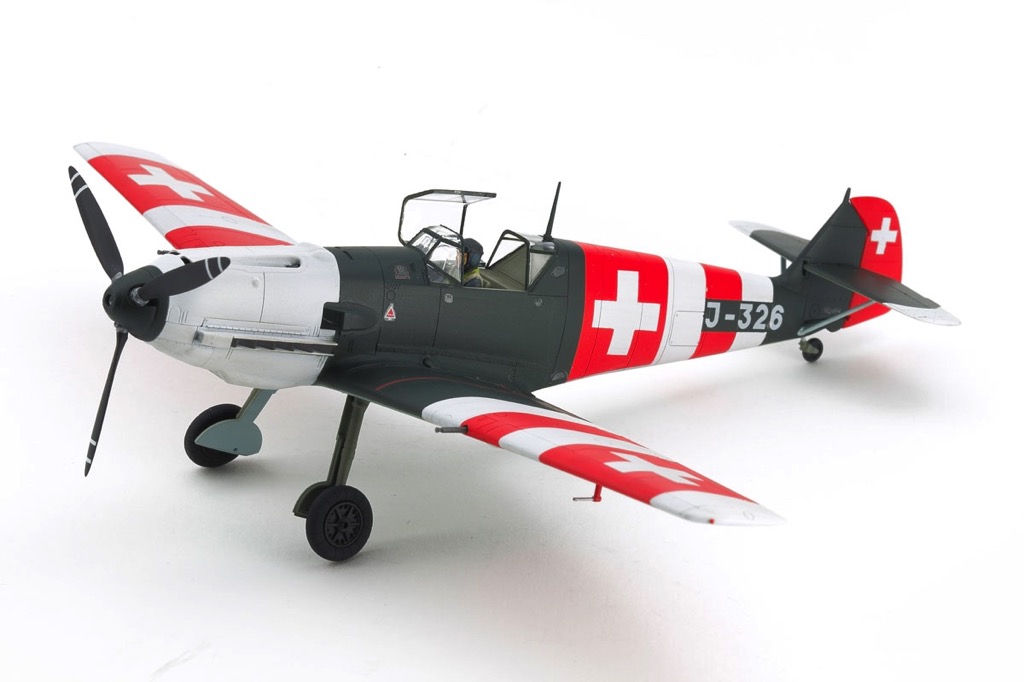 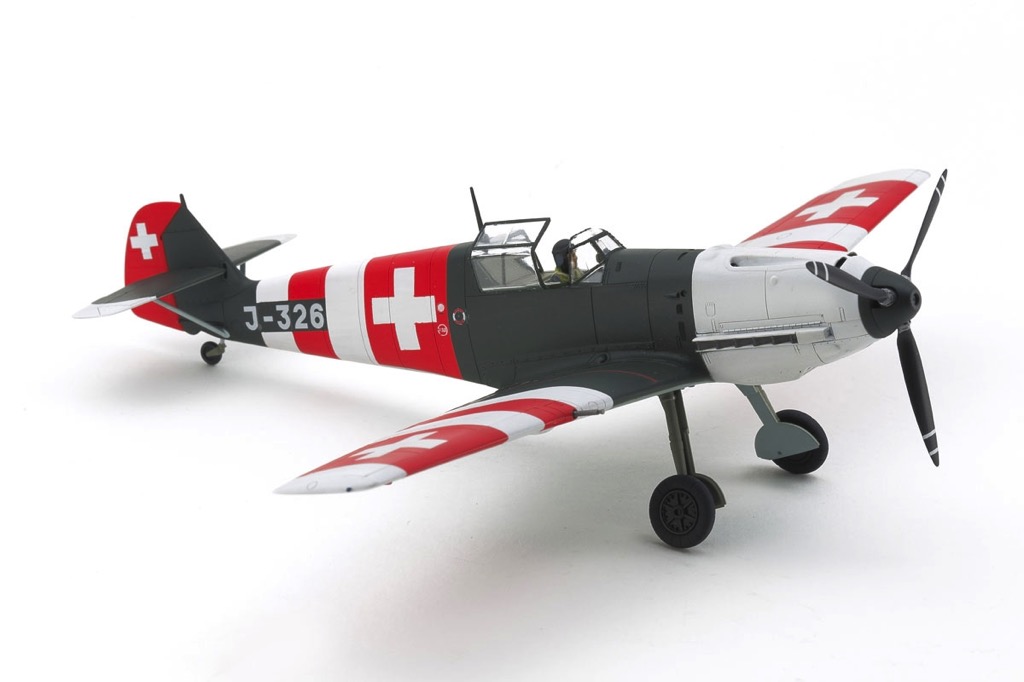 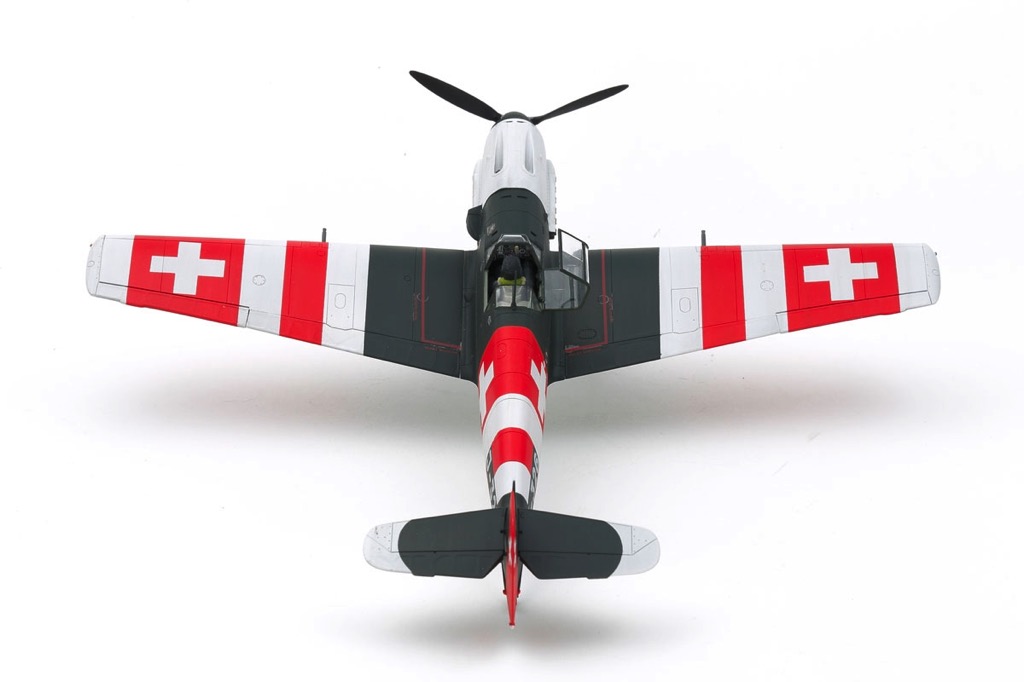 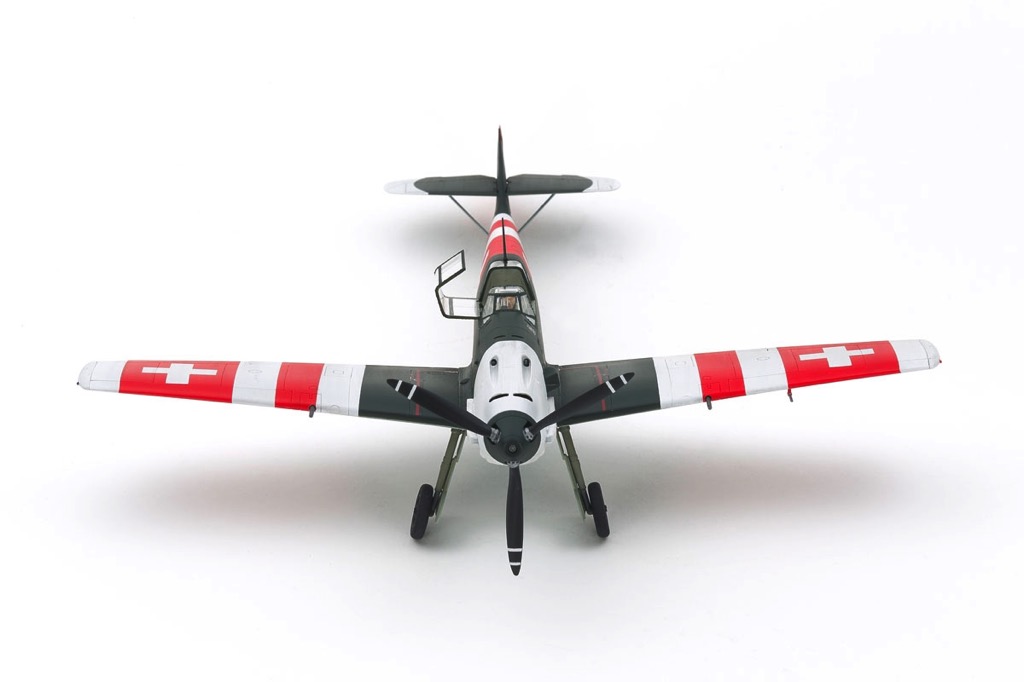 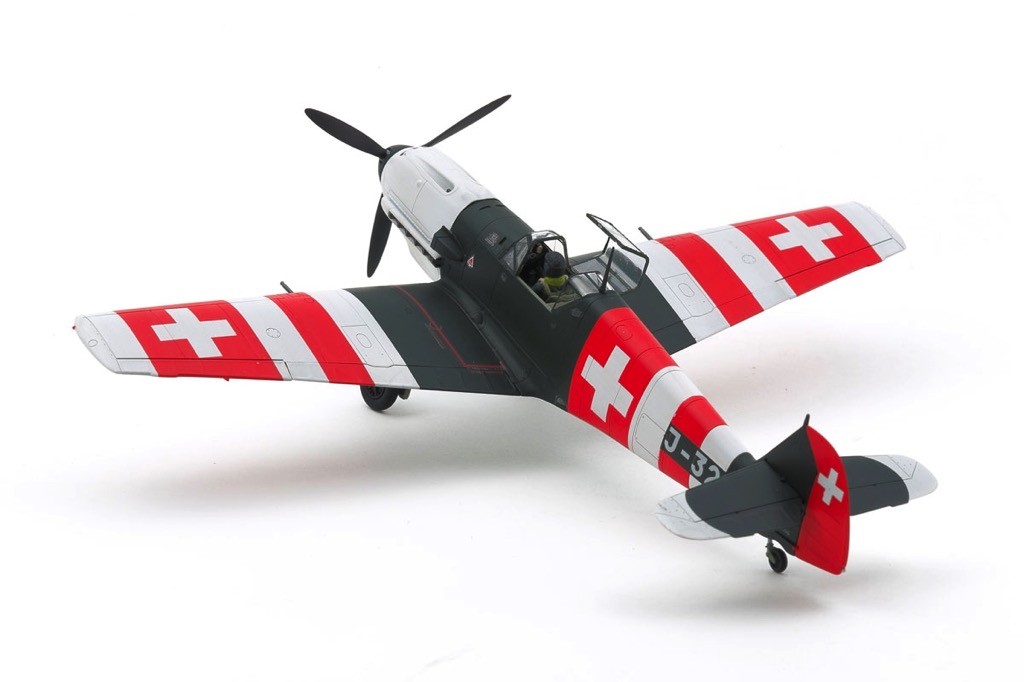 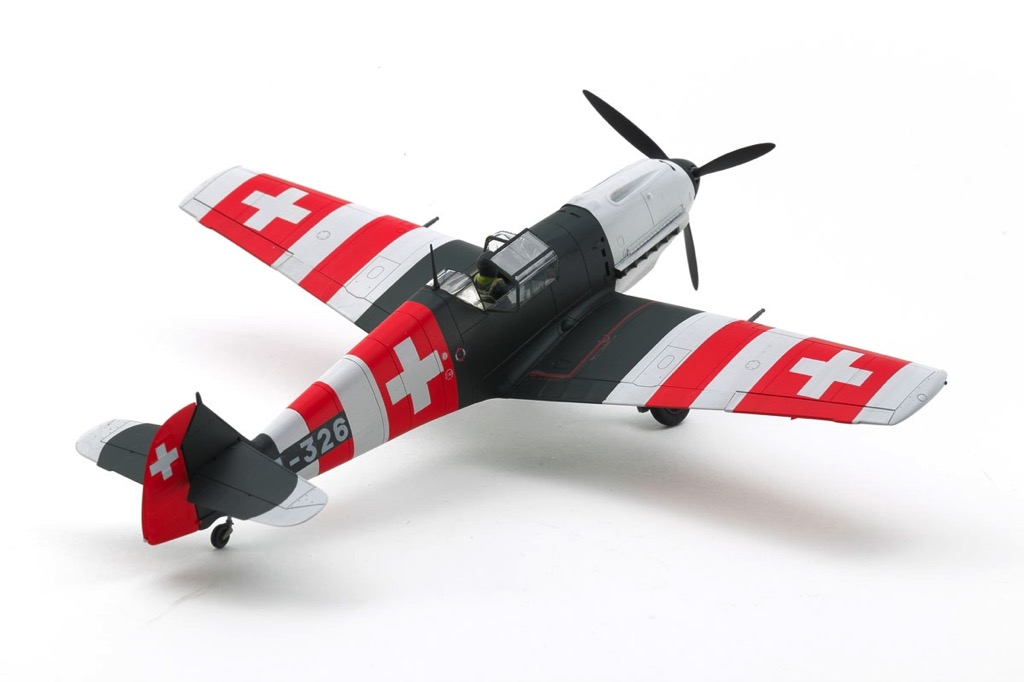 This model kit recreates the Swiss Messerschmitt Bf109 E-3 airplane. It is a variation of the very popular Bf109 E-3 kit (Item 61050)! The Messerschmitt Bf109 was undoubtedly one of the most famed German WWII aircraft; what some may not be aware of is that neutral Switzerland purchased around eighty Bf109 E-3 planes and during WWII operated them as their main fighters. From September 1944 onwards they were adorned with red and white patterns in an effort to avoid their being misidentified as German Luftwaffe aircraft and shot down by the Allies. The E-3 featured a 1,100hp Daimler Benz DB601Aa engine that provided plenty of power.