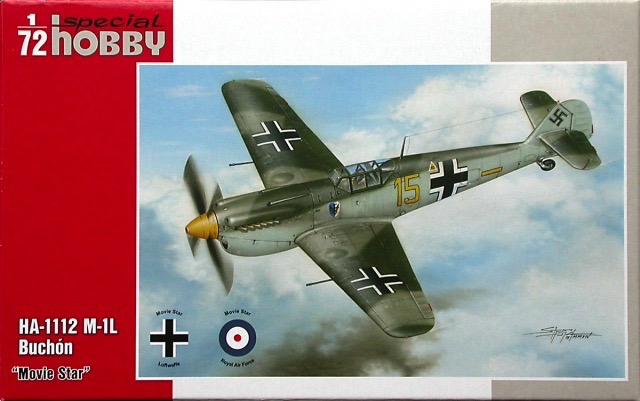 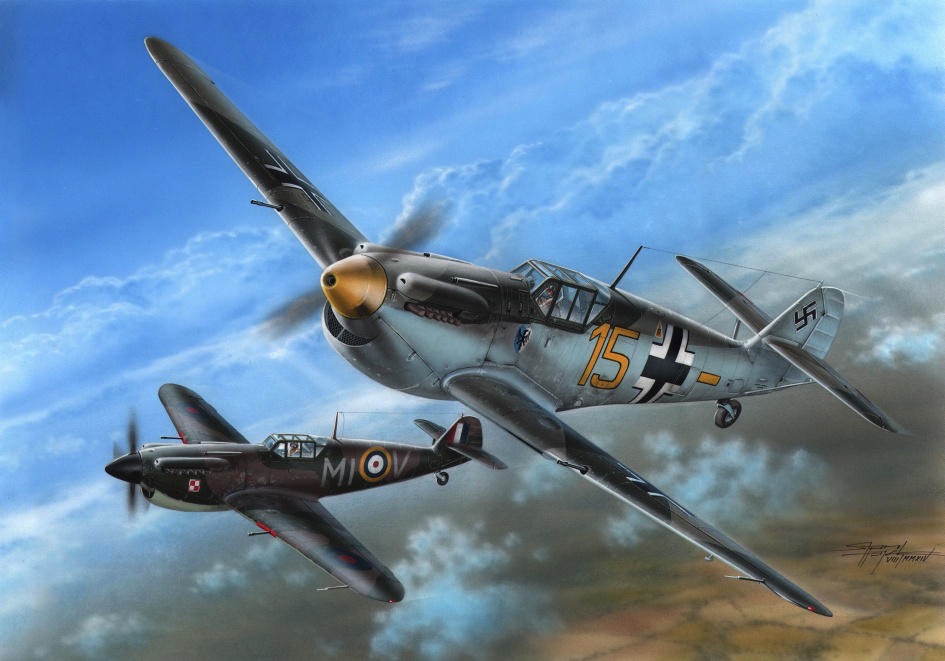 DISCONTINUED This product has been discontinued
and is no longer available.List price: $23.00
You pay: $16.39
(All prices in U.S. Dollars)

To resemble Bf 109E in the Battle of Britain movie the Buchons had to be adapted. The wingtips distinctive for Bf 109F and later versions were replaced by squared ones, however to maintain the wing area the wingtips did not end just next to the ailerons outer ends like on the Bf 109Es. The aircraft were equipped with weapon maquettes; fuselage mounted machine guns and wing mounted cannons. The horizontal tail planes were prop ups by struts. The aircraft received fictive Luftwaffe units' camouflages and markings. During the filming became obvious the lack of airworthy Hurricanes so for the filming of bigger formations at least three Buchons were painted over to resemble Hurricanes of Polish RAF squadron. These "Hurrischmitts" then played extras in the background.

The kit of the movie version of the Buchon contains two frames with grey plastic parts but different from the Spanish version. The kit contains the wing with movie wingtips, new nose section with machine gun maquettes and the tail plane struts. Decals included offer markings for the Red "10" and Yellow "15" that flew for the German side (both with fictive units' markings) and British "Hurrischmitt" with MI-T code letters and Polish chess board on the nose.