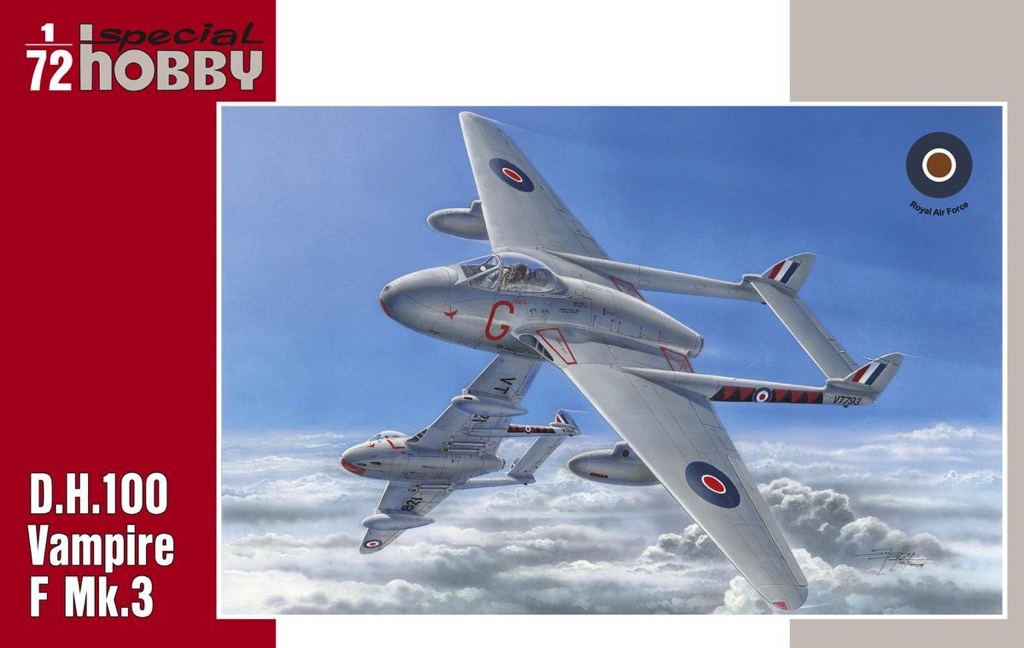 DISCONTINUED This product has been discontinued
and is no longer available.List price: $24.99
You pay: $17.79
(All prices in U.S. Dollars)

The Vampire fighter became of the greatest British export success in post-war period. Owing to its simple and sophisticated design, rather high performance and also due to favorable price, the Vampire became the first, or one of the first jet planes for many of countries. At the same time it was deployed to many RAF squadrons that served both at mainland bases as so at the overseas bases. Highly detailed model in excellent quality (3D design and steel moulds) is spread in two frames accompanied with one sprue of clear parts including wingtips for VampireMk.3 version.Comparing to VampireMk.5 version that is already on sale this new kit contains remodelled jet intakes and horizontal stabilizer. Decals included offer markings for 4 RAF squadron machines that show the RAF fighter aircraft camouflage variation in the post World War 2 era.