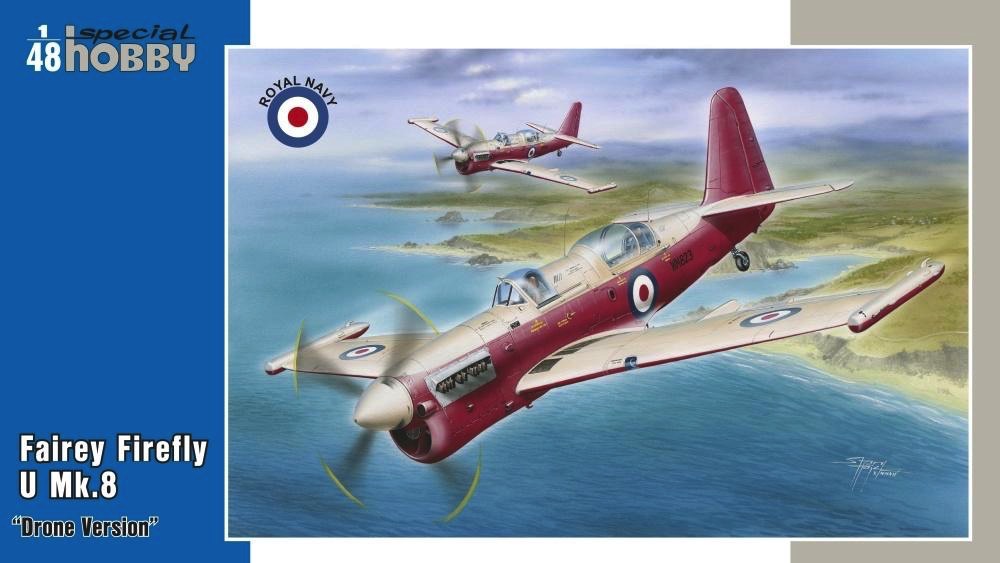 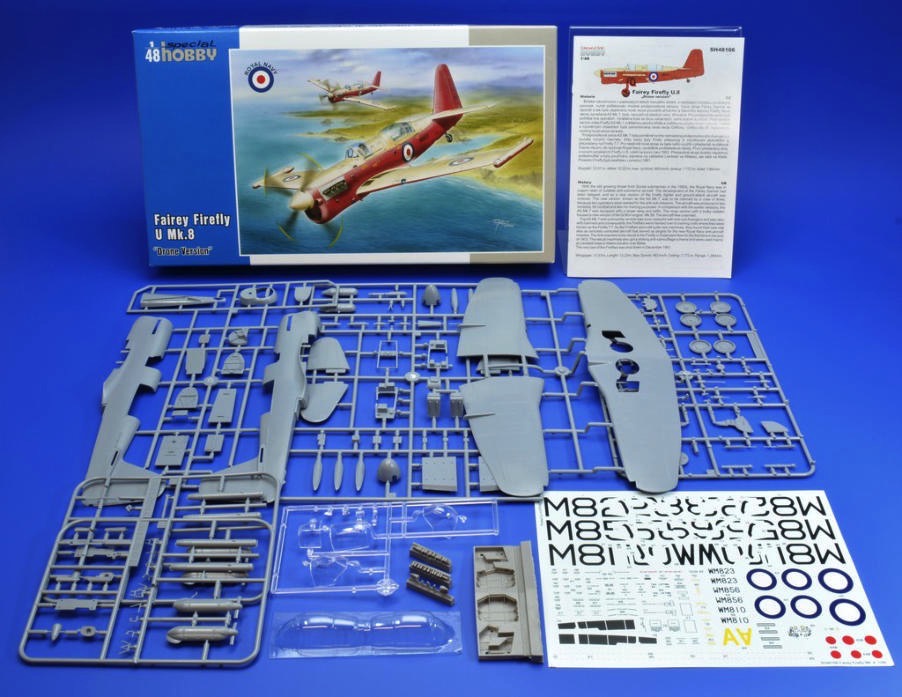 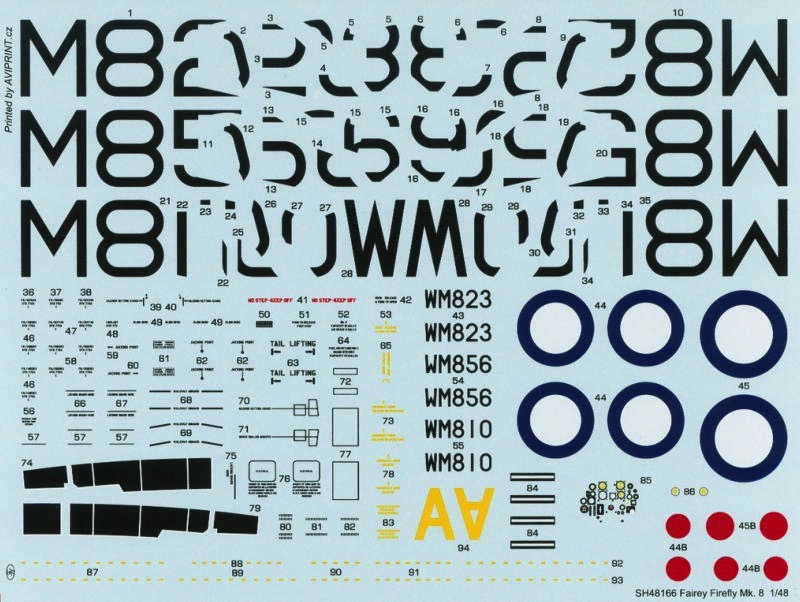 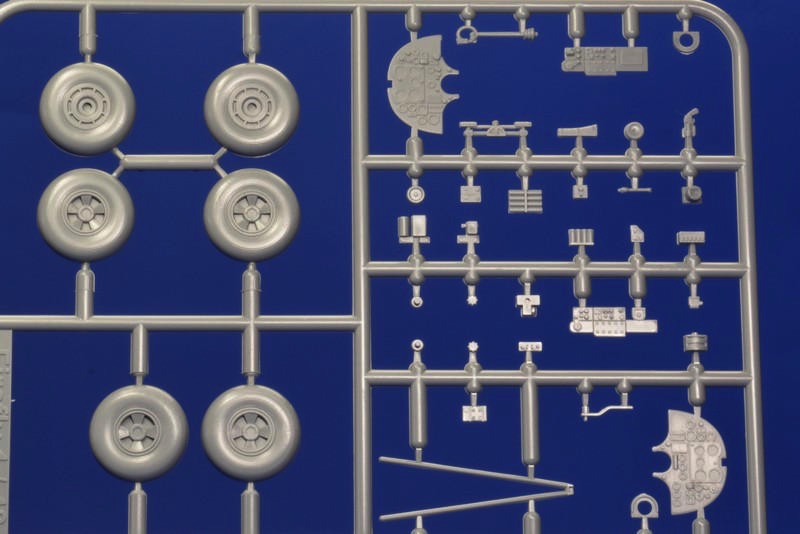 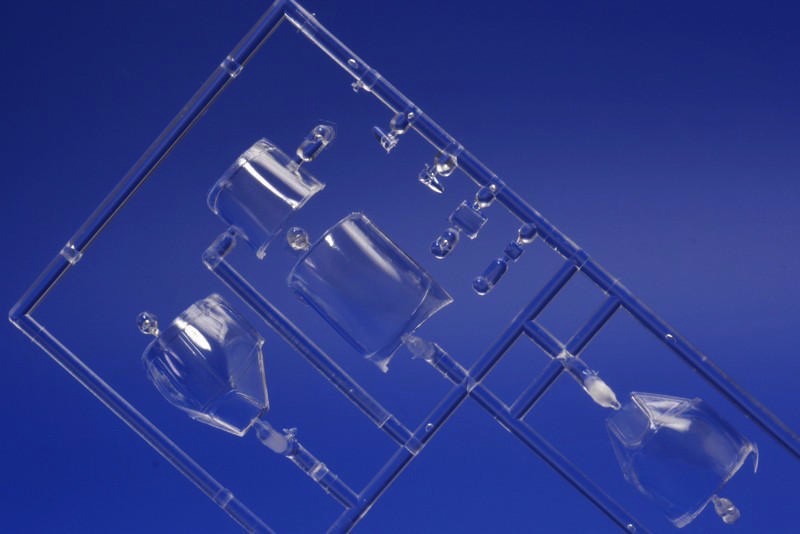 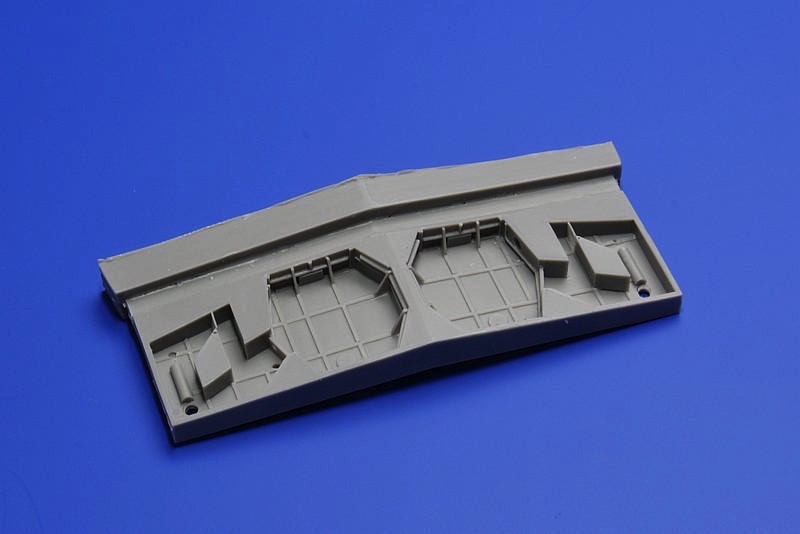 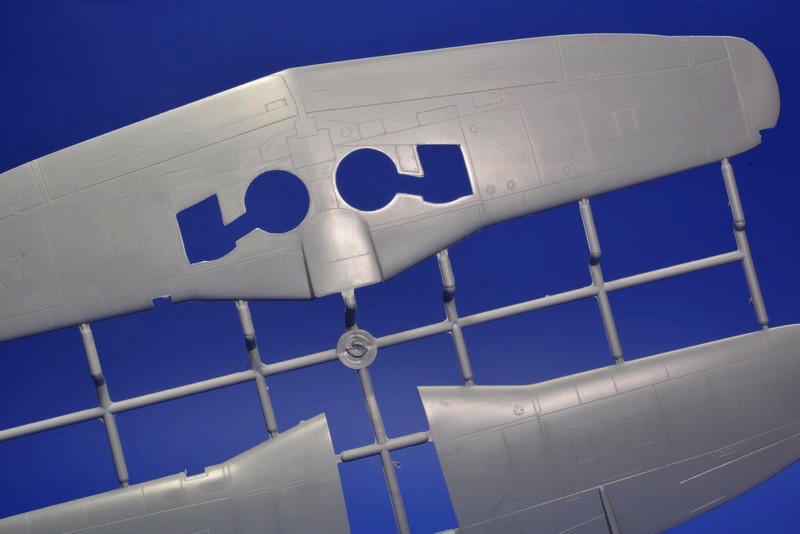 The AS Mk.7 anti-submarine version was soon replaced with anti-sub Avengers and later also with Gannets. As the Fireflies were still quite new machines, they found their new role as remotely controlled aircraft that served as targets for the new Royal Navy anti-aircraft missiles. The rebuilt machines also got a striking anti-camouflage scheme and were used mainly at Llanbedr base in Wales.

The sprues in the kit are the same as in the 48130 model. There are also some extra-parts for the wing tips typical for the rebuilt machines. The decal options comprise of three cream-yellow and dark-red Fireflies, one of which was the very first rebuilt U Mk.8 machine.