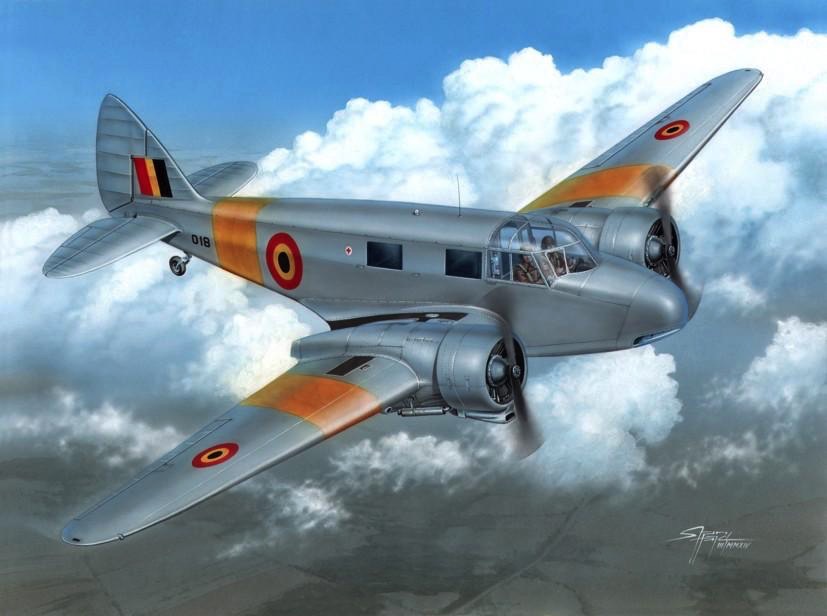 Oxfords were used during the war not only by the RAF and Commonwealth air forces but also by the USAAF, particularly by the Eighth Air Force as a liaison aircraft.

When the war ended Oxfords were purchased by the Belgian Air Force and Netherlands Naval Aviation Service. One Oxford was purchased by the Czechoslovak Military Air Force. The decal sheet included in this kit offers one machine of each above mentioned users. Particularly Eighth AF's yellow "D" machine, Belgian AF's "O-18" (of note is the interesting use of the different ratio of roudels' centers, yellow bands are abnormally perpendicular to the wing's leading edge), Dutch Navy "18-2" machine camouflaged in Extra Dark Sea Grey though the original camouflage shines through and the only Czechoslovaki Oxford "PH511". During its service the latter machine's identification was changed at least three times, the changes are covered by the decals and camouflage instructions. The plastic parts are identical to the Special Hobby 48152 kit.