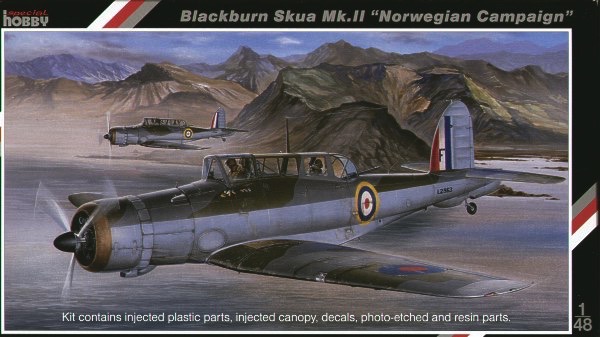 The Blackburn B-24 Skua was a carrier-based low-wing, two-seater, single-radial engine aircraft operated by the British Fleet Air Arm which combined the functions of a dive bomber and fighter. It was designed in the mid-1930s and saw service in the early part of the Second World War. It took its name from the seabird.