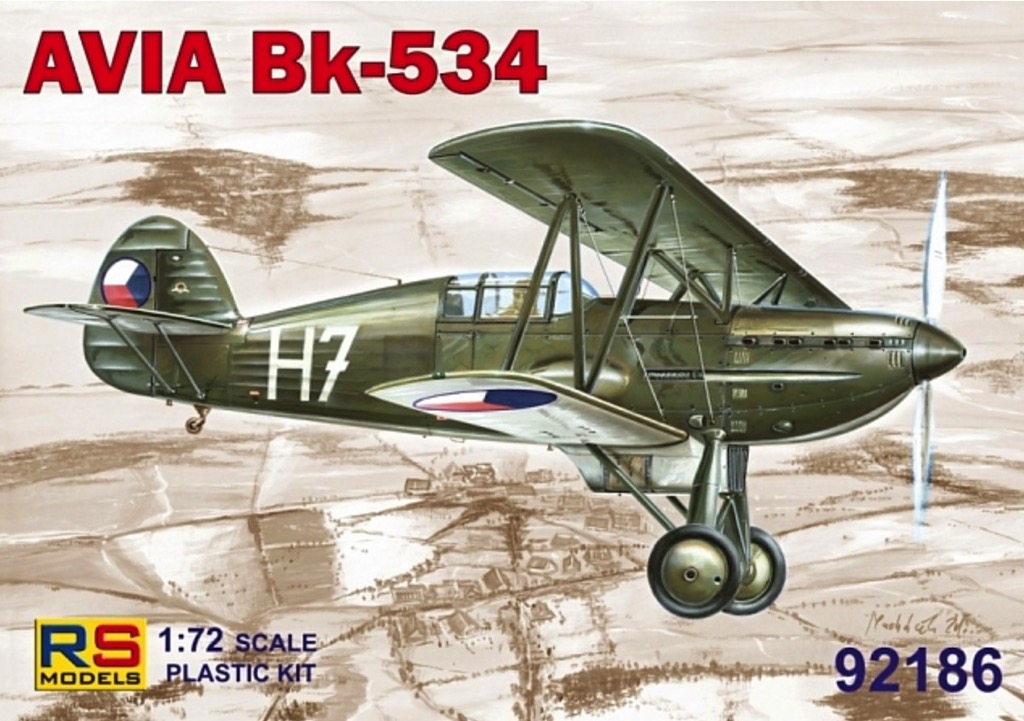 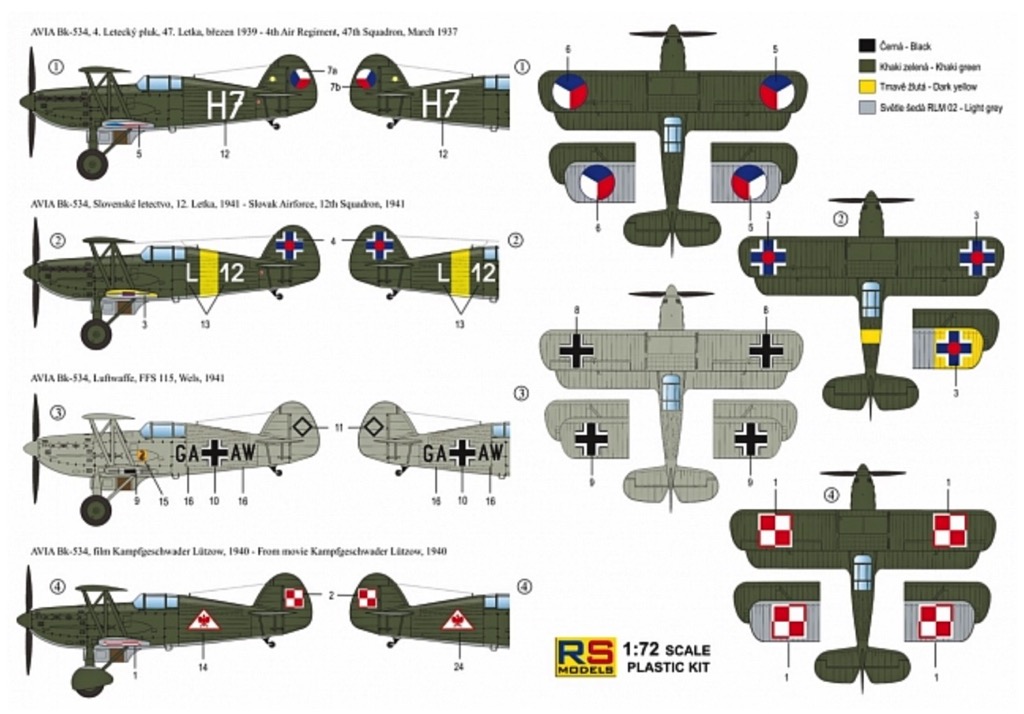 Important: RS Models are limited run kits with basic details and are for intermediate to advanced modelers only. They will require extra work to build successfully including scratch-building and modification of parts.

The Avia Bk-534 was to be a cannon armed version of the B-534 with a license manufactured Hispano-Suiza HS-12Ycrs with the cannon barrel through the hollow airscrew reduction gear shaft.

Teething troubles with the cannon armament were not solved by the time the production of the first batch was begun in late summer 1938 and so a third 7.92mm machine gun was installed instead. The same was repeated when production of the second batch was started early in 1939. As a result, the Bk-534 was the weaker-armed instead of being the more powerfully armed variety of the original fighter.

More Avia Bk-534's were made for the Nazi Luftwaffe than for the Czechoslovak Air Force. With the exception of the three first machines, the Bk-534's from the second batch procured were taken over by the German occupants.