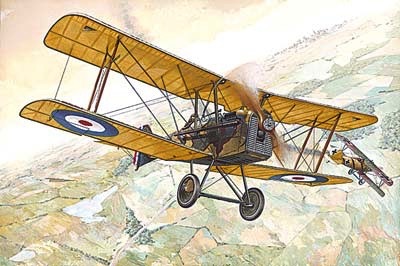 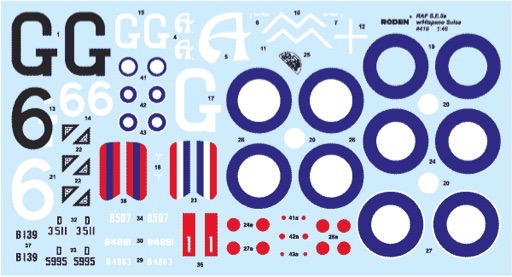 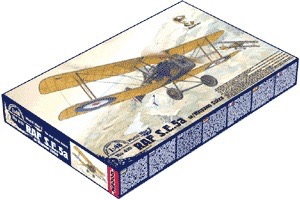 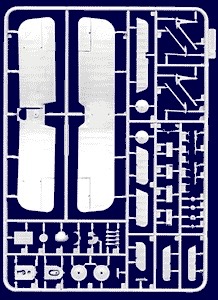 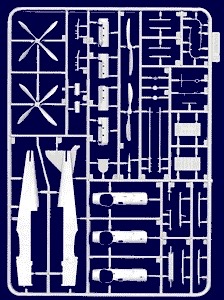 In the Spring of 1917 the RFC received a new fighter, the RAF S.E.5. This fighter had potentially very good fighting capability, which was successfully realized by one of the Empire's best aces, Albert Ball, in numerous air duels with the adversary's planes. The only significant disadvantage of this plane was its Hispano Suiza V8 engine whose 150 h.p. was insufficient. This engine was being produced in France and required further improvement. The situation changed shortly after the appearance of Hispano Suiza's 200 h.p. engine, a powerplant which could offer the plane significant improvement.

By the end of May in the same year, the third prototype of the S.E.5 with the new engine conducted its first flight. This plane was very similar to its predecessor, however, a few differences still existed: a four-bladed propeller appeared, the keel fuel tank was now installed in the middle of the center section, adjustable radiator shutters were added, the shape of the exhaust manifolds changed, and the huge windscreen was replaced by a regular one.

The first test flights proved preliminary expectations to be justified: speed increased by 29 km/h, and climbing time to 5000 m was cut in half. The Royal Aircraft Factory started the mass production of the S.E.5a at its plant in Farnborough even before the test flights were over. Besides that, seven subcontractor firms received major orders to build the type.

56 Squadron of the RFC was the first to receive the S.E.5a in 1917. The unit that had successfully flown the 'regular' S.E.5, welcomed the new modification of this plane. During its service some insignificant drawbacks were discovered. For instance, the landing gears turned out to be not strong enough. Initially they were made of thin steel tubes, as on the previous aircraft. However, due to the fact that the plane's weight had increased, their structure was soon over-stressed. Later build planes had strong thick wooden landing gears.

The engine still continued to be the major problem for the S.E.5a; French plants were building it in insufficient quantities. Moreover, the quality of production was still unsatisfactory. As a result, the engine frequently failed during the flight. Sometimes, such failures led to fatal accidents.