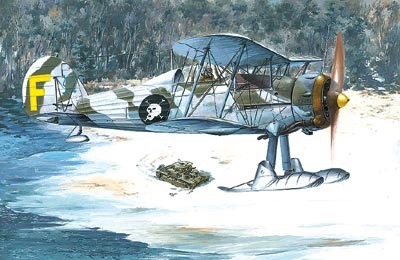 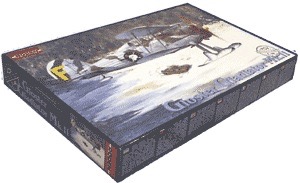 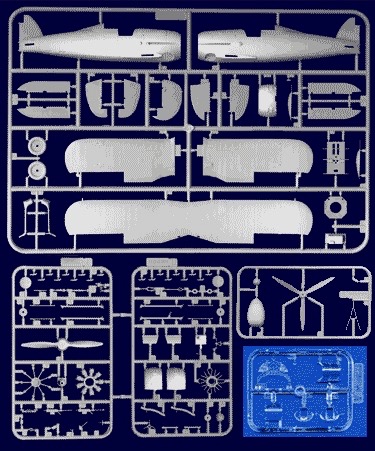 In 1937 the Royal Air Force's last biplane fighter the Gloster Gladiator did not satisfy the demands of modern air combat - the future belonged to high-speed monoplanes, and the war that approached Europe would become a war of 'next generation' technology.

However, the interests of the British Empire meant a military presence in the most remote parts of the world, including South Africa and the Middle East. That is why the Ministry of Aviation placed an order with the Gloster Aircraft Company for the improved Gloster Gladiator Mk.II modified according to the requirements of specification F.36/37. The most significant innovation was the substitution of the Bristol Mercury IX engine with the Mercury VIIIA: the capacity was still the same, but the gear ratio was 0.572, permitting the installation of the new three-blade Fairey Reed metal airscrew. There were no more external differences, but the designers also paid attention to improving the business of flying the aircraft. The Mk II had an electric engine starter, an improved navigation system, and new equipment for measuring altitude and climb rate. Since the intended operating area was the desert, the aircraft was equipped with a tropical carburetor intake, as well as a special container with water and provisions. In 1938, just before the Munich Crisis, the Gladiator Mk. II served in the front line of the Royal Air Force. However, after the arrival of the Hawker Hurricane in sufficient quantities, they were gradually transferred to the Auxiliary Air Force. The Gladiator Mk.II was too obsolete for modern air combat, but the shortage of new types led to extensive service during the first years of the war.

Right after the beginning of WWII, Gladiator Mk. IIs were sent to France as part of the Expeditionary Force. Sadly, their career was very short - after one Luftwaffe raid almost all machines were destroyed. At the time of the Battle of Britain, 247 Squadron of the Royal Air Force was the only unit equipped with the Gladiator Mk.II; pilots flying the type managed to score several victories. The most notable campaigns in which the Gladiator Mk.II took part were the Battle for Norway and the South-African Campaign. Numerous victories over enemy planes proved that when piloted by an experienced pilot, the Mk.II could be a deadly weapon.

To secure take-off and landing in snowy regions most Finnish and Swedish fighters were equipped with skis.

The Finnish Gladiator Mk.II fought on the front line the longest, until the middle of 1943. In North Africa the Gladiator Mk.II served until the end of 1942. Other Mk.IIs were used as messenger and weather reconnaissance planes until 1944.