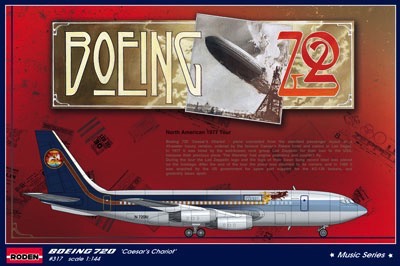 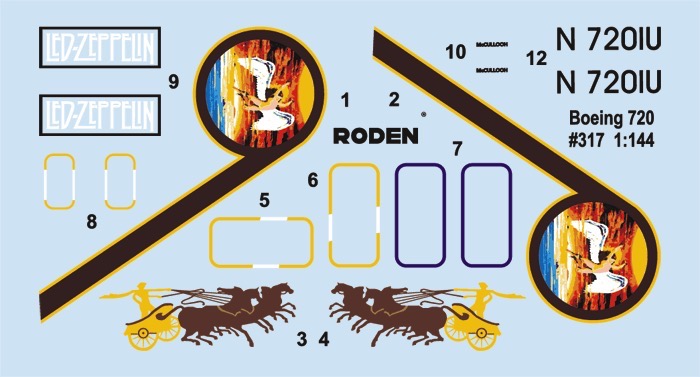 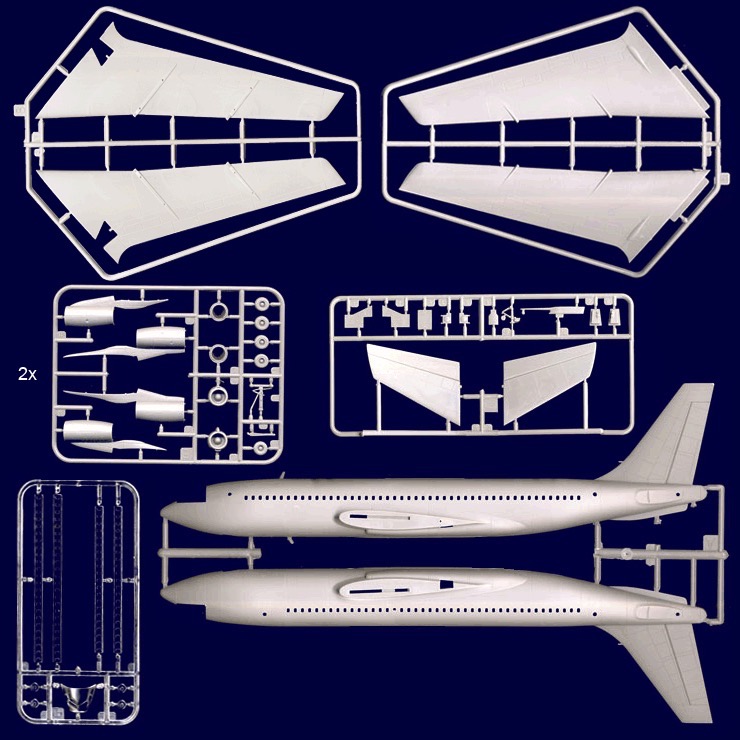 The development of the music business in the second half of the 20th Century was closely connected with aviation. Numerous performers and musical groups toured not only within their own country, but internationally: having gained wide public popularity, ambitious performers had to make a world tour in support of their newly released album or single. Constrained by the necessity of flying from Europe to the Americas and back, a group's managers were obliged to work out the optimum tour route to cover as many cities in a given country as possible. It was no surprise that the airplane was the best means of transport over long distances. In the mid-Sixties, the Rolling Stones for their tour to the USA hired a Super Constellation plane, and on its fuselage was placed the group's distinctive 'tongue and lip' logo.

In the early Seventies one of the most famous rock groups of the Twentieth Century was Led Zeppelin, which carried out a tour across the USA for the first time using a Boeing 720 VIP plane named 'The Starship One'. They were so delighted with its convenience that for the next few years on each tour it became an actual flying hotel for them.

However, by 1977 The Starship One was completely worn down to the ground and had significant problems with its engines. For the next tour to the USA in 1977 the group's managers had to hire another Boeing 720 which belonged to the Caesar's Palace Casino, called 'Caesar's Chariot'. It was not as magnificent as The Starship, but more comfortable than the usual regular flights. This machine was built in 1962 and delivered to United Airlines. Later, the plane was used by Braniff International Airways, Todd Equipment, and McCulloch International.

In 1978, Led Zeppelin used this plane on tour across the USA for the last time. The next grandiose tour was scheduled for the year 1980, but the sudden death of the group's drummer John Bonham on September 25, 1980 brought an untimely end to the career of the greatest rock band of the Twentieth Century. After that Caesar's Chariot never again rose into the air with the Zeppelin logo on board, and in 1986 it was acquired by the US government for spare part support for the KC-135 tankers. But it lives on in history as the last plane of one of the best rock bands of all time.