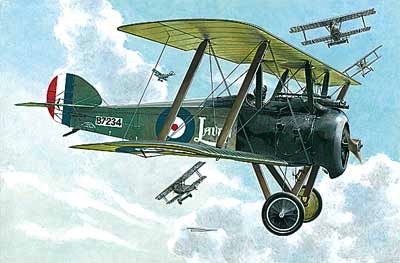 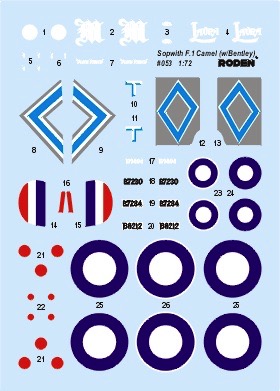 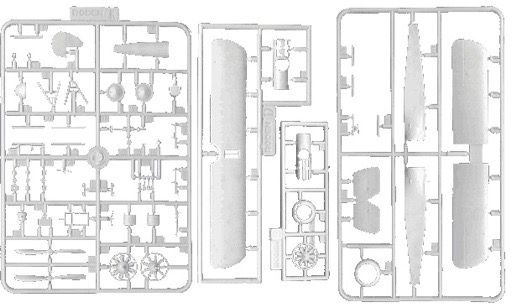 One of the famous, and the most successful fighter of the First World war, the British Sopwith Camel was built in huge numbers - during 1917-1918 the overall production of the type exceeded 5,500 machines. Initially the 110 h.p. Le Rhone engine was installed in the plane, but the majority of production machines had the more powerful Clerget 9B engine (130 h.p.). With the Clerget 9B engine the fighter surpassed the basic performance of the most advanced standard German fighters of the time, the Albatros and Pfalz. However, the newest Fokker development posed a considerable threat for the Sopwith Camel.

In 1917, with the war at its height, and series production of the Sopwith Camel at its peak, talented engineer Walter Bentley from the Aviation Department of the Admiralty proposed some major improvements for the Clerget 9B engine. Development of an essentially new engine while under the intense pressures of wartime could obviously solve a whole set of problems, and consequently the various military commands approved Bentley's idea.

For the sake of economy of weight and improved performance Bentley used aluminium in the cylinders of the Clerget 9B, with steel sleeves. His work permitted the engine to deliver another 30 h.p. - a significant figure at the time. And so the specific weight was reduced by up to 1.15 kg. This 'modified Clerget' was already so essentially different from the original, that it gained its own official name, Bentley BR.1.

Later Bentley developed the engine even further, and he brought its capacity up to 230 h.p., while its specific weight was up by only 0.94 kg. This version of the engine was the BR.2. One of the first planes to have an example of the new engine fitted, was, unsurprisingly the Sopwith Camel's replacement, the Snipe.

The result of this development appeared more than satisfactory - an increase in take-off weight of 35 kg, but maximum speed up by more than 15 km/h, and it was an impressive piece of engineering. The Bentley powered variant of the Sopwith Camel did not receive a distinct name, in manufacturing documents it was simply marked "Sopwith F.1 Camel with Bentley B.R.1 Engine". The engine was mainly installed in new build machines, however when under repair 'old' Clerget 9B Camels frequently received a new Bentley B.R.1 engine. Their long fighting service extended to the very end of the Great War.