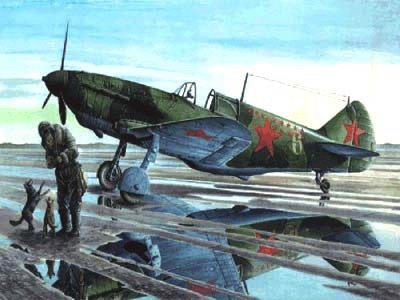 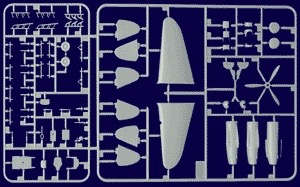 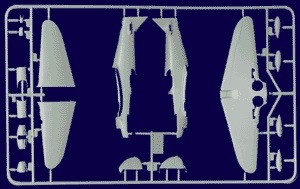 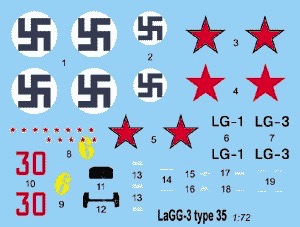 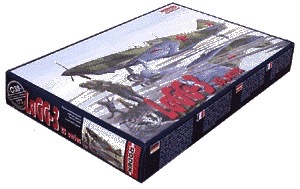 In the spring of 1940, a group of designers directed by S.Lavochkin, V.Gorbunov and M.Gudkov proposed a new experimental fighter to be built for test flight - the "I-301". As a result of shortages concerning metallic materials, basic construction was made using "delta-wood", or wood soaked in special phenolic resins. The aircraft was powered by a 1050h.p. M105P liquid-cooled engine enabling it to reach speeds of 605 km/h - it was faster than a modified "Me-109", Germany's main fighter. Production of the new plane, named the LaGG-1, was started just before the end of flight testing, the plane's construction being developed in time for production to proceed serially.

Series 35 was a modification, equipped with the more powerful M-105PF engine. For weight reduction some armament was deleted - only one UBS machine gun and one ShVAK cannon remained. To increase maneuverability the aircraft was equipped automatic slats, and aerodynamic performance was improved. After that LaGG-3, series 35 approached the performance of the Me-109F, Germany's main fighter.

Aircraft of this type were used all over the Eastern Front, the Finnish Air Force also using a few captured LaGG-3. More then 6500 planes of all modification were built in total.