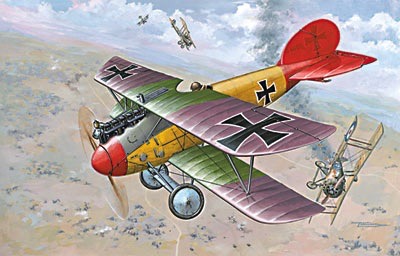 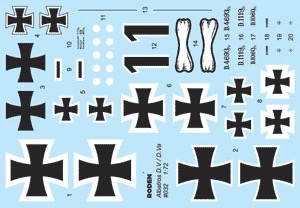 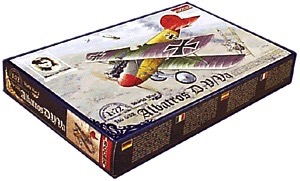 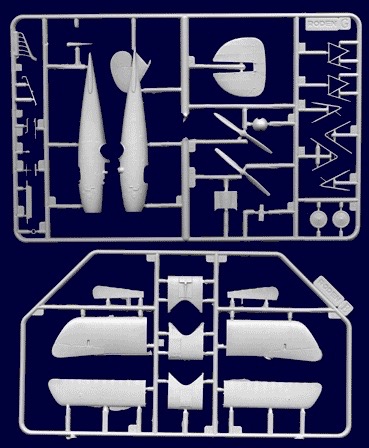 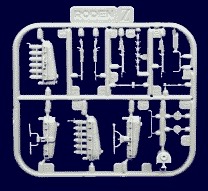 Along with the beginning of production of the Albatros D III plane under the license at the OAW plant, the Albatros Flugzeugwerke started to work on further modernization of this fighter. A new prototype, the D.IV appeared; however, due to poor performance this project was soon abandoned. The next version, the D.V, br>had the same wing shape as the D.III, but the design of the fuselage had been completely revised: all of its cross-sections were oval, unlike the flat-sided fuselage of the aircraft's predecessors. Thus, one of the most elegant fighters ever built was introduced.

Apart from the new fuselage, the D.V had a rudder of rounded shape, similar to the D.III OAW, and the underfin had a more raked appearance. The aileron controls on the D.V passed through the upper wing; like the British S.E.5, this aircraft had a headrest just behind the cockpit. In comparison with the D.III, the wing gap had been reduced from 1.54 m to 1.47 m.

The first series production D.V fighters arrived at the front in May 1917. Their appearance did not cause the same sensation as had earlier versions of this aeroplane -- by this time new allied fighters were of better performanced than the D.V fighters. Yet another unsolved problem inherited from D.III was the lower wing failures followed by numerous fatal accidents; twenty-three pilots were killed during the first three months of the aircraft's service because of this structural failure.

However, despite the aforementioned problems, 900 aircraft of the D.V type were built. The increasing activity of the Allied Forces made Germany build more and more fighters. The Albatros Flugzeugwerke was the only manufacturer capable of producing aircraft in large quantities.

In the second half of 1917 another sub-modification - the D.Va - appeared. The major difference of this version was the absence of the headrest in response to pilots' complaints about the worsening of field of view to the rear. Also, the aileron control cables were now led through the lower wing. The gap was reduced again - this time by 38 mm. The Albatros parent plant produced 1,012 D.Va aircraft; the subsidiary OAW plant produced another 600 planes of this type.

This fighter was considered already obsolete at the beginning of its service, but if flown by an experienced pilot it could be a very effective weapon. Famous aces like Manfred von Richthofen, Ernst Udet, Erich Loewenhardt and others scored many victories flying the D.V and the D.Va. At the beginning of 1918 the Albatros D.V/D.Va was Germany's most numerous fighter. In May there were 1,117 airplanes of both versions in combat units (131 type D.V machines and 986 D.Vas), over 50% of the total number of German fighters. Only the production of the famous Fokker D.VII by the Albatros and OAW plants made the Albatros D.V/D.Va fade into the background. However, these aeroplanes still remained in service until the last days of war.