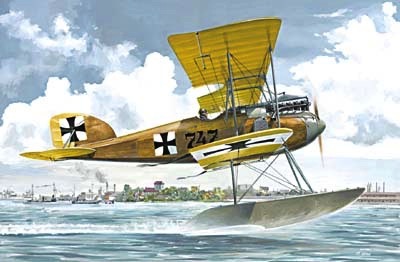 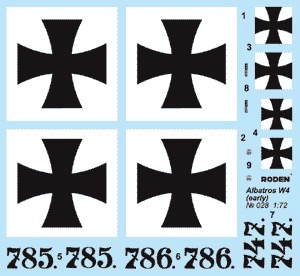 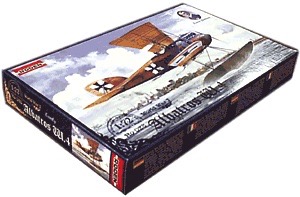 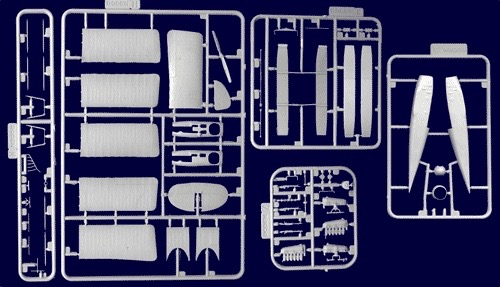 In the middle of 1916 the Military Command of Germany placed order with several companies for building special fighter with floats. The aircraft of this type was needed to protect naval bases along the Flanders Coast.

The Albatros Flugzeugwerke, which at that moment started production of Albatros D.I fighter, very quickly re-developed D.I.'s design to the naval requirements. Fuselage construction remained the same, however the wings area, as well as the gap between the wings, increased. The configuration of the tail plane unit also changed and undercarriage was revised for floats installation.

The first prototype (w/n 747) was delivered for test flights in August 1916, but soon it was returned to the factory because the floats were too short. One month later, W.4 was tested again. Pilots reported that the plane was difficult to control, but its maximum speed and climb speed were sufficient.

The first three planes (production numbers: 747, 785, 786) were equipped with early-type floats; the next 10 planes (w/n 902,911) that were produced in 1917 had floats of improved type. Such floats were installed to all planes that were built later.

The exploitation of aircrafts in the naval environment encountered certain troubles: salt water could easily spoil fabric-covered wings, wooden floats and propellers; besides that, side radiators tended to boil-off more water than it was necessary. All these shortcomings were to be eliminated in the process of mass-production.

Starting with the plane no.1484, which conducted its first flight in July 1917, all W.4s were equipped with four ailerons and wing-mounted radiator; struts between fuselage and floats were slightly shortened. Maneuverability of the late version was better, but inspite of all these advantages, W.4 did not continue its military service. At the end of 1917, the successful exploitation of two-seaters like Friedrichshafen FF33 and Hansa Brandenburg W.12 proved that two-seater fighters were the most suitable for naval service.

In total, 118 Albatros W.4 were built; Austria-Hungary purchased eight of them, and the last lot of 20 aircrafts had never been dispatched to the combat units. In August 1918 only nine W.4s were used for the military service (four on the North Sea and five in Turkey), all others were either at training stations or under repair.