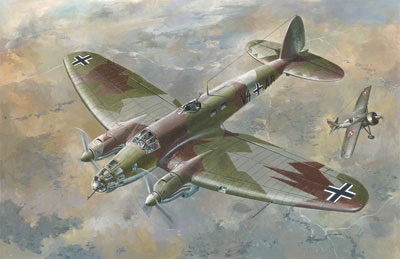 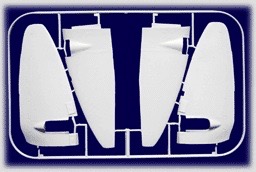 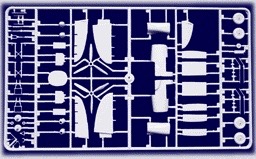 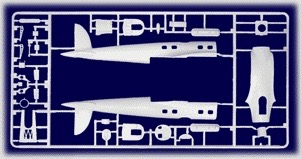 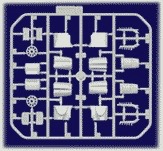 DISCONTINUED This product has been discontinued
and is no longer available.List price: $29.99
You pay: $21.89
(All prices in U.S. Dollars)

At the end of 1936 the Heinkel Company began research with the aim of modernizing the early version of the He 111, the B-type. These tests went in three different directions: new powerplants, a new wing development that had to be easier to manufacture, and a new fuselage nose section.

At the beginning of 1937 the prototype He 111V6 fitted with the new Jumo 211 engine took off from the Heinkel factory's airfield. Its performance was better than that of the B-type - speed increased by 20 km/h. However, the Jumo 211 had many defects, and the plane was returned to the factory. At the same time another new modification, the He 111D - with 'old' DB600 engines - reached a maximum speed of 410 km/h; this compared well with contemporary fighters from other countries. Nevertheless, the Heinkel company believed that the Jumo 211 engine had high potential, and the He 111D program was cancelled soon afterwards.

In January 1938 the first 'Emils' (unofficial name of the He 111E) left the factory. The engine's problems were eliminated and the new type reached a maximum speed of 425 km/h (cruising speed with a 2000 kg bomb load was 380 km/h). Mass production of this modification started immediately.

The first Jumo-engined version of He 111 started to arrive in combat units in the summer of 1938. The first one to receive the type was Kampfgeschwader 1 'Hinderbur' - the Luftwaffe's elite unit.

The Condor Legion, which still continued to fight in the skies of Spain at that time, lost nearly 30 He 111Bs in action. These losses had to be compensated for, and starting in the summer of 1938, 35 He 111Es were delivered to this unit (25 machines of the E-1 type during summer-autumn and 10 machines of the E-3 type during the winter of the same year).

In mass production, the He 111 was given further minor improvements (mainly in special equipment, defensive armament and installation of additional fuel tanks). 220 He 111Es were built in total. At the end of 1938, the He 111P 'second generation one-eleven' was successfully tested. All He 111Es that were still in service were passed on to the training units before September 1st 1939, when WWII started.