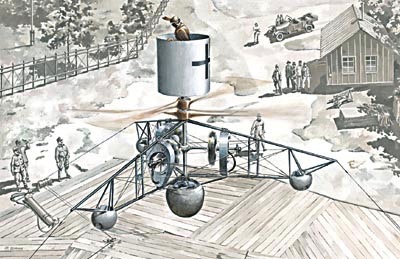 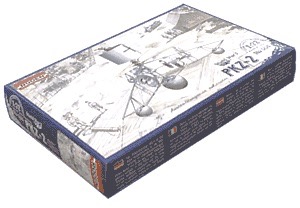 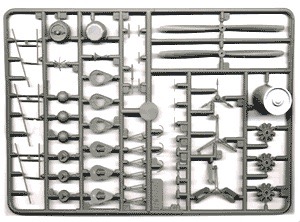 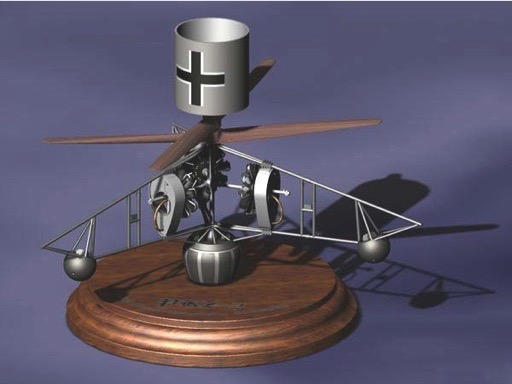 The world's first real helicopter was built in Austria-Hungary during the last stages of World War I. Yet during 1916 Major Stephan Petrochy proposed the idea of replacing observation balloons by a new-type of machine. He suggested that a helicopter would be more reliable and less dangerous then hydrogen filled balloons.

Initially the new helicopter was planned with the installation of the 300 hp electric Austro Daimler motor, but this decision proved wrong because of it being too heavy.

In its final configuration the PKZ-2 ("PKZ" for Petrochy-Karman-Zurovec whose ideas and decisions gave a life to helicopter) was a counter-rotating machine with two rotors and three 100 hp Gnome rotary engines; construction was light and assembly easy for transportation purposes. The PKZ-2 was a "tethered" helicopter, with tethering cables retracted by winches on the ground. The observer occupied a special cupola-like basket; he could leave the cupola with a parachute, if necessary.

Test flights of the PKZ-2 began in April of 1918. The more powerful Le Rhone's soon replaced the unreliable Gnome's. The helicopter performed more than 30 successful flights, but some problems with stability were still unsolved.

On June 10, 1918 the PKZ-2 was demonstrated for military commanding officers; two flights were made with observers in the basket, but others were made without an observer. On the same day the helicopter crashed from height and was slightly damaged. Military command refused the PKZ-2, saying it represented a "high danger to the observer". On June 21st the project was cancelled.

Finally, the PKZ-2 was a revolutionary design for its time. Only forty years later the counter-rotating scheme was introduced on the Kamov helicopters in the Soviet Union: other countries generally would not adopt this scheme. And although the PKZ-2 was never used operationally, it really was the first real helicopter and the only helicopter which flew in the skies of World War One.