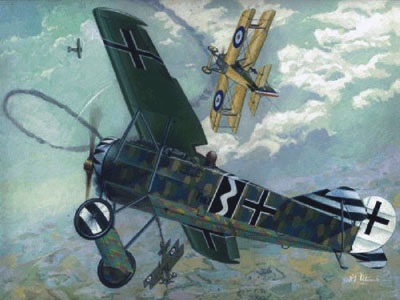 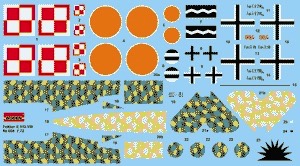 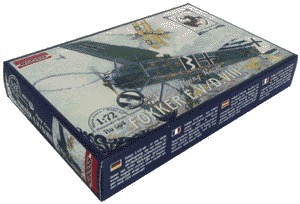 The Fokker E.V was the last fighter type built by Antony Fokker for the German Fliegertruppe during WWI. The aircraft was a plywood-covered, fully cantilevered parasol wing configuration.

The E.V was just in time for the Second Fighter Competition (July 1918). The Plane was regarded as the best of the rotary - engined competitors. Production started immediately, and in July the first production planes were delivered to the Front. The performance was impressive and pilots nicknamed the plane the "Flying Razor". But after two flying accidents on August 16 and 19, when a wing failed in flight, the type was immediately grounded for investigation. Production was stopped, and all previously made E.V's were returned to the Fokker factory.

The wing structure was strengthened, and workers were more careful with assembly procedures. The aircraft returned to the front during October as the "Fokker D.VIII". The letter D, which used only for biplanes, indicated that the new wing was twice as strong. But the D.VIII came to late, because the war was ending. Only one victory, achieved by a pilot flying the E.V, had been confirmed; the victory awarded to Emil Rolff from Jasta 6 on August 17.

289 planes of this type were built in total; it's military service continuing after the end of WWI. Eight (four from other sources) E.V's from the Polish Air Forces flew against Russian and Ukrainian forces in 1919. One of these planes was captured by the Red Army and used by the Soviet's until the mid 1920's. Some planes reached Holland, Italy, Japan, the USA, and England as trophies, in total all the E.V's/D.VIII's were scrapped in accordance with conditions set forth in the Armistice.