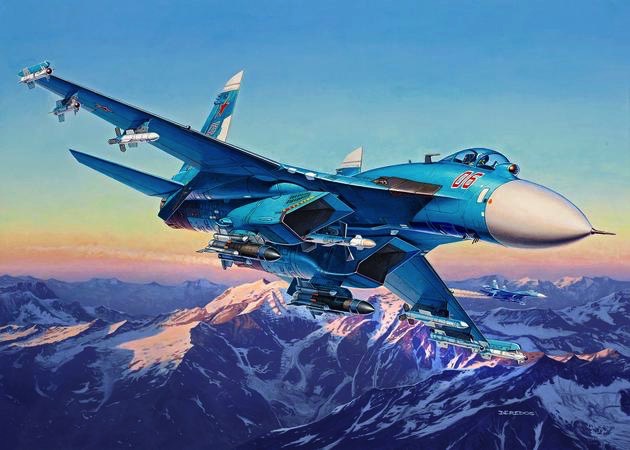 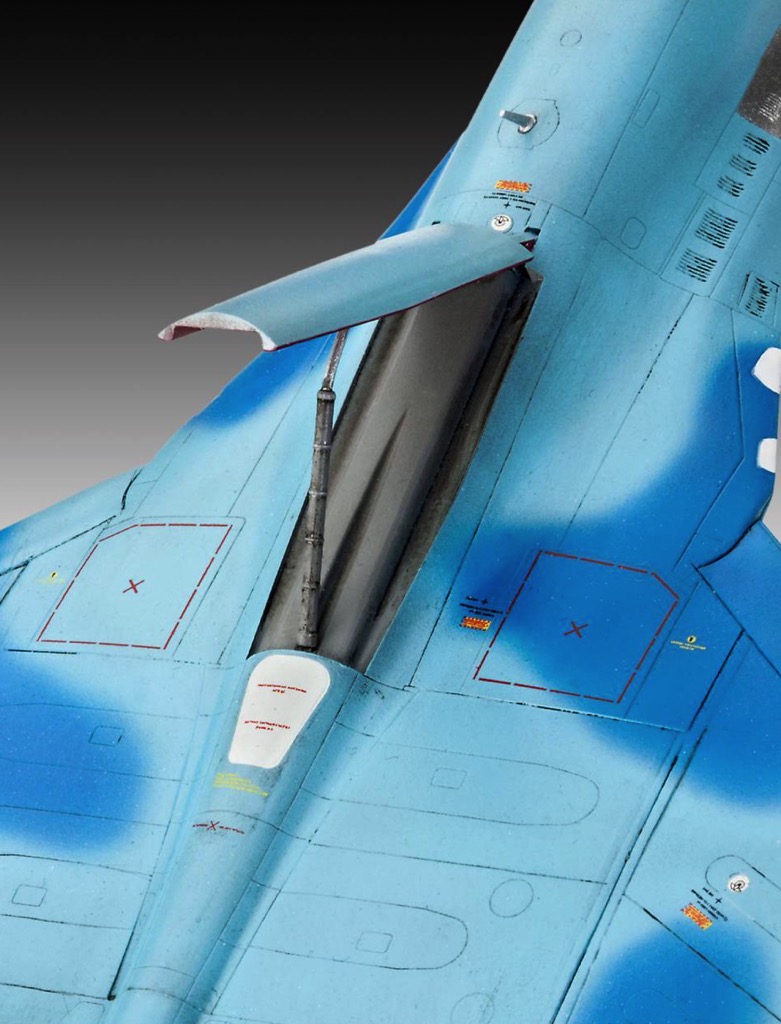 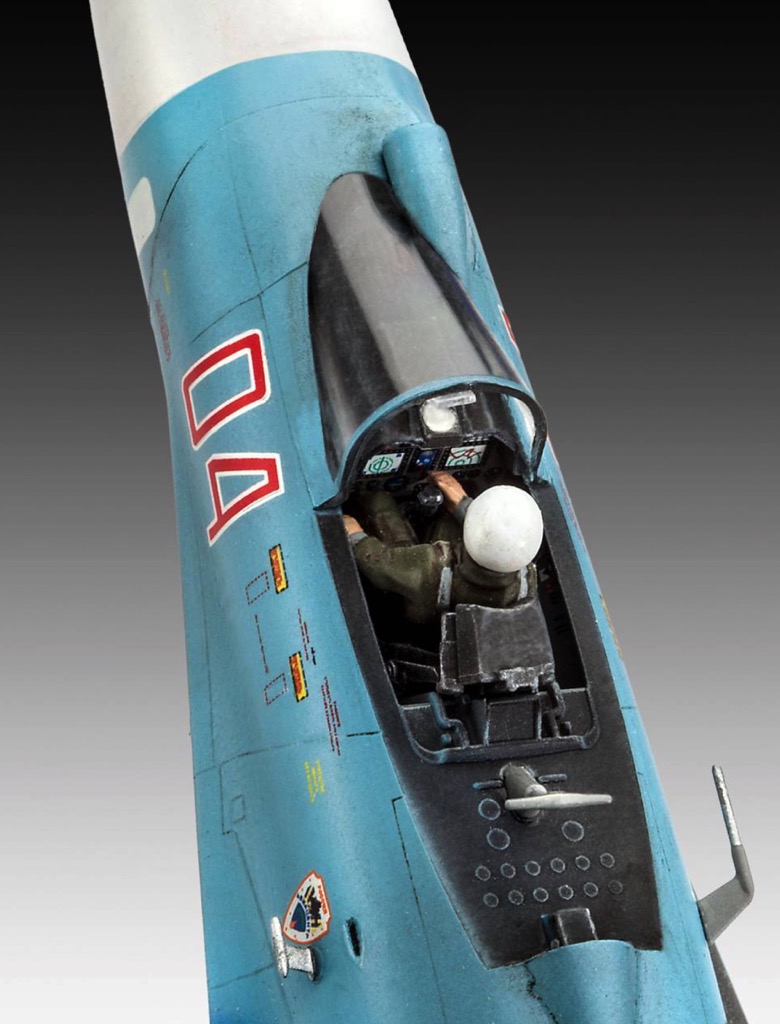 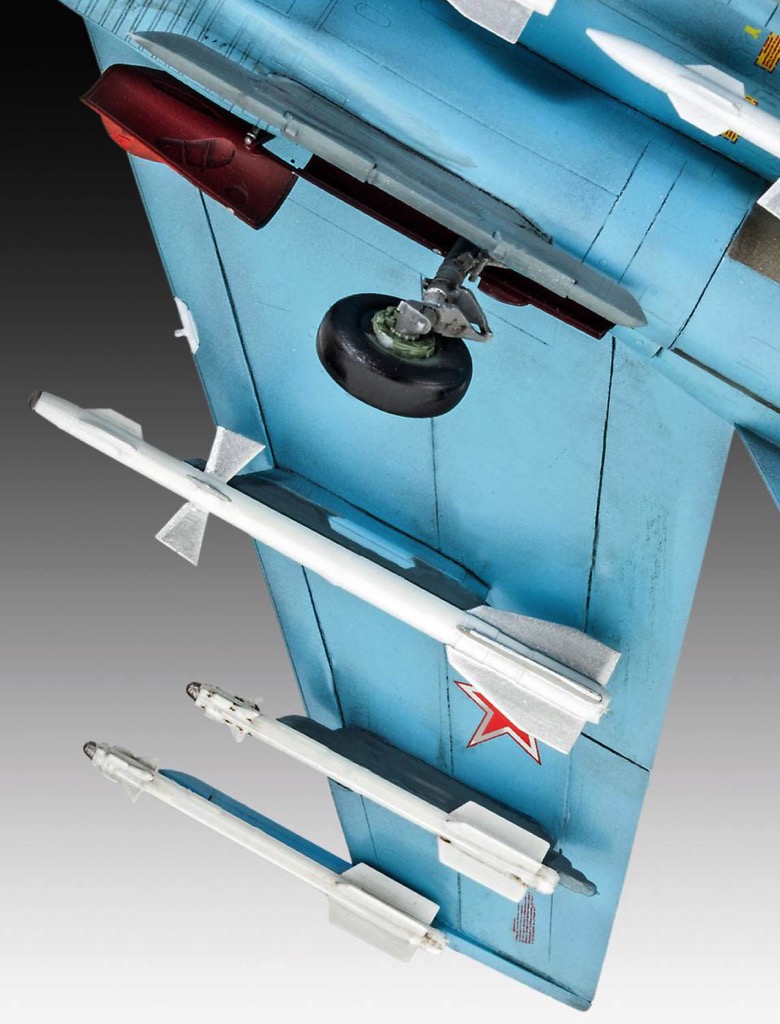 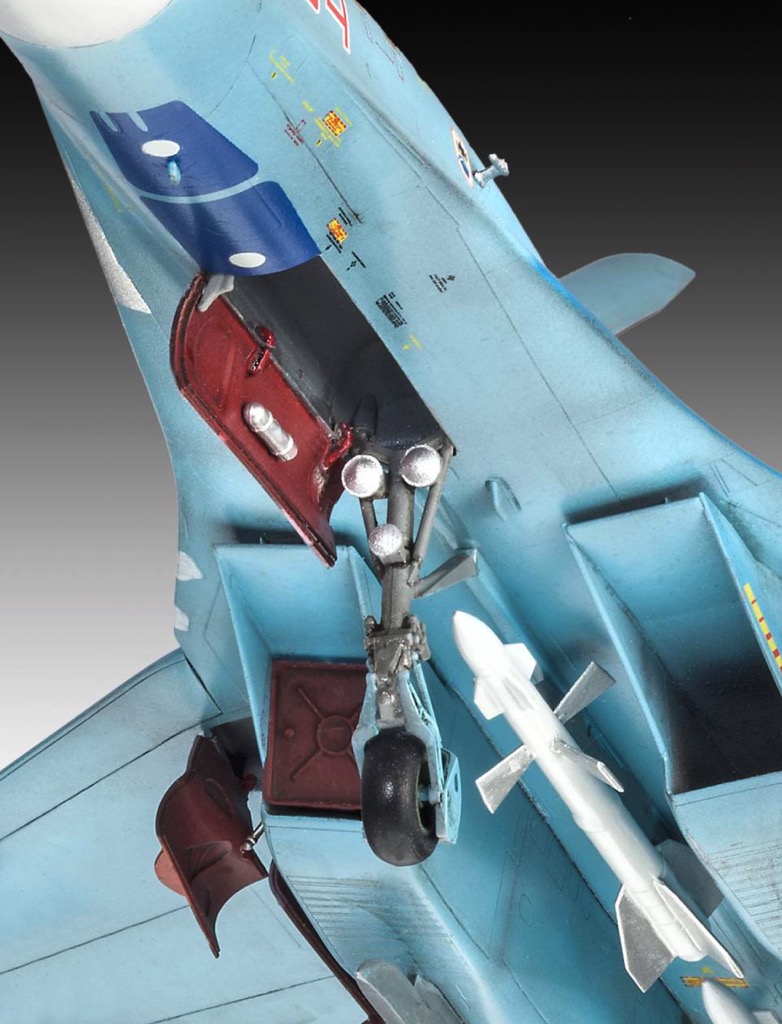 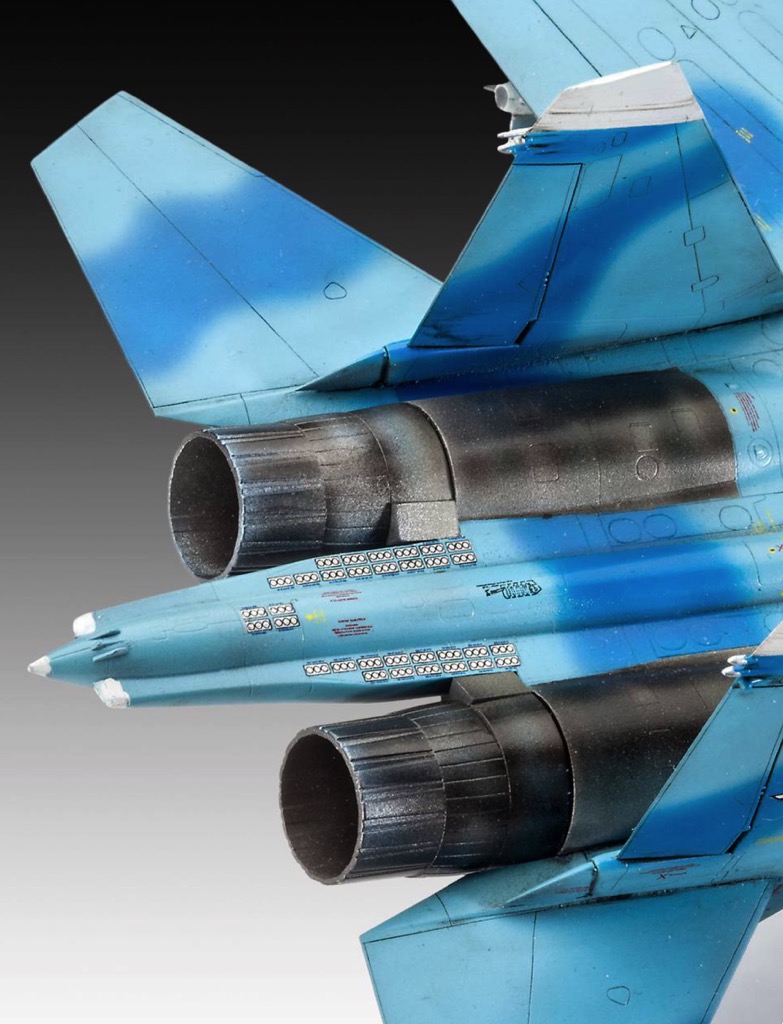 The Su-27 Flanker is known worldwide as one of the best fighter aircraft. It has spectacular manoeuvrability which is achieved for example by modifying the wing leading edges. Due to the powerful thrust of its engines the Su-27 is easily able to perform the legendary Cobra maneouver. This air superiority fighter was developed to counter the F-15 Eagle and entered service in 1984. After 1991 the Su-27 modernization program came to a halt. Development was only continued after later export successes. At the end of 2004 the first Su-27 SM's were delivered to front line aviation units. The AL-31 FM engine now produces 13.5 tons of thrust. Maximum speed: Mach 2.15 at 10,000 m (30,000 ft) altitude, weapon load 8 tons.