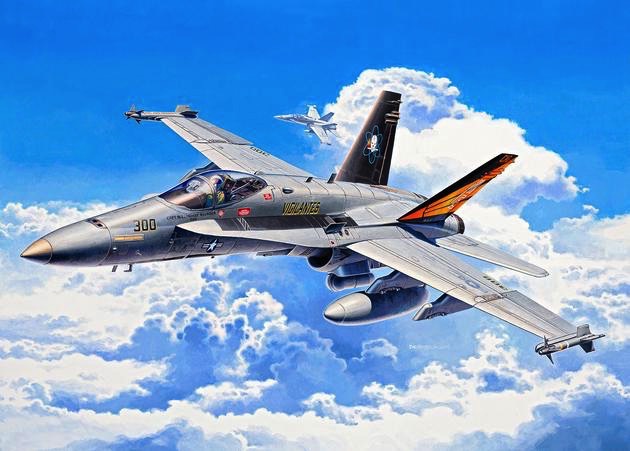 The F/A-18 carrier based all-weather multi-role combat aircraft was developed on behalf of the US Navy and the US Marine Corps to deploy from aircraft carriers of the Nimitz class. It should have the ability to combat land, sea and air targets over long ranges. Flight testing of the improved F/A-18C version began on 3 September 1986. Since 1986, the F/A-18 was involved in all major military operations concerning the United States. The aircraft's missions include securing air superiority, reconnaissance, airspace surveillance and air-to-ground attack.