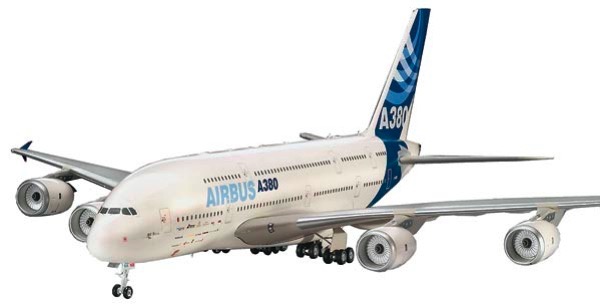 One of the key milestones in the Airbus A380 programme took place on 18th January 2005. The world's first full-length twin-deck aircraft was officially revealed to the world for the first time at a ceremony to be held in the Jean-Luc Lagardere Final Assembly Line hall at Toulouse, France. More than 4,500 guests attended this event. The A380 reveal will also mark the launch of Airbus' new livery. The change in livery, the first since the A310. The A380 is the first aircraft to display the company's new colours that reflect not only Airbus' current market position but also its ambitions to pursue aviation excellence long into the future. The 555-seat A380 passenger aircraft has a range of up to First passenger operations are scheduled to begin in 2006 when the A380 is due to enter service. The first A380 to take to the air landed at Blagnac international airport in Toulouse, France on 27th April 2005 at 14.23 local time (12.23h UTC) after successfully completing its first flight that lasted three hours and 54 minutes. For its first flight, the A380 took off at a weight of 421 tonnes / 928.300 lbs, the highest ever of any civil airliner to date. This maiden voyage, during which all primary flight test objectives were met, marks the beginning of a rigorous test flight campaign involving five A380. The scope and rigour of the A380 ground and flight test programme should also prepare for a smooth entry into service.