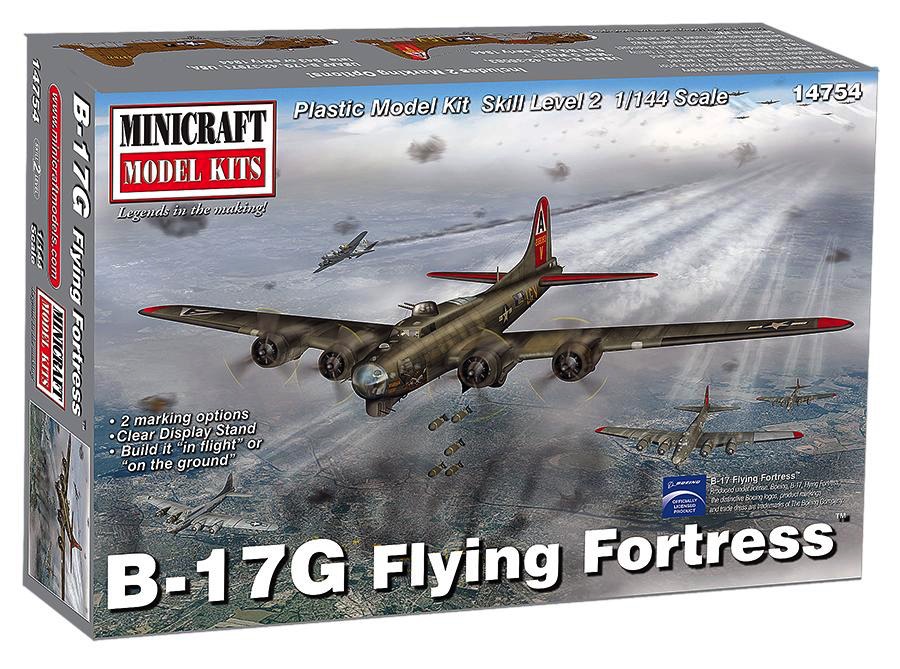 The B-17 was one of the most advanced heavy bombers in the United States Army Air Force prior to WWII. Several versions of the B-17 served throughout the war, the B-17G was the last and among the most heavily armed of the B-17 family. The B-17 was the primary bomber used to conduct the daylight bombing campaign against Nazi Germany which contributed to the defeat of Germany in WWII. This new kit features the new posable clear stand for displaying the model in-flight and new markings for 2 aircraft that operated with the 8'Th Air Force in WW2.