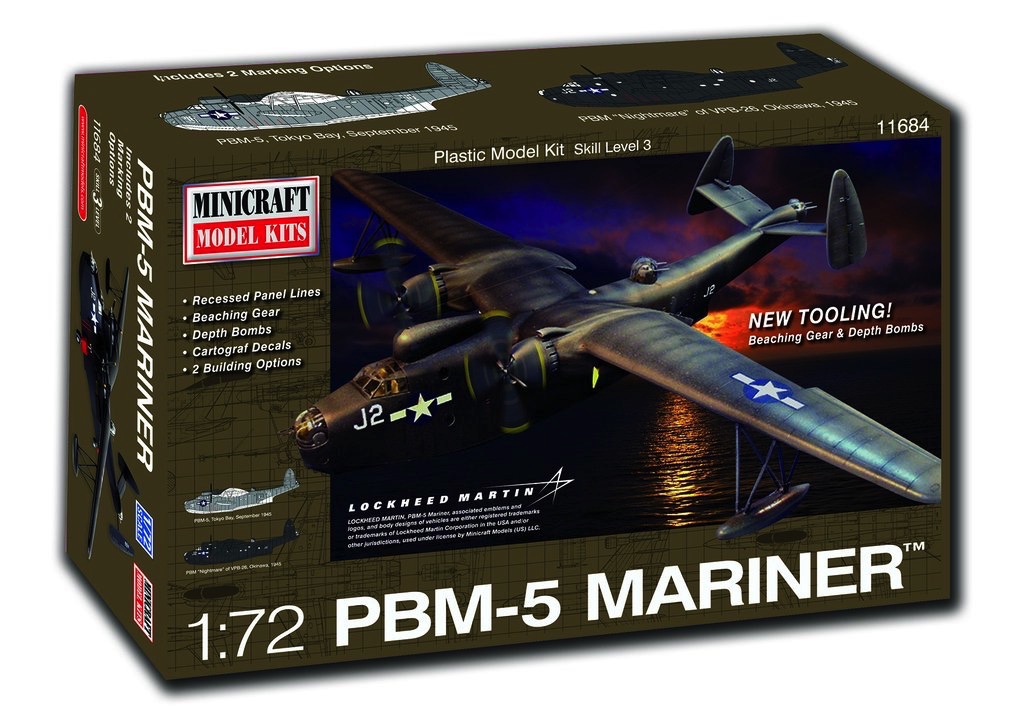 The Martin PBM Mariner was an American patrol bomber flying boat of World War II and the early Cold War period. The first PBM-1s entered service with Patrol Squadron Fifty-Five (VP-55) of the United States Navy on 1 September 1940. In late 1944, the service acquired 41 PBM-5 models and more were delivered in the latter half of 1945.

Decals and markings for 2 aircraft: